Do you wanna know how does Grindr work, Grindr app is the most famous gay dating app on the market that works.

Have you never heard of Grindr? Or better yet, have you heard of it but you haven’t decided to create an account because you don’t know how it works? Well, it’s basically a Tinder just for gay guys and men. That’s how the Grindr app works, although there are a few things you might want to know about this tool. In this article, we tell you how it works, a bit of its history, and one of its most useful functions.

Grindr is the best-known application for picking up gay men on the market. And it is for two reasons. It was the first to become famous back in 2009 with the arrival of the iPhone and apps, and also, and perhaps for that reason, where you can find more profiles. It’s the biggest pond with the most fish to catch. Although its history has had ups and downs of all kinds.

Grindr has been attacked for not defending users’ privacy by collecting information about users’ HIV status. It has also passed from the U.S. to the Chinese and back to the U.S. hands over national security concerns. But even so, the app remains the star in gay relationships. It doesn’t matter that they introduce too many advertisements or that half of the functions are forbidden to a rather high paid subscription. It is the reference in this market. Of course, it tends to have a rather sexual and direct tone. Or at least more marked than in the case of Tinder. Which does not mean that you can not meet people to talk to and not just to sleep with them… 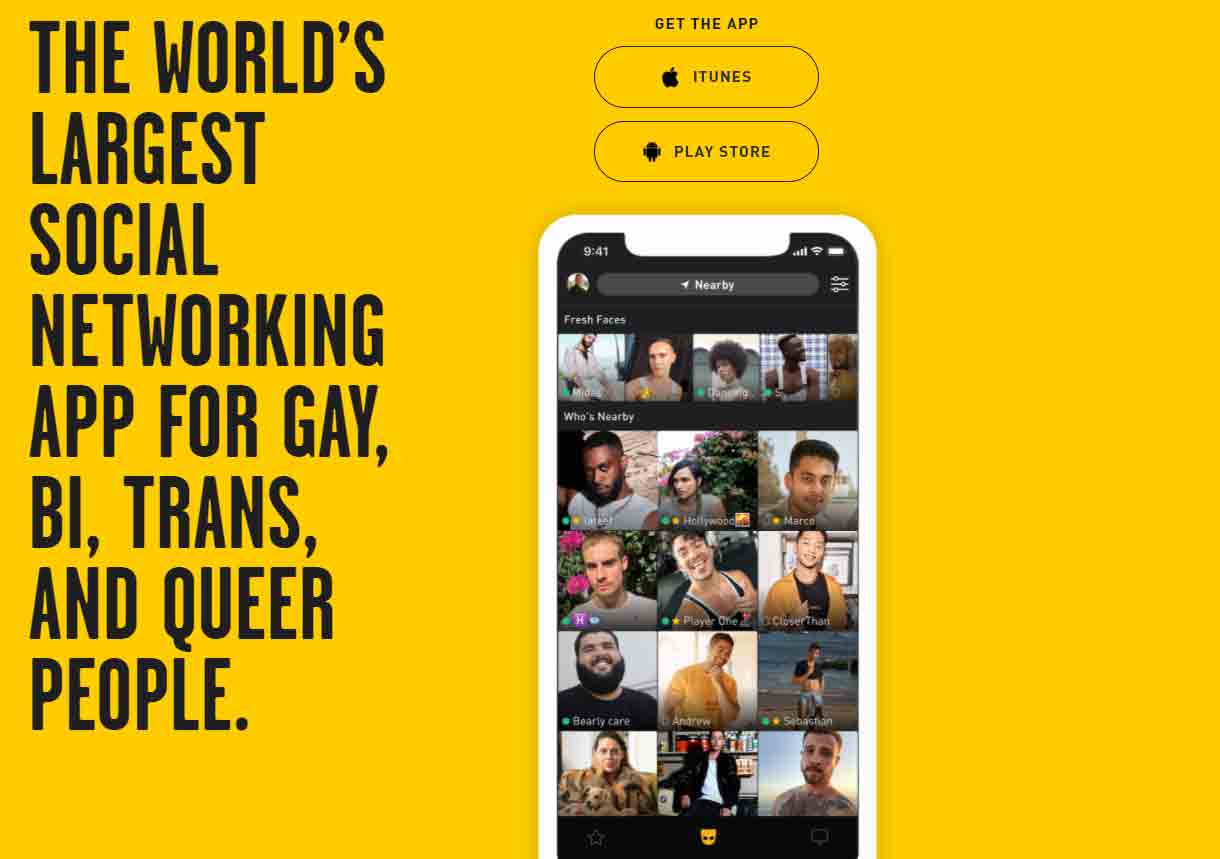 Well, once you download it for free and create a profile with your email, the only thing left to do is to develop your profile within the application. You can upload up to eight photos to show yourself. Of course, preferably clothed, as full nudity is forbidden and such photos may be rejected. You can also add a description, your age, gender, weight, height, orientation, role, and other details such as urban tribes you belong to. Not everything is mandatory, though. You will be able to complete whatever you want to complete to launch yourself into the world.

And now you can start flirting. Unlike Tinder, Grindr geo positions your location live. So you’ll need to use your phone’s GPS often. With this, instead of showing you profiles and saying whether you like them or not, a grid full of people appears. This is shown in order. From closest to farthest profiles from top left to bottom right. The further down the grid, the farther away that person will be. Something very useful to try to find out the distance of contact if it is not actively displayed in the profile.

You will be able to see a limited number of profiles. But those that are close you will be able to consult them as much as you want. You will have their photos, their profile information, and two ways to contact them: one is through taps. You can make a long press to change the tone of the tap and choose if you want to start a conversation or send fire for something hotter… The other option is to start writing a message. Like any current chat, you will be able to compose messages. There are no limitations. You can also send photos, videos, audios, emojis… The possibilities are not very limited here.

However, as soon as you want to filter search results in the grid, see more contacts or make video calls, a Grindr Xtra ad appears on the screen. This is the subscription with the rest of the app’s features. You can live without it, but many of the most useful options like knowing who has viewed your profile are here.

How to send an Ephemeral photo on Grindr

One of the common practices on Grindr is sexting or sending messages with private content. But how to send an ephemeral photo on Grindr? Well, it’s simple. Just click on the camera icon to display the usual gallery. Here mark the photo you want to send and, before taking it to the chat, look at the icon in the lower-left corner, with the appearance of a clock. Here you can click to activate that the photo is only 10 seconds long. After this time the image is destroyed and no trace of it remains. So the other party can no longer see it.