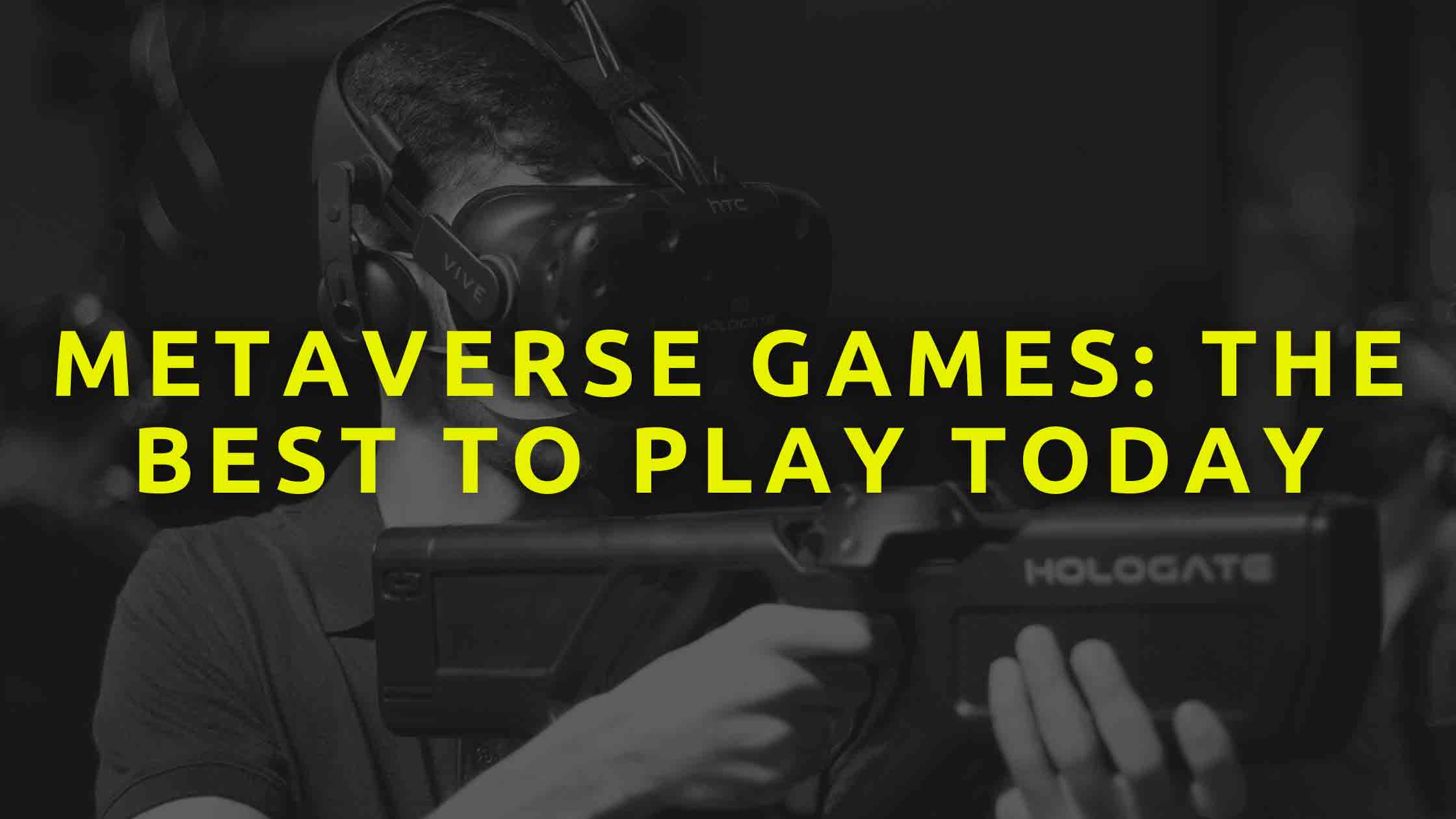 The metaverse is a virtual universe whose main purpose is to improve the overlap between digital reality and physical life. Through it, it is possible to monetize and encourage socializing, shopping, entertainment and productivity. Also known as web3, the metaverse is a “meta” universe, i.e. a virtual reality platform that goes “beyond” the normal boundary between real life and online fiction. It represents the evolution of the Internet, with new generations of three-dimensional games that allow an economic return not only to developers, but even to players. Below we’ll find out how games related to the metaverse work and suggest some that might be worth trying today.

The Correlation between Metaverse and Gaming

Finally, the metaverse is expanding into the mainstream attracting both the video game industry and the rich titans of the tech sphere. The metaverse is a world full of promise, equating social media, video games and technology. It also encourages user interaction, shopping, and the creation, exchange, and ownership of virtual resources that have market value, such as digital land.

The future in which gaming will evolve into the metaverse is therefore getting closer and closer thanks to the interest of giants such as Epic Games, Microsoft and Walt Disney, who aim to overcome the existing barriers between different apps and take advantage of artificial intelligence, the Internet of Things and augmented reality.

This virtual universe seems to have become so important that Mark Zuckerberg changed the name of his company, Facebook, to Meta, turning it into a major center of the metaverse. The news has helped to spread the knowledge of the metaverse in all kinds of markets worldwide.

So, gaming will join even more the digital universe and even cryptocurrencies through the optimization of high performance platforms, secure and built on the systems for transactions in digital currencies related to the blockchain, for example Ethereum.

How Games Work in the Metaverse

Metaverse games differ from more traditional video games because they allow players to fully dispose of their gaming resources and earn cryptocurrencies. Each metaverse game relies on internal tokens, which are virtual transaction tokens that can be bought, sold, traded, earned or created by users. Beyond the operating system installed on the device in use, to start playing metaverse games you need a crypto wallet, i.e. an electronic wallet suitable for storing and managing cryptocurrencies.

Although some games may require an initial sum of money, usually to earn cryptocurrencies and accumulate prizes you just need to play assiduously and get NFTs (Non-Fungible Token) to sell. NFTs are non-fungible virtual tokens, i.e. they are not replicable because they are exclusive, and they represent a valid tool to identify with certainty products generated via the Internet, such as digital works of art or strategic or aesthetic objects fundamental in metaverse games.

Metaverse games are beneficial for bringing people together and entertaining them by making everything more compelling and hilarious than the norm, for example by offering mysterious or imaginative realities such as an alien planet in which to act virtually. Staying with the metaverse theme, here are the most engaging projects of the moment: Decentraland, Axie Infinity, Sandbox and Enjin.

Decentraland is a metaverse platform that allows users to generate, test and monetize software and content. In addition, players can buy virtual land (LAND) on which to construct buildings or other things with real value and then resell them to earn money. The value of land increases depending on the influx of people on the street. Users can exploit land plots to create interactive games, three-dimensional scenes and additional experiences of various kinds. Decentraland’s tokens are LAND and MANA. With LAND tokens you can buy NFT while with MANA tokens you can pay for avatars, clothes, names, etc.

Axie Infinity is a metaverse game distinguished by the play to earn feature. It allows users to earn real money while playing a virtual game. It also allows users to earn money by selling avatars and, in the near future, consumer products such as cosmetics and digital terrain. Victories in battles against other players lead to earning SLP tokens, which can be traded or burned to spawn virtual creatures (Axies). You need a minimum of 3 digital creatures to start playing. In addition to the SLP token, the Axie Infinity game features the AXS token, whose value depends on the success of the game and the demand of active players, and NFTs.

The Sandbox metaverse game allows players to generate, buy and sell virtual resources in the most suitable game format. It is a decentralized platform serving a large group of users whose files have the DAO extension. Sandbox makes use of NFT cryptographic tokens and SAND tokens. The latter are used to exchange LAND (digital land) and financial ASSETS or are wagered for rewards. The Sandbox virtual reality platform allows customers to be both players and content creators to further the development of the metaverse.

Finally, the Enjin metaverse platform is distinguished by its main focus on facilitating the creation of game content and the generation and subsequent management of virtual assets. Using Enjin, it is possible to buy, sell and exchange objects with a cash countervalue and to make everything that is most useful for games and software. The cryptocurrency of the Enjin platform, which was created to help online users such as publishers, developers and players in buying, selling and managing virtual assets, is called ENJ Coin. The melting feature allows you to disintegrate blockchain assets and redeem their value so as to turn ENJ Coin into an anti-inflation token.

Star Atlas is a space-themed multiplayer video game set in the distant future, in the year 2,620. It is based on the Solana blockchain and utilizes Unreal Engine 5’s Nanite graphics technology to create cinematic quality visual experiences.

In this intergalactic universe there are three factions in conflict with each other for political domination. Each player, an inhabitant of the Star Atlas faction, undertakes journeys full of pitfalls to earn resources and rewards that will let them outsmart other players in the metaverse. You can help build cities and micro-economies in the game, as well as create decentralized autonomous organizations (DAOs) to rule specific territories.

There are two cryptocurrencies used within the game: Atlas and Polis. Players in the Star Atlas universe can trade, obtain, and create non-fungible tokens (NFTs) such as ships, game structures, equipment, or collectibles with which to influence the metaverse’s economy; a virtual economy that represents resources and properties that naturally have value in real life.

Unlike other centralized multiplayer, Star Atlas is based on the logic of decentralization. Players own the properties they accumulate in the game and enjoy the ability to sell NFT game items on secondary NFT markets, thus incentivizing monetization through participation in the platform.

Star Atlas, in addition to being built on the Solana blockchain, which has 200 operational nodes worldwide and can process up to 50,000 transactions per second, is integrated with Serum DEX. Atlas token holders will have the ability to provide liquidity or sell and buy their tokens by interacting with other DeFi platforms.