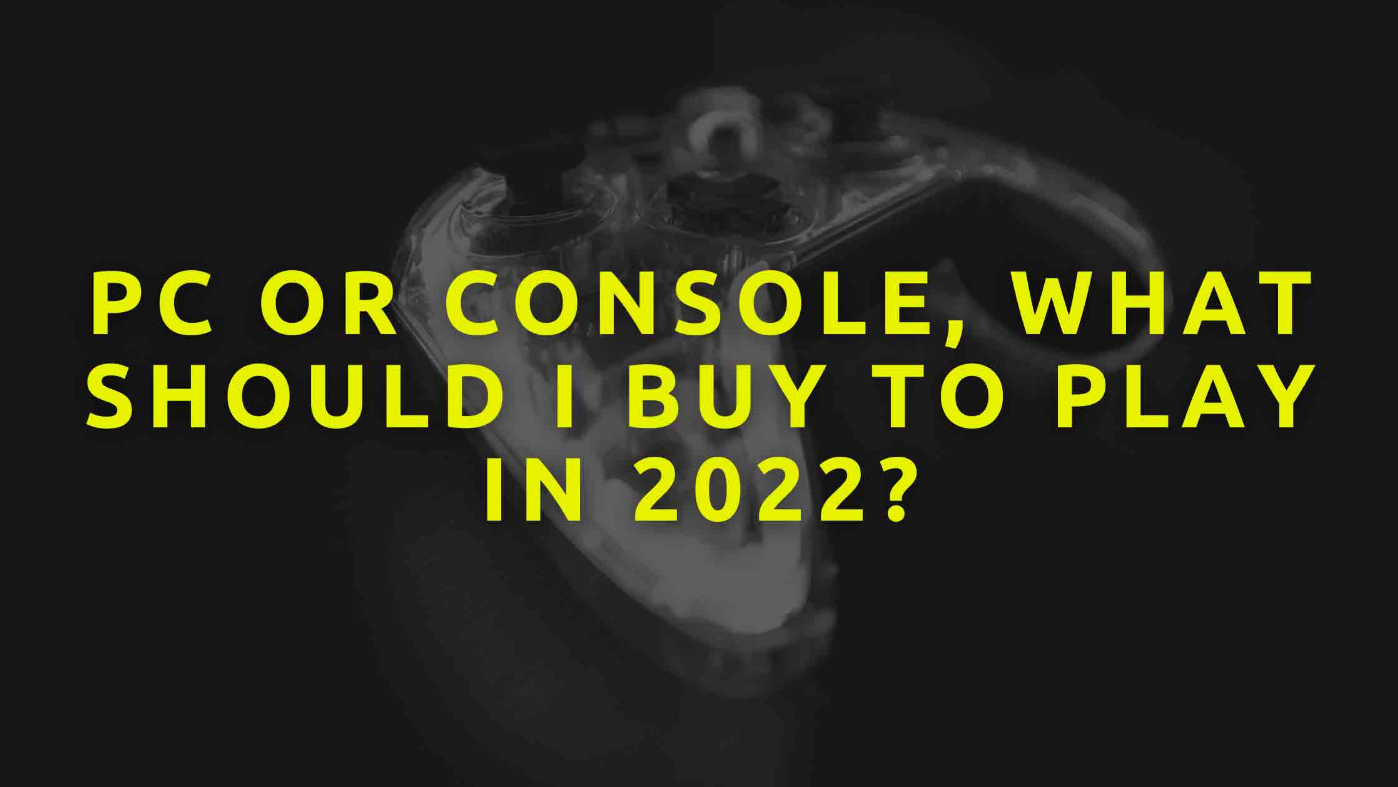 We are facing one of the doubts of many gamers at this time of the year: PC or console? Everyone wants to have the best device to play at home with the quality of a machine adapted to their needs.

A gamer not only wants to play the best titles of the year, but also everything that comes along in the next few years. That’s why we’re going to make a decision based on what you’re looking for.

Is a PC or a console better?

We are at a time when users have more doubts than ever when it comes to choosing between one device or another to play.

It is normal, and there are factors that tip the balance to one side or the other depending on what you choose. But the big question when it comes to choosing is always there and it is none other than whether it is better to play a computer or a console.

The truth is that consoles are becoming more and more similar to computers, but their use is not exactly the same. And it is here where we find big differences, which we will evaluate below.

Let’s start by taking a look at the merits of computers as gaming devices. As you may know, different hardware manufacturers have focused on offering many products oriented to the gaming version.

Their design is aggressive and, it is rare to see a person who wants to build a gaming computer without some part with RGB lighting built in. Hence, customization is a plus point.

Another interesting point is the modular system. You have a box and in it go all the components that you can remove, put in and replace quickly and easily.

This does not happen in all the components of a gaming laptop, where part of the customization is sacrificed for mobility.

Hence the third point is that, if you have a significant budget, you can have a computer to play at its best for years. Developers work with computers to make video games and in many cases, graphics and loading times are better and faster respectively on these devices.

As far as cons are concerned, price is a determining factor. Yes, you can get a gaming PC, but it won’t cost you less than four figures if you’re looking for the best of the best and multi-year compatibility.

Of course, sometimes PC games, only in specific cases, some of the features are reduced precisely to optimize it with the console versions.

These are the famous ‘ports’, which suffer reductions in the qualities of the game in pursuit of better performance. On the other hand, the exclusive games can call your attention depending on each company, where only strategy games are saved in some cases.

The doubt of whether to buy a PC or PS5 or Xbox Series X can be a bit arduous although you may be clear about the pros of consoles.

Of course they take up a moderate amount of space on a table or desk and in some cases, such as the PS5, you can use them as a multimedia player thanks to their optical drive if they have one, of course.

They also have a tighter price, determined because the materials used for their construction are intended for gaming, but they have the right capabilities for it. They have exclusive titles in many cases, something that many people like when choosing a device to play.

On the cons we have that their repair is almost impossible to perform if it is not by an expert hand. Yes, the same thing happens with computers, but if you know that you need to change one of the components you can do it very easily.

So, which one should I buy for gaming?

The truth is that it is very difficult to decide between a PC or a console for gaming. As you can see, they are two completely different devices even though they are used for the same thing, so it is best to opt for two criteria.

The first is the games themselves, as some games are only available on one platform and you should also consider that if you want to play with friends, you need to have the same platform.

The second, and no less important, is the budget you want to spend. Here we have a warning and that is that although consoles are cheaper in most cases, games are somewhat more expensive (although in both cases you can find offers at certain times), and you will probably have to pay for an Internet subscription service.