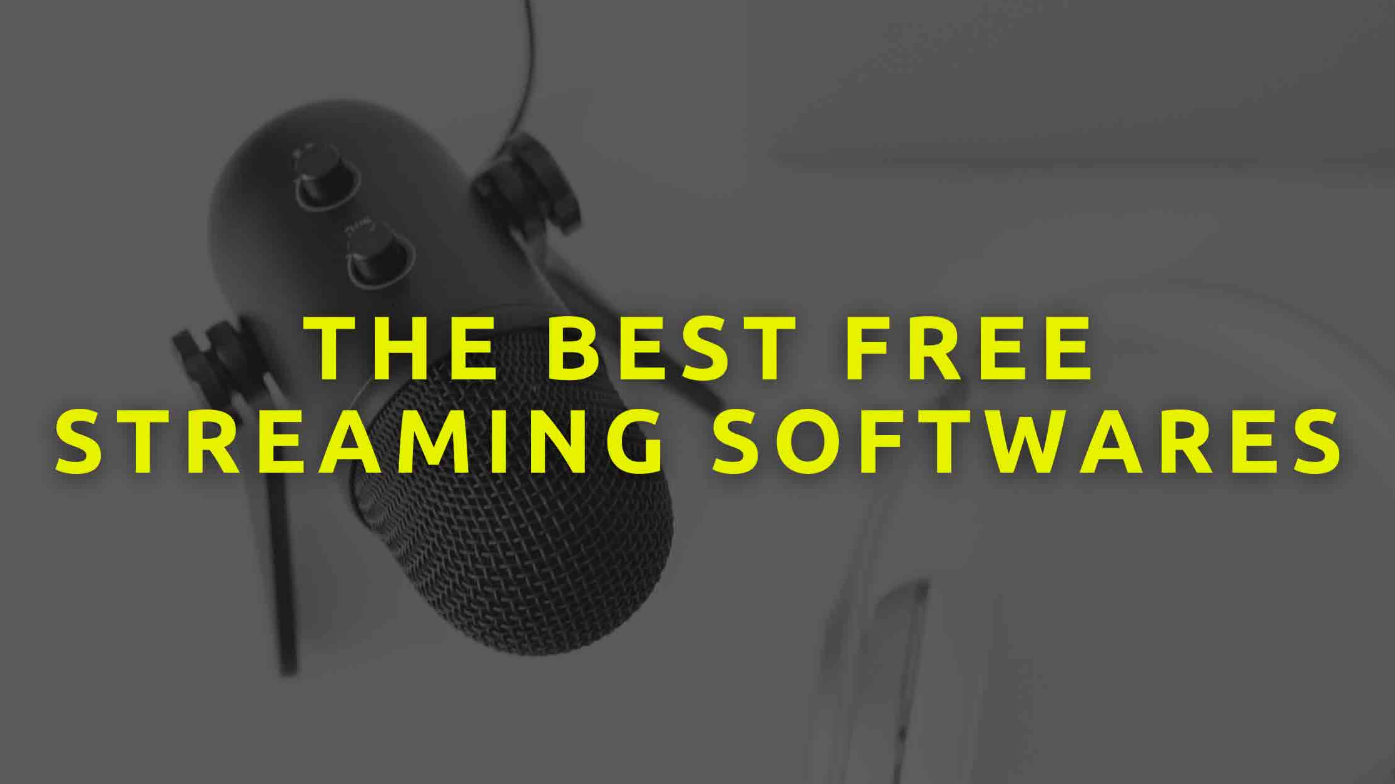 Making a live video stream over the Internet is something that is within the reach of almost everyone. Any user with a cell phone in his pocket is able to use a series of features to send the content he has on screen to the rest of the world via the Internet.

This also exists on PC, which is the most popular platform for this type of content. For this reason, we are going to show you some of the best programs for free streaming.

What are streaming programs for

Until a few years ago, videos that were uploaded live on the Internet were only live because they were recorded at the same time as they were broadcast. There was no further editing beyond putting a header or output.

But as time went by, YouTube launched the live video feature and other firms have followed in its wake to add this feature to an increasingly focused audience and become an Internet star.

But of course, it is not enough with a good computer, you also need programs to make live. The reason why can be seen in the very nature of these tools, and is that they serve as the production section of a traditional television.

That is, they are tools that not only connect you to a streaming platform, but also help you configure the video and audio parameters, transitions and alerts that occur during the live event.

In addition, it is essential that you have perfect control of these streaming programs. And it depends on them, as you can imagine, the characteristics in which you broadcast your event. The speed is provided by your Internet, but the way in which you squeeze it is determined by the power of the machine and the configuration of the chosen software.

So, we recommend that you start with minimum features such as 720p resolution at 30 frames per second. This is, so to speak, a minimum standard with which you can see if everything works correctly and from there see if you can go up in definition.

The best programs for Streaming Online

Now we move on to the part where we tell you which are the programs you need for streaming. We leave you the links so that you can access them without waiting for them

This is one of the most popular programs for streaming on PC. OBS is very complete, with a classic design interface but very practical and you will have to face a big challenge: the configuration.

By itself, the app is “naked” and you will have to create your own scenes for each situation in which you must select the media sources and place them on the sample image. But don’t worry, on the Internet you can find tutorials to learn how to use it and, really, it takes very little time to do it.

Very similar to the previous one, we have Streamlabs OBS. It is also one of the best known in the segment, although this application is ready to use almost directly. It has a range of interesting options that will help you control all aspects of live and you can change the modules as and where you want.

The interesting thing is that it has free templates that you can use to give your live show a unique and different touch from the rest. It also has a subscription system, which will help you stream on multiple platforms at once and have access to premium templates.

There is nothing better than native apps to make a service work perfectly. And one of the programs for streaming on Twitch is the one offered by the firm itself. Its design is very simple and very similar to the home screen of the browser version. It adds functions that others do not have, such as seeing in real time the Internet connection you have.

Of course, you can change from there the title of the session and see the updates of your followers.