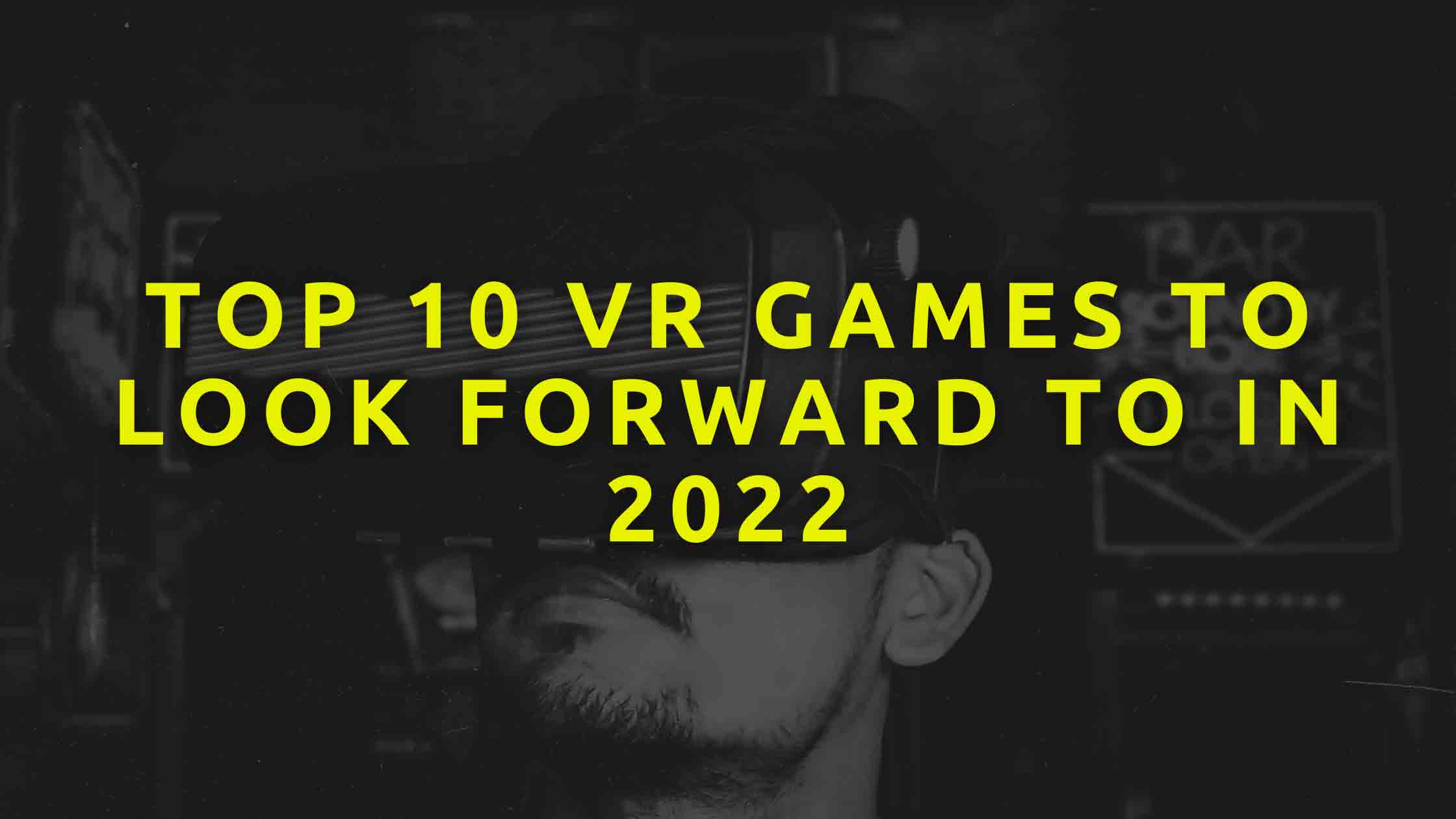 Today I come to bring you a top 10 most anticipated VR games that will be coming to our Virtual Reality viewers in 2022.

In this selection we are going to see games that will be on different platforms including PC, Quest and PSVR. We will see great IP’s that have been adapted to VR and other games that are not so well known but have been able to place themselves in the spotlight.

If you don’t know Among Us you probably skipped the year of confinement, as this game was the star of that period.

And a year later they surprised us by announcing a Virtual Reality version of the game, which is expected to be a huge success.

Oculus (now Meta) has collaborated with Ubisoft to bring us to Virtual Reality two great IP’s of the video game world.

Assasins Creed and Splinter Cell are two games that we know are in development by the company and have many people expectant. Hopefully this 2022 will also be the launch of these titles.

Of course, these games have been announced for so long that they also entered last year’s most anticipated games.

Another game that was announced at last year’s Meta Connect is GTA San Andreas, a game that everyone knows about thanks to its port to all platforms.

Of this game not much information has been shown at the moment, but we could say without a doubt that it is the best of the Grand Thef Auto saga.

All eyes are waiting to see when we will be able to embody CJ and play his exciting story in VR and see the famous Groove Street come to life.

If you like survival and crafting games this is the holy grail, a game that will push our instincts and knowledge of the jungle to the limit.

Imagine being alone in the jungle with nothing to put in your mouth and several predators waiting to see you a little weak with little more than a knife.

This game already has a large fanbase in the mainstream PC environment and we expect no less of an experience in VR where you can do it all in first person.

A clean job, that’s what you’re expected to do when you have an assignment in the Hitman saga, get in and out without being seen or recorded.

We embody Agent 47, a professional assassin who leaves no trace using almost any means to accomplish his goal without leaving a trace….

A more than known IP that will make us live this game like never before thanks to Virtual Reality, which I think is going to sit frankly well. Hitman 3 can be played in Virtual Reality on January 20 of this year.

And if you like resource management games Cities VR is your game, a virtualized version of the famous IP Cities Skylines.

In this game we will become the mayor of a town that will start from 0 until it becomes a megapolis.

Build roads, create buildings, lighting, fire stations, everything your citizens need and attract more families and keep them happy in your paradise.

This was undoubtedly one of the best ads of last year and one that we have been waiting for since this little mouse conquered our hearts in her first installment.

Since its release, Moss has been at the top of all the rankings of the best Virtual Reality games for any platform.

Finally we will be able to play the mouse Quill again in a second installment that we hope will be equal or better than the first one with its new enemy.

Imagine making a free trial game that has such an acceptance and number of downloads that you are forced to release a full game.

Well this is what happened to the developers of Propagation VR who have set out to make a full game from scratch.

This could be one of the scariest games to arrive this year for Virtual Reality, as its predecessor was already quite creepy.

A JRPG as we have been demanding since the beginning of Virtual Reality, since it is a genre that fits perfectly with this technology.

In RuinMagus we will embody a magician who has to go into the ruins of an ancient and battered kingdom to discover all the secrets it hides.

An interesting story, with a graphic quality and soundtrack that catches your attention from the first moment you see it and that we hope to release soon this year.