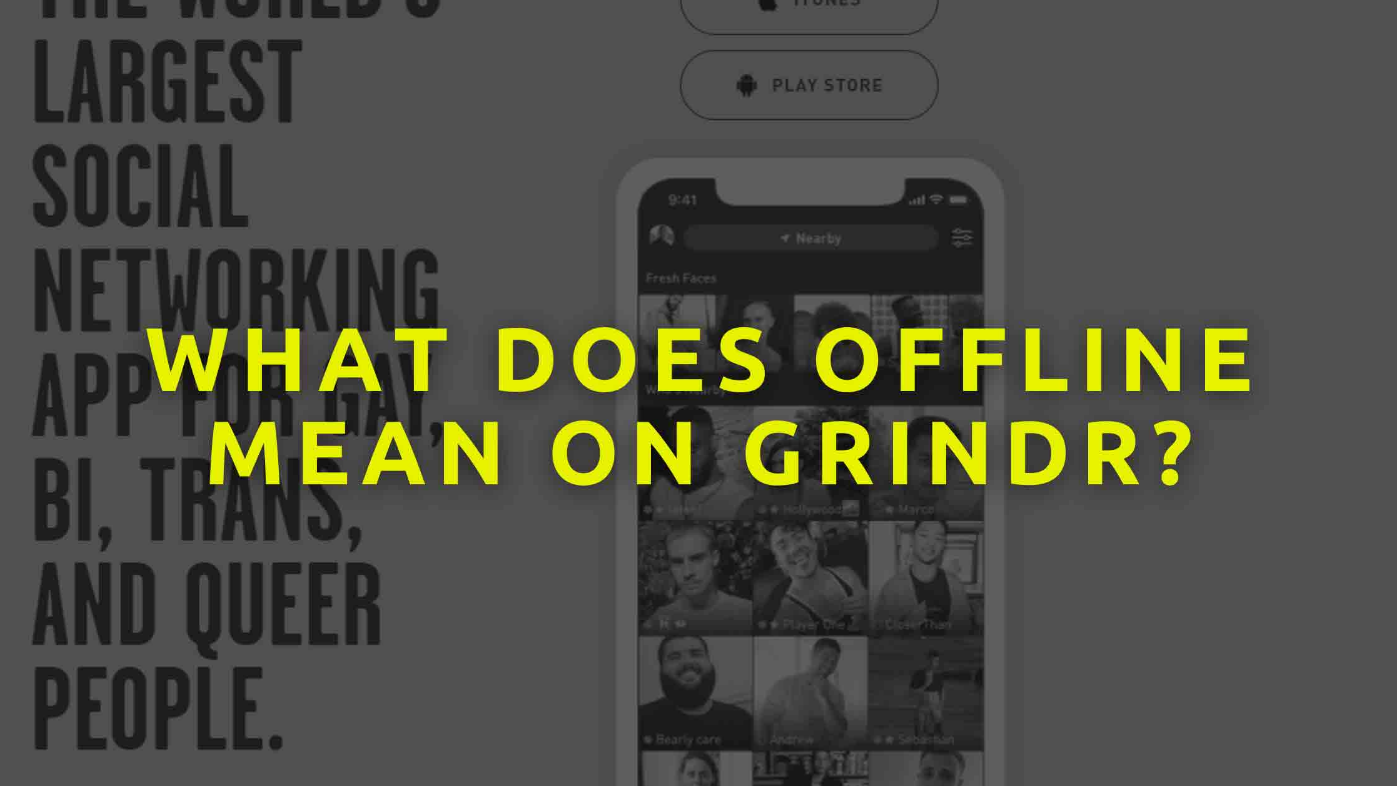 Find out what does offline mean on Grindr. Can you tell why the sign “offline” appears on Grindr?

Surely it has happened to you more than once: you are talking to someone on Grindr and suddenly he stops answering. When you look at their profile again a few days later, you see the “offline” sign. But what does offline mean on Grindr? In this article, we are going to explain it in detail. The rest of the event is self-explanatory: if he stops answering without saying goodbye, it means he had zero interest or was just passing by. Let it fly and go for another fish of this sea.

Well, what the offline label on Grindr means is precise, that the person or user behind the profile is not active on the dating app. But not only that, of course. Otherwise, it would simply not appear with the green dot of being online. It also means that he has not logged in to the profile for some time. He is not using the application for some time and therefore is not flirting with anyone.

This means that the profile still exists and, therefore, will continue to receive messages sent to it. However, Grindr ends up not showing offline users in the user grid. It does show those who are recently offline or not active at that moment, but not those who are marked as disconnected after several days without using the application. This makes them less visible to other users, but they are still accessible if you maintain communication with them or have them marked as favorites. This way you will be able to review the profile and even the chat you have maintained, but it is most likely that the person will not know that you write or visit them until they do not access the profile again.

However, you should bear in mind that a disconnected profile will not always read all the messages and interactions received during this period. If the user creates another account, all the content will be lost.

Why I appear disconnected on Grindr Well, as we mentioned above, Grindr gives the label “offline” to profiles that have not been online for some time. Several days. This means that if someone informs you that your profile is offline, it is because you have not been accessing Grindr and using it actively for a number of days. Even if it’s just to gossip about who is in the neighborhood. By not using your profile Grindr will understand that you are offline.

Again, this is very likely to happen if you have deleted the Grindr app from your mobile without deleting your profile. In this way, the profile still exists but you do not access it, so it will no longer have activity and will be considered offline.

There is also another possibility, and that is that you have logged out of your profile. This option is in the Grindr settings and allows you to keep the profile offline. You don’t delete it but you proactively stop keeping it in use. With this, there will be no interaction with other users and you will appear offline.