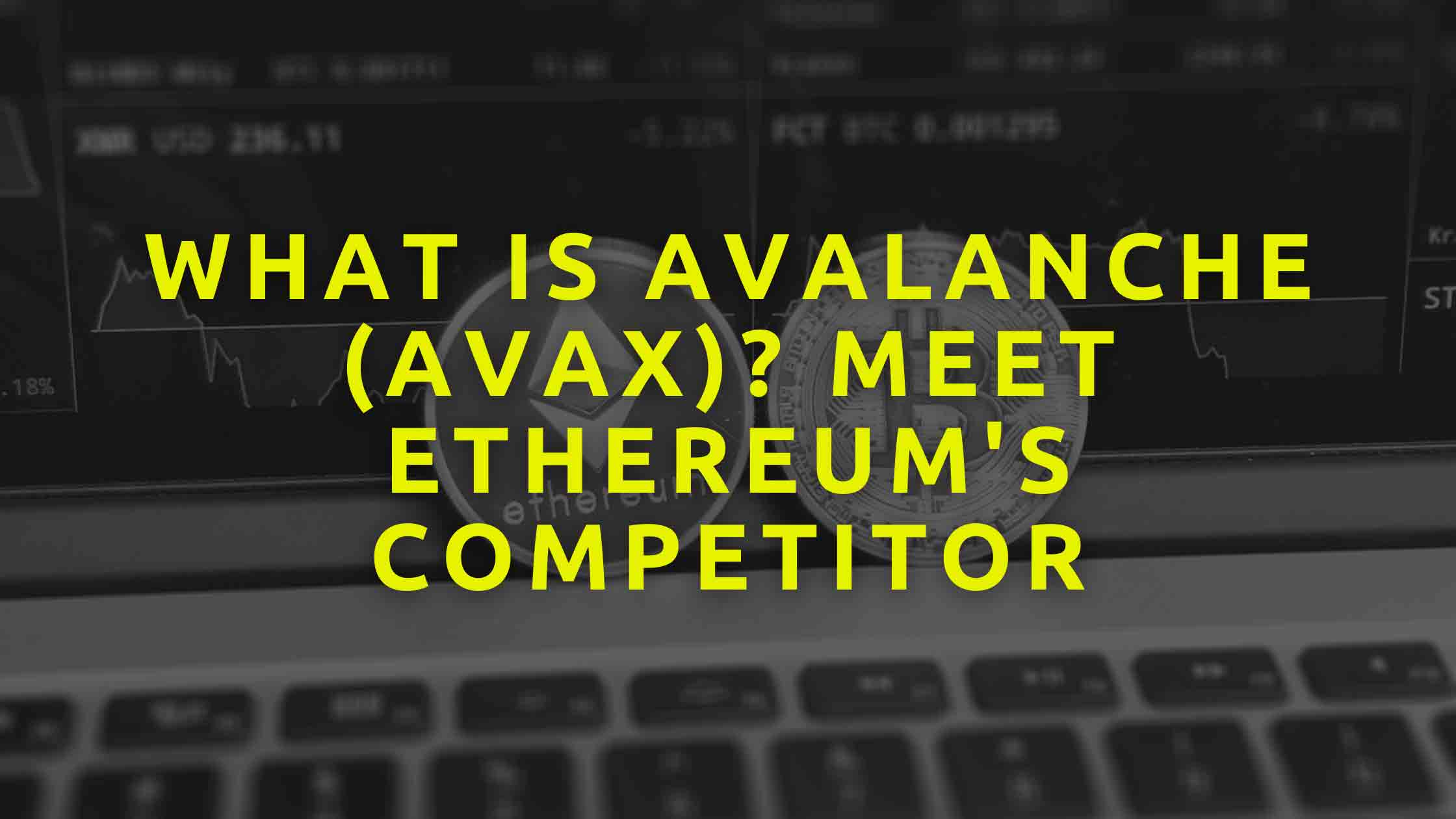 Avalanche hopes to offer is a highly scalable blockchain without sacrificing decentralization or security.

Avalanche is often compared to the Ethereum network as it offers the same functionality, allowing the execution of smart contracts and decentralized applications (dApps).

However, Avalanche aims to perform transactions faster and with lower fees than its competitor.

Launched in 2020 by the Ava Labs team, the Avalanche network has quickly risen in popularity and in the cryptocurrency rankings.

The most recent increase in the value of its AVAX token came after announcing a partnership with consulting firm Deloitte to “improve the security, speed, and accuracy” of Federal Emergency Management Agency (FEMA) funding.

See what Avalanche and its AVAX token is, how it works, and whether it’s worth investing in.

What is Avalanche (AVAX)

Developed by Ava Labs, the project launched in 2020 aims to address some of the limitations of older platforms, such as slow transaction speeds, centralization, and scalability.

To address these issues, it uses several innovations, including its unique Avalanche consensus protocol.

Plus an extra feature that allows the creation of subnets, custom public or private blockchains built as offshoots of the main Avalanche platform.

The platform’s native token is AVAX, which performs various tasks on Avalanche and also acts as a reward and payment system for users.

Avalanche’s cofounder and CEO, Emin Gun Sirer, is a veteran computer scientist associated for quite some time with decentralized networks.

The rest of the team is made up of experts from computer science, economics, finance, and law.

By distributing tasks across different chains, Avalanche is able to optimize flexibility, speed, and security, making it a powerful platform for public and enterprise uses, as developers have great flexibility in the types of applications they can build.

The three blockchains that make up its core network are: X-Chain, C-Chain and P-Chain.

The Exchange Chain (X-Chain) is used to create and trade AVAX tokens and other digital assets.

These assets have modifiable rules that govern their behavior, just like Ethereum’s token standards.

Transaction fees are paid in AVAX, the most popular cryptocurrency on the platform.

This blockchain is compatible with the Ethereum Virtual Machine (EVM) method, allowing developers to deploy Ethereum smart contracts on Avalanche.

A blockchain can be validated by only one subnet, but each subnet can validate multiple blockchains.

Avalanche operates on a differentiated proof-of-stake (PoS) model with rewards to users who staking their coins.

DAG allows the network to process transactions in parallel, allowing it to achieve transaction completion in seconds.

The Snowman consensus protocol is based on the Avalanche protocol, but orders transactions linearly.

This property is beneficial when dealing with smart contracts. Unlike Avalanche’s consensus protocol, Snowman creates blocks.

As the demand for Ethereum’s blockchain network for making smart contracts has increased, other projects have emerged in an attempt to compete.

Such is the case with Avalanche, a network designed to be faster and cheaper.

Even so, Ethereum still has its advantages, including its reputation, prominence and capabilities, since Avalanche is still a very new network, launched in 2020.

The AVAX token is native to the Avalanche network used as part of the consensus mechanism and also to pay network fees.

The cryptocurrency is the internal payment method used to collect fees during transactions and incentives for users staking their coins on the network.

AVAX has a limited supply of 720 million units.

With a deflationary mechanism, AVAX tokens used to pay transaction fees are burned, permanently reducing the amount in circulation.

Is Avalanche (AVAX) worth it?

Although Avalanche is still a very new network, its deal with Deloitte was seen as a sign that the blockchain may have the right ingredients to compete with Ethereum and other networks in the long term.

Despite the hype surrounding AVAX, it is important to research and understand the risks of any cryptocurrency before investing.

Cryptocurrencies are volatile and speculative investments, so look for ways to minimize the risks of investing in digital assets by allocating only a small portion of your assets and diversifying among good assets.