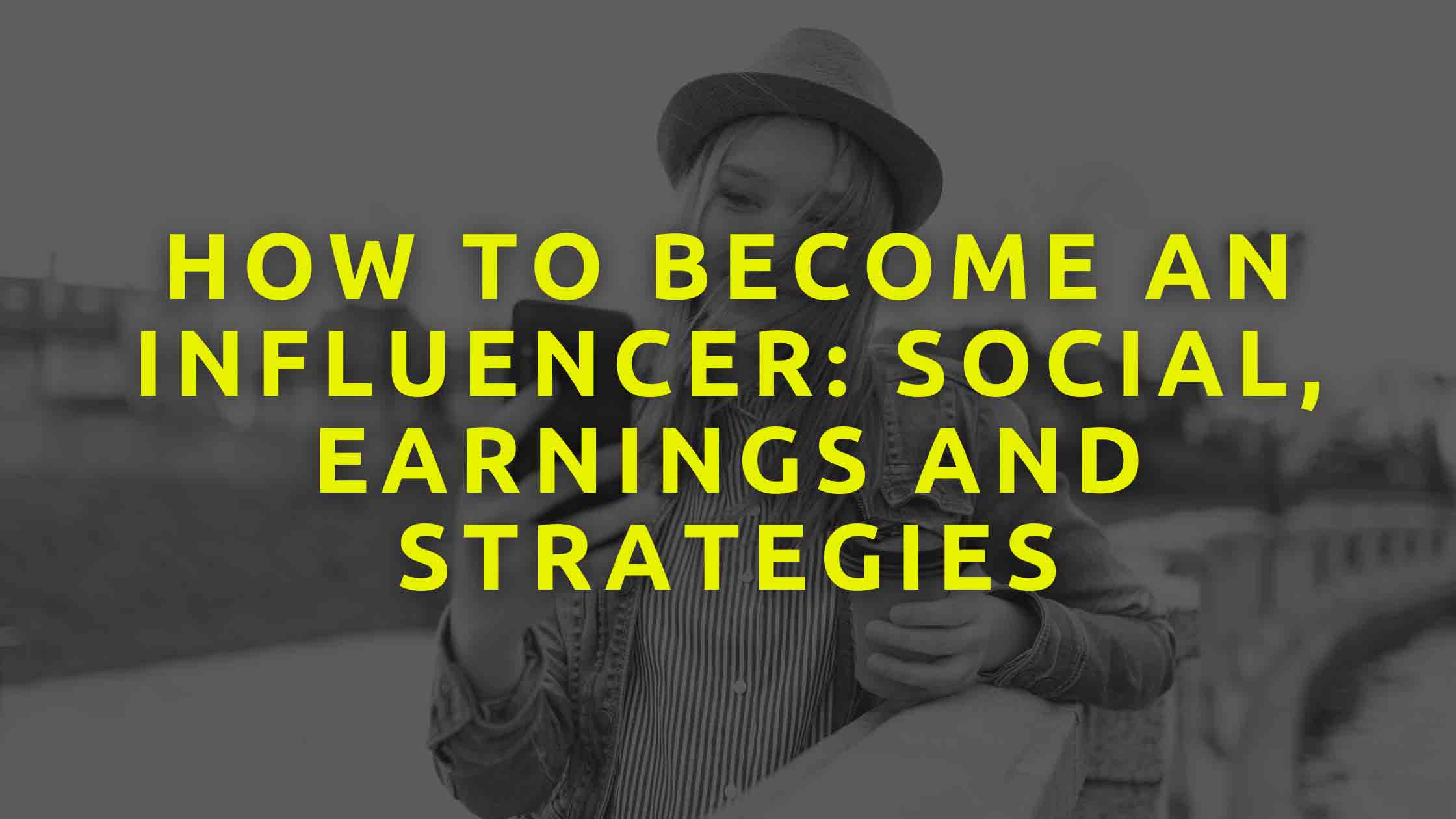 Find out how to become an Influencer. Looking at the great success of many influencers, it is natural to wonder how they managed to become so popular. The ascendancy they manage to exert is such as to affect the behavior of their followers, especially with regard to consumption. This is why they are so sought after by anyone who deals with marketing and communication strategies.

When you think about what it means to be an influencer, you’re likely to dwell too much on the most obvious aspect of their status: having thousands and thousands of followers. Yet that’s not all that makes them so popular. The number of people reached is the simple consequence of a constant and capillary work of information, narration and self-promotion. What really matters, in the end, both for those who follow influencers and for those who pay them, is that they have credibility in the eyes of the consumer.

An influencer, then, must have a solid understanding of their industry and cultivate the ability to tell their story in a way that is as authentic as it is thoughtful. And you don’t have to reach millions of followers to start making money from this activity. On the contrary, many brands that prefer influencers with a smaller audience but still maintain a direct thread with their followers.

The Types of Influencers

Influencers can be grouped into five categories: nano, micro, medium, macro and celebrities. The nano category is the one that is in the range from 1000 to 10000 followers; the micro one is defined by the range from 10000 to 100000 followers; the medium category from 100000 to 500000; the macro from 500000 and up. Celebrities are the people who cross the threshold of half a million followers.

Although the number is decisive to fall into one or the other group, it should be considered that when you have a population of followers too large, you are not able to take care of the relationship with people. In fact, the level of engagement that small and medium influencers manage to generate in followers is much more effective in creating an atmosphere of intimacy and trust. People feel seen and heard and don’t perceive themselves as mere numbers. When these influencers talk about a product they have chosen, their communication effectiveness is greater, in relative terms, than that of personalities with a huge audience.

Which Platform to Use

Among the most useful platforms to build notoriety, the most well-known and populated are: are YouTube, Instagram and the most recent TikTok.

YouTube allows video content of any kind to be shared online, either uploaded or in live streaming. This social is particularly suitable for those who feel comfortable in front of the camera and are able to produce content that is also quite long and rich.

Instagram is a platform born with a very strong focus on photography. Today it allows you to do live feeds and share stories. Despite the preponderance of images, however, on IG the narrative ability should not be underestimated. Accompanying photos with a well-written post is often decisive in increasing visibility and interactions.

TikTok is certainly the social network with the greatest possibility of expansion, and it is from here that the first Italian influencer, even ahead of Ferragni, started: Khaby Lame. The youngest of the social networks is particularly suitable for the publication of short funny or informative videos, in which lightning performances are staged, original or imitated. Here, sympathy and spontaneity are essential.

How to Become an Influencer

Both to select the most suitable platforms and to focus on the niche you want to target, you need to identify the topic you want to make the focus of your discourse. It must be something that you find exciting, that already garners some interest, and that you are able to speak knowledgeably about. But it is not with coldness and surgical detachment that you will win people’s hearts. It is necessary to be as honest as possible. However, without committing the naivety of stating things that, while true, could cast a bad light on the influencer’s ability to get the job done.

It’s worth remembering that while it’s important to know how to show yourself vulnerable, in order to work with social you also need to appear solid and reliable in the eyes of the companies that should be investing their money on the influencer in question.

What can certainly attract the attention of brands is the ability to develop a strategy aimed at achieving mainly two objectives: the optimization of the platform that is being used (setting times and frequency of publication, the type of content to alternate, the tone to be used …); the communication of an image of himself in which it is possible to reflect. It is clear that followers choose who to listen to on the basis of the interest they already feel for a certain theme, but they learn to count above all on those who show themselves to be transparent. And this is precisely the aspect that brands are interested in: the perception of trustworthiness that a certain influencer has with those who follow him.

Neither buying followers, nor using bots, nor focusing on the like4like strategy serves much purpose. The number of followers would go up quickly, but none of them would have any real value for businesses. The only thing to do is to play on a careful and meditated construction of one’s own following, constantly interacting with people, publishing in a cadenced and coherent way, taking care of the contents to the maximum.

To contact brands, then, just look for them on social platforms, follow them and understand what kind of campaigns they might be interested in and if they have already collaborated or are currently collaborating with influencers. Then, you can follow influencers in the same category to which you belong to see which brands they collaborate with. When getting in touch with a company, however, it’s best to do so via email.

How and How Much an Influencer Earns

An influencer’s earnings come mainly from sponsorships, which can be included in various types of posts. They depend on the social network used and the kind of content. They do not follow a fixed fee schedule. The fee is negotiated from time to time with the company.

More than anything, however, counts the skill of the influencer. The earnings, therefore, fluctuate a lot, not only by virtue of the number of followers, but also because of the type of project and its duration. To give an idea of how wide the range we are talking about is, suffice it to say that the fees – for each post – can vary from a few dozen euros for nano influencers, to tens of thousands of euros for macro influencers, up to hundreds of thousands of euros in the case of celebrities.