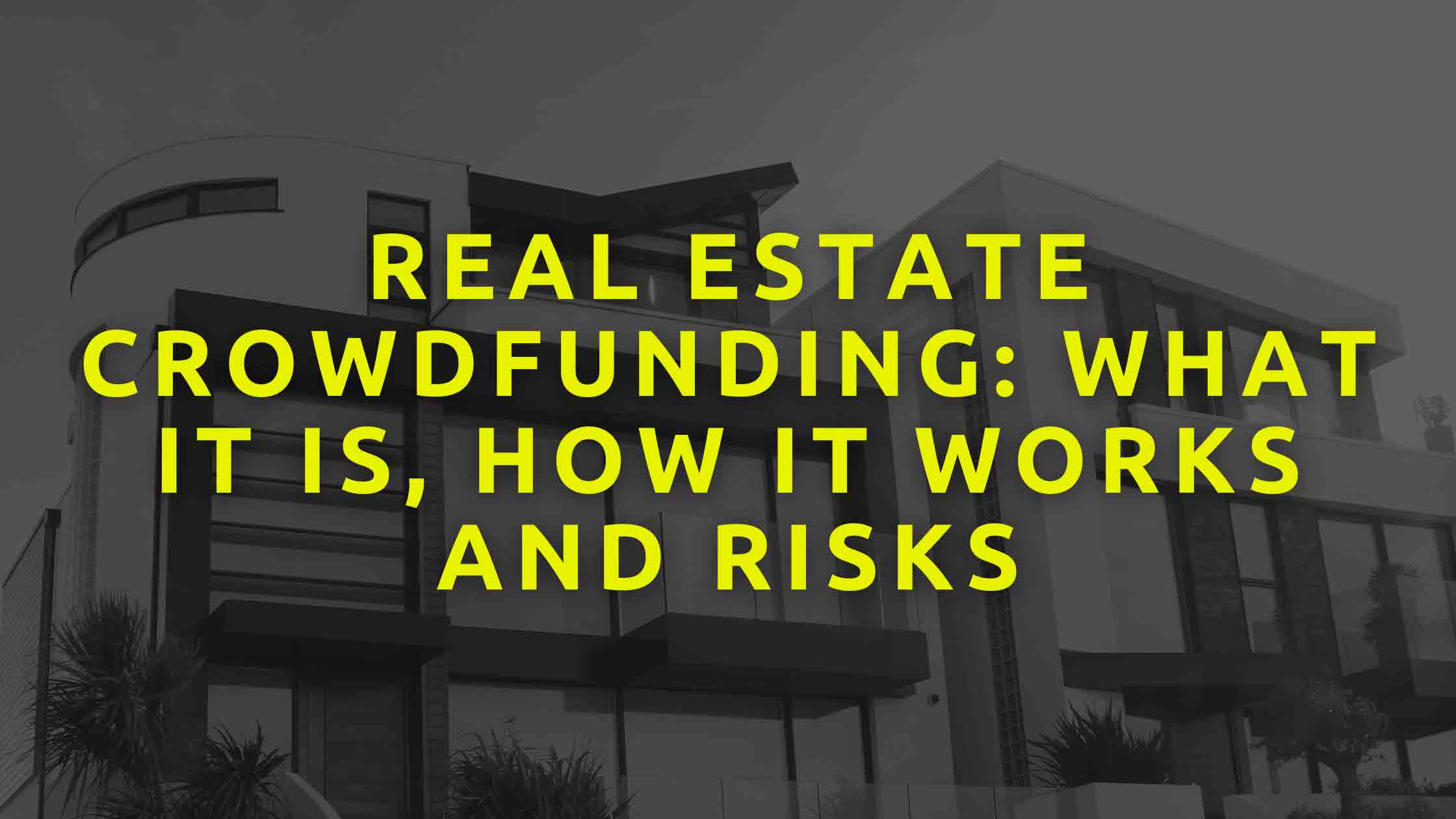 Find out about real estate crowdfunding. The Real Estate Crowfunding is a phenomenon that has spread in Italy only in recent times, mainly due to regulatory constraints that limit its scope compared to the North American matrix of the Jumpstart Our Business Start-up Act of 2012. Let’s find out what it is, how it works and the risks associated with it.

What is Real Estate Crowdfunding?

Real Estate Crowdfunding is nothing more than crowdfunding applied to the real estate market, in which private individuals (or companies) finance a project in the Real Estate sector through digital platforms, which allow supply and demand to be brought together without excessively binding or onerous intermediation.

This financial instrument is mainly used by those who do not have sufficient capital to carry out large transactions, but who still want to invest in the real estate market, while maintaining a limited exposure of capital.

It is good to specify that there are two main types of Real Estate Crowdfunding:

For those who want to buy a property through Crowfunding, the most appropriate model is the Landing-based, which allows private lenders to obtain direct interest from the financing and buyers not to have to take out a mortgage with a bank. Those who want to invest in a project of a company will use Equity Crowdfunding, thanks to which the investor can get remunerations from the revenues of the project or the company itself.

In Italy the regulation on Crowdfunding was introduced by the DL of 18 October 2012 n. 179, in which it is defined as a tool for financing Innovative Start-Ups. The discipline is then integrated, in more recent times, by the DL of 24 January 2015 n. 3 (so-called “Decreto Crescita”) opened the doors of Real Estate Crowdfunding also to Small-Medium Enterprises, especially with regard to Equity Crowdfunding, which entitles the investor to a share in the company.

In Italy in 2020 about 72 million euros of investments were collected through Real Estate Crowdfunding, with a significant increase recorded year on year. However, it is little compared to the figures in the UK and Germany, where more than 300 million euros were raised in the same year.

Through Real Estate Crowdfunding companies, for example, can bring their property acquisition project to the attention of private investors. At this point the Real Estate Crowdfunding platforms on authorized intermediary websites come into play, where fundraising is organized for various projects. Those who want to invest register on the site and open a wallet, in which they will deposit their capital. It is important to point out that the platforms in question do not retain the money invested, but rely on companies specialized in the secure management of deposits.

The Crowdfunding proposal will be accompanied by:

All the Advantages of Investing

The advantages of investing through Real Estate Crowdfunding can be perceived both in terms of management and return. A project financed through Crowdfunding, in fact, frees the lender from the management of the property and also from the relative expenses, offering the possibility for individuals to obtain returns on small sums invested in the real estate market, a sector which until now has been almost exclusively accessible to banks and insurance companies.

An original idea capable of reaching a large number of interested parties and that opens the possibility of remuneration, with excellent potential for returns, especially when it comes to real estate (unlike stocks or cryptocurrencies, characterized by volatility).