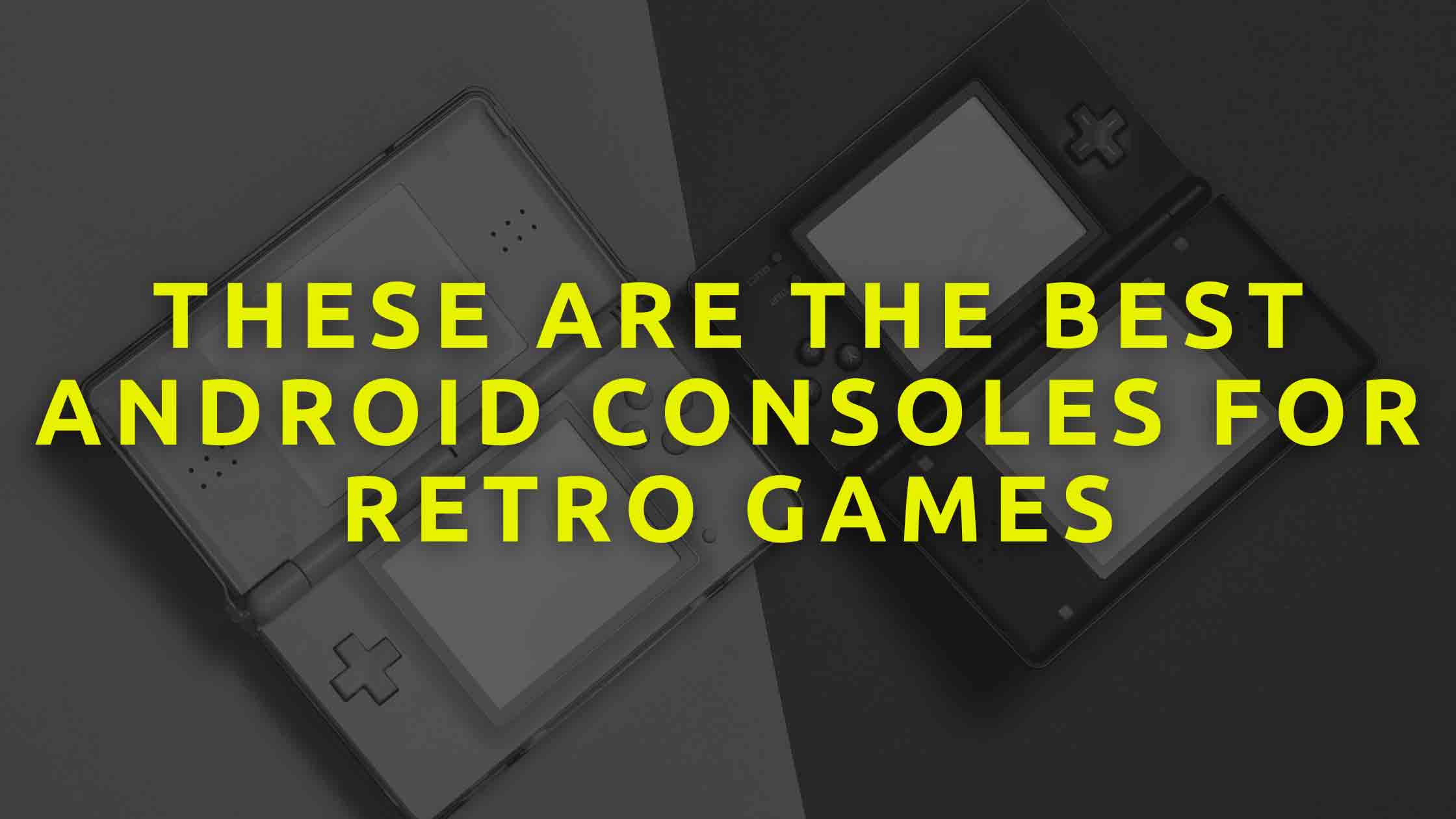 Video games have fans of all ages. It is not surprising since the newcomers have in their hands the most cutting-edge technology to enjoy many adventures and titles. But the older ones have seen some of the titles and consoles that have given them hours and hours of gaming on android consoles, not to mention that they have experienced a great evolution in their hands. In fact, it is the more seasoned ones who miss those stories of yesteryear and now many of them can relive them thanks to some of the best Android consoles.

What is an Android console and what is it for?

The world of video games is incessantly moving towards greater graphical and technical improvements.

It is not uncommon to see users who bet on a PC or a console to entertain themselves in their free time, but it is true that there are those who miss those jewels of the past with which many have grown up.

Today, many of them can be recovered thanks to very specific programs that simulate the behavior of a more current and sometimes smaller hardware.

We are talking, of course, about the best Android consoles. These are consoles whose hardware may not look like much compared to their more traditional sisters, but the truth is that they do not need it at all.

The reason lies in the fact that they do not require a powerful dedicated graphics card, not even a computer processor like those of today’s computers, but just enough to run retro games.

To this we must add the requirements of each platform, such as the use of a complete button panel in terms of joysticks, analog sticks and triggers.

And all this not to mention that they run under the same Android operating system, which can be of different versions.

Here comes into play the taste of the purists on what is the most appropriate operating system, but as a general rule you will find an operating system of the big G mounting these devices that we are going to show below

As we said before, we are going to tell you what are some of the best Android consoles on the market.

Its purpose is to emulate the oldest consoles, where you will not find problems to use arcade games, SuperNintendo, Sega Genesis, PlayStation 1 and 2 as well as Dreamcast, which is the most demanding.

Surely you will find those games you like the most and you can play them wherever you go in any of these proposals.

One of the most popular brands in the portable console segment is Anbernic, which offers us the RG351P. Its components place it in a very good compatibility if we consider that it is able to reach the PSP and Dreamcast without problems. It has six control buttons (four on the front and four on the top that act as triggers), two analog sticks and a crosshead on the front. For the visual aspect, it uses a 3.5-inch iPS screen.

We raise the bar for these Android consoles with the NVIDIA Shield. It runs the KitKat version of Google’s software, but it’s its components that are really interesting. We find an 8-inch tablet with 2GB of RAM and 16GB of storage that accompanies an NVIDIA Tegra K1 192 Core Kepler GPU processor. In addition, it is supported by NVIDIA Now, a program with which to play games in the company’s own cloud.

Much more recent, and also inexpensive, we have the Retroid Pocket 2+. The machine has a similar layout to the Nintendo Switch thanks to the use of two sticks in opposite positions accompanied by a crosshead at the bottom left and a four-switch button panel at the top right. These components flank a 3.5-inch 480p IPS display, but don’t let that put you off because it’s more than enough.