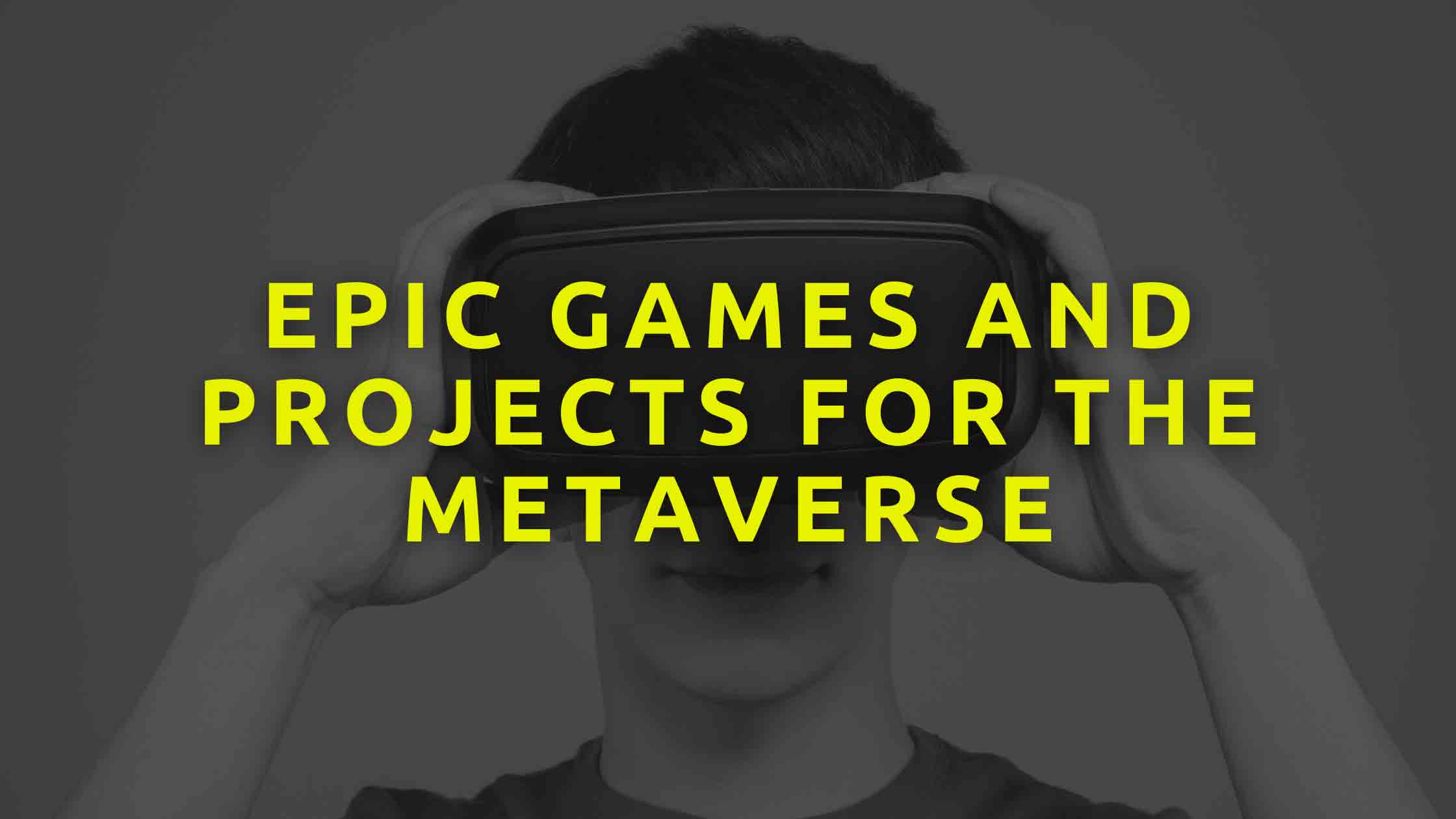 Many companies have started the race to create their own metaverse, a virtual universe in which to move as an avatar. This unrestrained game is played with staggering investments and technological revolutions able to design and define the contours of a new world, a digital and increasingly inclusive reality. Epic Games in this does not pull back, with projects focused on revolutionizing the world of gaming.

What is Epic Games

Founded in 1991, Epic Games is an American company founded by CEO Tim Sweeney. It is headquartered in Cary, North Carolina and has more than forty offices around the world. Its thirty years of experience in game development make it a leader in interactive entertainment and a provider of technology for 3D game engines. Today, Epic Games is both a developer and distributor of games.

It is from the international success of Fortnite, one of the most popular games in the world with over 350 million accounts and 2.5 billion connections, that the company has embarked on a long journey to become one of the best game developers in the industry. After Fortnite, Epic Games created Gears of War, Shadow Complex, the Infinity Blade series of games and Unreal Engine.

The latter is a graphics engine for consoles and PC of last generation, recently spread in its fifth version, able to offer an articulated catalog of automations, realistic animations, immersive rendering, dynamic virtual experiences, sounds, visualizations and everything related to the digital world, on a platform always open and in continuous extension.

The real turning point for Epic comes in 2018 with the creation of the Epic Games Store, a virtual store of digital video games, compatible with Windows, MacOS and Linux, from which to download new games every week. Simply by registering on the store, and creating your own account, you have the opportunity to make free downloads from an extensive catalog that is updated every Thursday. Recently, the platform unveiled the release of a new free game: Death by Daylight, an online multiplayer survival horror in which four players challenge a monster from horror mythology, commanded in turn by another player.

When Sweeney created his company at the age of 21, he did so by starting to market ZZT through a shareware model. He quickly understood, however, how much the graphics used limited the audience for that type of game. It wasn’t until later, working on Jill of the Jungle, that Sweeney began to think in graphic terms. He then honed his business knowledge of the game industry and began recruiting talented people who would help him with the more creative aspects of game building.

At that point, Epic Games’ business model began to refine. Throughout the 1990s, Sweeney’s approach consists primarily of developing a core technology for game building, namely the Unreal Engine software mentioned earlier. In 1995, the business model definitely takes shape and includes three key elements. First, the engine or platform/framework on which the game is developed. This platform-based approach allowed Epic Games to license their technology stack so they could invest the revenue and resources into creating ever larger and more complex games.

Second, the refinement of a strong creative side and finally, the establishment of a free-to-play distribution model. In short, players can participate and play for free and purchase ancillary products by adding customizations.

There’s no question that Epic Games owes the reasons for its success to being free and cross-platform; Fortnite is free, but the accessories, digital items and customizations are not. That equates to 2 billion in revenue each year. In addition, being cross-platform, allows it to be usable from any device. Not only that, fundamental is its ability to create synergies with third parties. If you think of the partnerships with Nike or Marvel, it’s easy to understand how their protagonists, introduced in the Fortnite universe, for example, have expanded and strengthened the user base of players willing to pay high amounts of money to customize their game. The secret of Epic Games is to have contributed to the construction of a new imaginary, a new world so to speak, where everyone can be a protagonist and a spectator of the reality that is generated.

Epic Games’ Plans for the Metaverse

In a recent interview Sweeney said, “we are grateful to our new and existing investors who support our vision for Epic and the Metaverse, their investment will help accelerate our work focused on creating connected social experiences in Fortnite, Rocket League and Fall Guys, as well as continue in our process of empowering game developers through Unreal Engine, Epic Online Services and the Epic Games Store.”

Epic Games has therefore officially begun its race to create its own metaverse. A world that will increasingly resemble a video game. No more closed worlds, barriers and different accounts for the various applications that you use (from Twitter to youtube), but a single space interconnected and synchronous in which everyone can interact in real time and behave as if they were in a new reality, this is the idea of the founder of Epic. It is no coincidence that he sued giants such as Apple and Facebook accusing them of creating closed environments and not communicating with each other.

Epic Games aims to create a virtual space in which companies, users, services and various platforms are able to communicate with each other, collaborating and generating their own economy. Let’s think, for example, of a car company that inserts in the Metaverse the possibility to experience and purchase one of its latest car models. Sweeney’s idea is in fact also to allow the creators of any content to be able to monetize with their creations placed in the Metaverse.

To realize this colossal project, defined by many as the successor of the Internet, Sweeney is trying to gain the favor and the participation of the most important technological companies. In an interview with VentureBeat, the CEO said he began to design a virtual platform after the huge success of Fortnite, amazed by the involvement that had been created among players. Surely the project of Epic Games has not yet materialized, many perplexities arise for example from the way in which to divide the revenues among users. However, “the next three years will be crucial for all companies that aspire to create and conquer the metaverse, including Epic, Roblox, Microsoft and Facebook. It’s kind of a race to get to a billion users. Whoever gets to that number first could captain the definition of future standards.” These are Sweeney’s last words. All that remains is to wait.