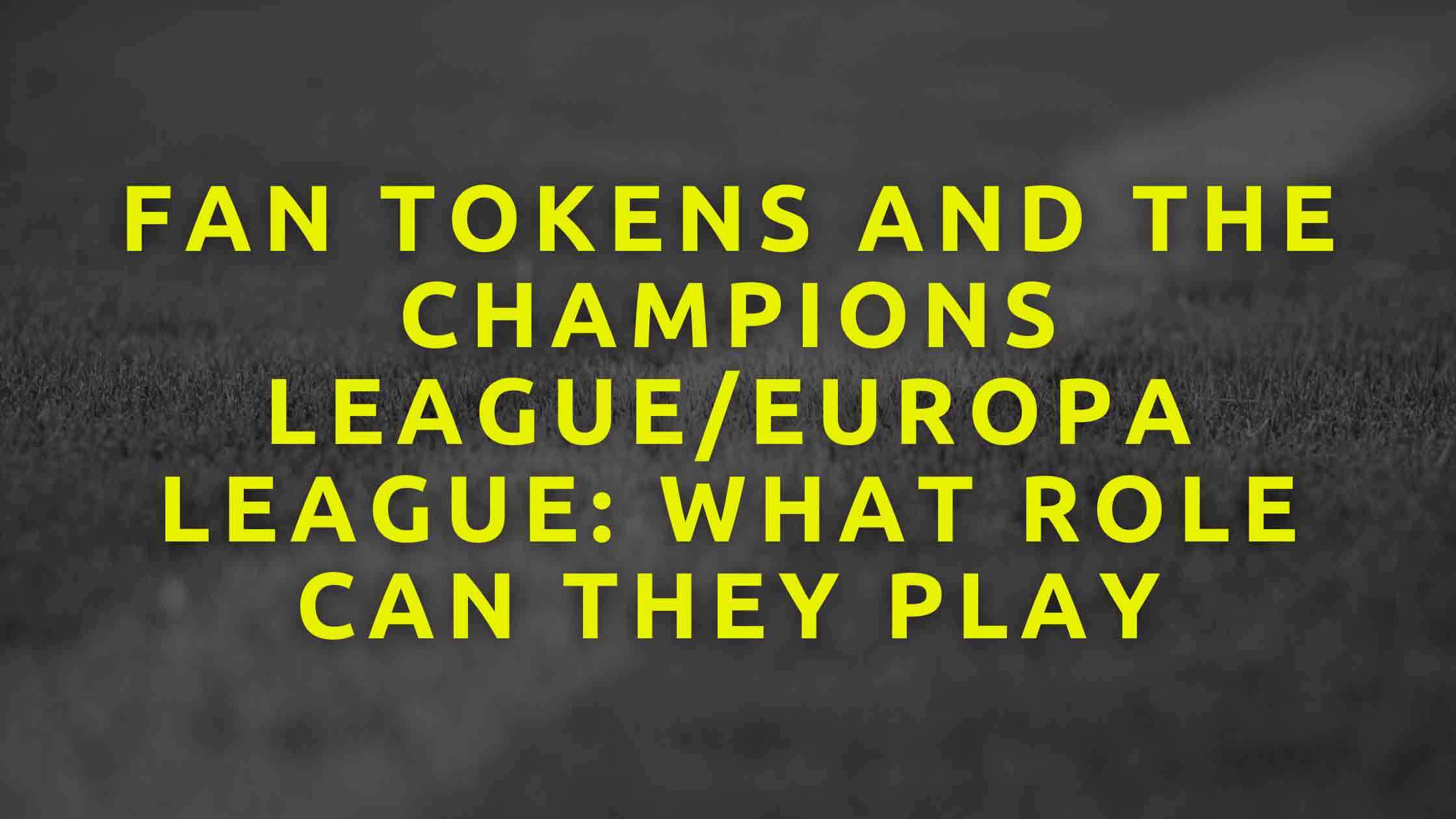 With the UEFA Champions League in full swing and the Europa League 2022 matches kicking off on the 17th February, it is worth looking at the role that fan tokens can play in these events. The popularization of these assets has been going on for months; the most famous platforms associated with fan tokens are Binance Fan Token and Socios.com. They regularly release new assets in cooperation with soccer teams and beyond.

Cooperation between UEFA and Socios.com

On February 15, UEFA announced the signing of a sponsorship agreement with Socios.com, a company specializing in the issuance of fan tokens. Under the agreement, Socios.com has become a global licensing partner in the United States, partnering with UEFA Champions League, UEFA Europa League, UEFA Super Cup and UEFA Conference League fan tokens from 2022 to 2024.

UEFA plans that the new agreement will provide exclusive opportunities to further enhance the value of club fan tokens, rewarding their holders with additional tokens in particular.

For its part, Socios.com will benefit from brand advertising through billboards around the perimeter of the playing field, sponsorship integrations in broadcasts, etc.

“We are happy to partner with a market leader in fan-tokens such as Socios.com. We are always looking for innovative directions, including the growing cryptocurrency and blockchain market. Obviously, the agreement with Socios.com is an ideal move that will further benefit fans. We look forward to a fruitful relationship over the next three seasons.

“ This ground-breaking partnership is the result of UEFA and Socios.com’s shared commitment to innovation and technology to improve the fan experience in sport. With this new association, hundreds of millions of fans around the world will have the chance to become more than just spectators and take a more active role in the biggest soccer competitions on the planet with the help of fan tokens.

UEFA will reward fan-token holders in a variety of ways, such as:

Attitudes of the sports community towards fan tokens

European soccer fans described UEFA’s decision to cooperate with Socios.com as “inexplicable”, although a day before the announcement, event management was highly praised for distributing tickets for the finals of men’s and women’s club competitions.

The sale of fan tokens is perceived as a means of monetizing fan participation using unregulated market instruments. The value of these tokens can rise and fall depending on supply and demand, potentially bringing monetary losses to fans.

Fan network Football Supporters Europe (FSE) condemned the partnership on Twitter: “Football needs protection from crypto mercenaries,” “there are countless ways to interact with fans. Encouraging fans to invest in fan tokens is not one of them. They only serve the interests of those who sell them.”

The ability for fans to vote on team-related issues is also criticized, since these issues are usually the most trivial, such as the color of jerseys or the design of buses.

Thus, there is a perception that fan tokens matter primarily to speculators in the cryptocurrency market and not at all to real fans. But still it seems too early to make conclusions, because the sphere is new and has not fully opened its possibilities.

Here, for example, is one of the new and interesting opportunities for those interested in the outcome of matches.

On February 17, at 23:00, there will be a match between Porto and Lazio. Fan tokens of both clubs are presented on Binance Fan Token. On this occasion, the exchange has launched three promotions, with a total prize pool of 85,000 USD:

Purchase any number of PORTO or LAZIO tokens.

Vote in polls provided by the S. S. Lazio and FC Porto.

Binance POTM – “Player of the Month”, a new utility for fans. Users will be able to vote for the best player of each club, in their opinion, after each match. The top player will be rewarded with $10,000 in matching Binance fan tokens.

Additionally, there are rewards for fans. So, if you take a screenshot of your vote and place it in the tweet, think up an interesting caption and put the hashtag #BinancePOTM, you can win a unique NFT. A form is also required to participate.

Traders who achieve spot market trading volume of 100 LAZIO or 100 PORTO during the promotion period are ranked based on total trading volume in pairs of those assets. A $40,000 prize pool will be distributed among the leaders.

The structure of the rewards is based on the results of the final match:

A form is also required to participate.

A participant can win in several promotions at once. Rewards will be distributed to winners’ wallets within 14 business days after the end of the promotion. KYC completion is a prerequisite for participation.

In addition to the promotions listed above, Binance supports several other bonus programs for soccer fans:

Given the fact that big sports organizations are paying attention to fan tokens, as well as major partnerships such as between UEFA and Socios, we can conclude that the importance of such assets is growing. The question is how beneficial it will be for the fans, because the initial goal, which is constantly being voiced, is interesting and useful for the fans. So far the situation is such that fan tokens are an investment-trading asset, used mainly for market speculation. Their further development depends on the joint efforts of the issuing platforms and the sports teams.