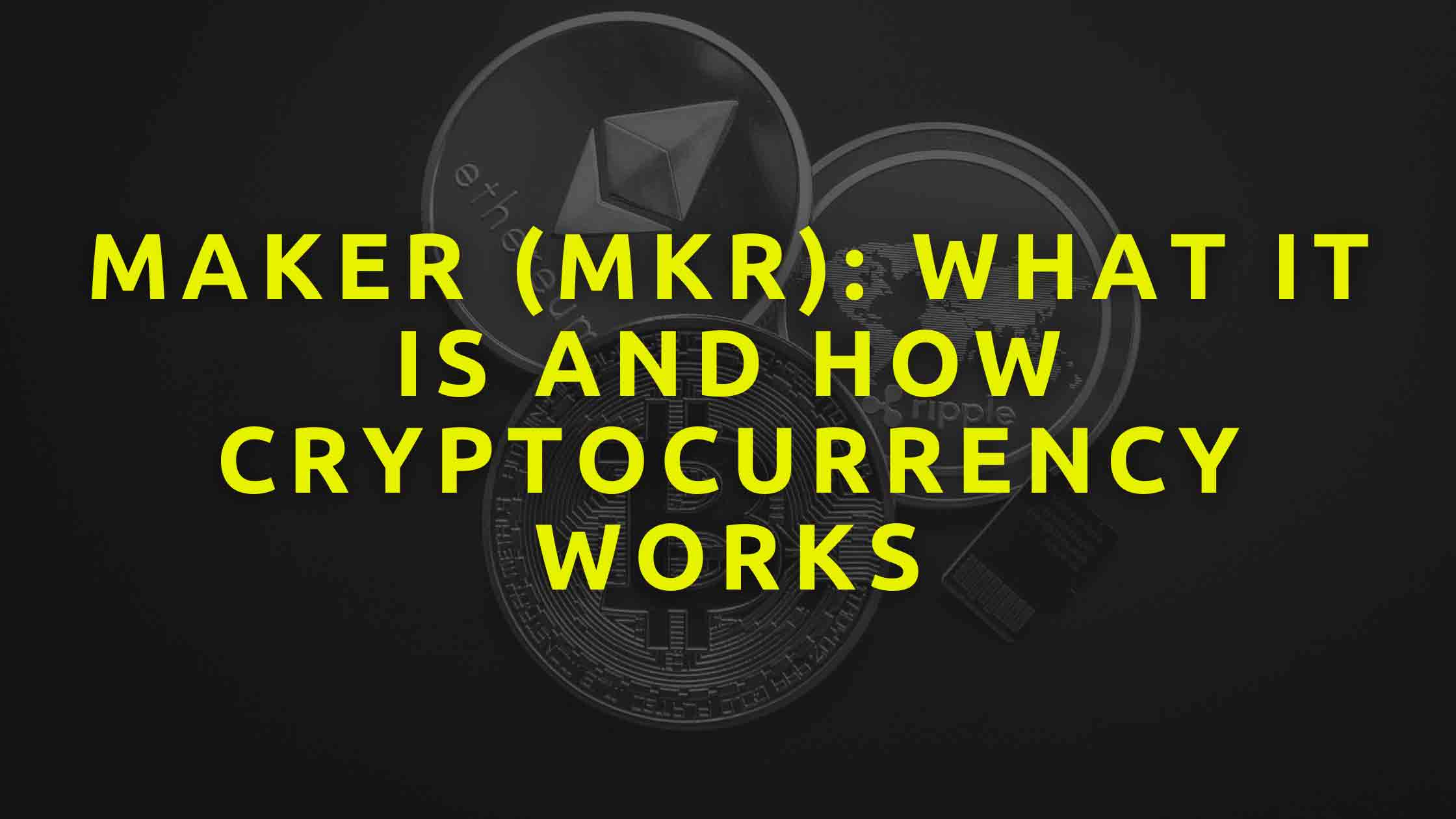 Maker’s (MKR) entry into the cryptocurrency market has been quiet, but this token has managed to attract the curiosity of investors for maintaining a bullish trend despite the most recent shocks that have disrupted the online trading industry. The main feature of this cryptocurrency is that it controls a second token, the DAI, managing to operate as a hedge fund and recapitalization resource. So let’s see what are the complex and original features of Maker System and how Maker (MKR) works.

Maker is a governance token used in the MakerDAO project to make the value of the DAI token more resilient to market fluctuations. The Maker System is integrated into the Ethereume blockchain allows you to receive a variable amount of DAI depending on the amount of capital invested. Maker (MKT) serves, in essence, to create and manage CDP smart contracts through which DAI currency is subsequently validated and issued. Commissions accrued on CDPs (Collateralized Debt Positions) can only be paid in MKTs, which are burned when DAIs are released.

The main characteristics of Maker are the fact that it is a holding currency (it is used to vote decisions in the Maker System), the fact that it can be used as a means of payment for CDP commissions (and can therefore be defined as a token-utility) and the possibility of being used as a recapitalization resource (to be used in periods of insolvency of the Marker System).

Maker (MKT) was brought to market in August 2015, presenting itself as the first tradable token on the Ethereum platform. Subsequently, in April 2016, the Maker network was inaugurated. initially, funds for MKT were disbursed by means of Bitcoin and Ethereum exchanges, but in 2017 Maker managed to obtain an additional source of funding, creating a second token tied to the dollar and 1-to-1 exchange rate: it thus becomes a true governance currency, controlling the issuance of the DAI token.

Maker (MKT) has three main functions: to create CDP Smart Contracts and act as a guarantee for them, to generate DAI tokens from the CDP contract and to pay debts accrued with CDPs. To work with Maker trading, first you need to send a transaction to the platform and create the CDP contract. With a second transaction you need to fund the Smart Contracte with these funds, which are considered a form of collateral, finally the DAI token is created. The funded CDP contract is referred to as collateralized or supported.

The amount of DAIs generated by the CDO and requested by the trader are excluded from the remaining guarantee fund and at the same time create a debt equal to their own value. They can only be withdrawn at the time this debt is repaid. In order to regain possession of one’s own guarantee (changed into DAI) it is necessary to pay off the debt and its interest (called stability commissions), which accrue every 24 hours. Once the debt is repaid with MKR tokens, the DAI is removed from the provisioning fund and, in order to create new ones, the entire process must be repeated.

What is DAI Stable Coin and How It Works

The DAI stable coin is the digital currency integrated as an ERC20 token on the Ethereum network. It was created with the aim of maintaining a value equal to that of the US dollar (with an exchange rate of 1:1) and its value is covered by a guarantee provided at the time of creation and financing of CDP Smart Contracts. The DAI coin stable is created by users who, by making a deposit to guarantee the loan for the creation of the Smart Contract, incur debt. The money deposited in the escrow fund can only be withdrawn again when the debt is settled through MKR. This particular procedure ensures that any DAI token is only generated when there is a certain and verified guarantee fund. This fund has been set by the Maker holding at 150%, so if there are 10 million dollars in DAI cryptocurrency in circulation, it means that 15 million have been deposited as a guarantee fund.

What is Maker DAO Oasis DEX

Maker DAO Oasis DEX is the exchange platform dedicated to the ERC20 token, to be used with leverage, designed and developed by Maker System. Oasis DEX owns a website (https://oasisdex.com) that allows access only if an Ethereum client has already been installed in the device being used.

The platform allows you to work with trading directly from your personal wallet and Oasis is used as a liquidity pool on the Ethereum network. The Smart Contracts Matching Market and Simple Market allow you to trade ERC20 tokens without taking any risk.

SAI coin is the ancestor of DAI coin, which was officially deactivated in 2017. SAI token holders exchanged from SAI to DAI at a 1:1 rate using the Oasis DEX exchange. The transaction is strongly recommended for all SAI coin holders as this coin is no longer supported by the Maker System.

The name The Stable Fund indicates the partnership signed between Maker System and the venture capital L4. The fund is intended for all start-ups based on projects related to blockchain that intend to place their program on the Maker DAO platform, exploiting the DAI cryptocurrency. The funding provided for each Start-up is equal to $25,000 for embryonic projects, while more advanced projects can get up to $200,000.

Is it worth investing in Makers?

Thanks to the particular guarantees offered by this type of project, Maker (MKT) and DAI coin maintain a constant positive trend. Expert analysts in the industry predict that in the near future, Marker DAO will be confirmed as the first smart cryptocurrency, since it is mainly based on stabilization and growth targets.  Currently, the only hindrance to a sudden increase in the value of the project is the fact that it is still tied to the Ethereum blockchain, so the main problems of the latter (such as commission costs) inevitably affect Maker DAO.

Predictions for the Future: Our Opinions

The MakerDAO project and its Maker(MKR) and Dai coin tokens have been able to overcome very well the worst peaks of growth recorded with the advent of the global economic crisis due to the pandemic. It has therefore demonstrated not only that it is an ambitious and pioneering project, but also an incredible ability to adapt. MKR’s governance also fits squarely into the decentralized finance (DeFI) system, which is seen as the goal of the entire economic sector. Since moving average and oscillator indicators are constantly set to Buy, investing in the Maker DAO project can only be considered a highly recommended strategy.