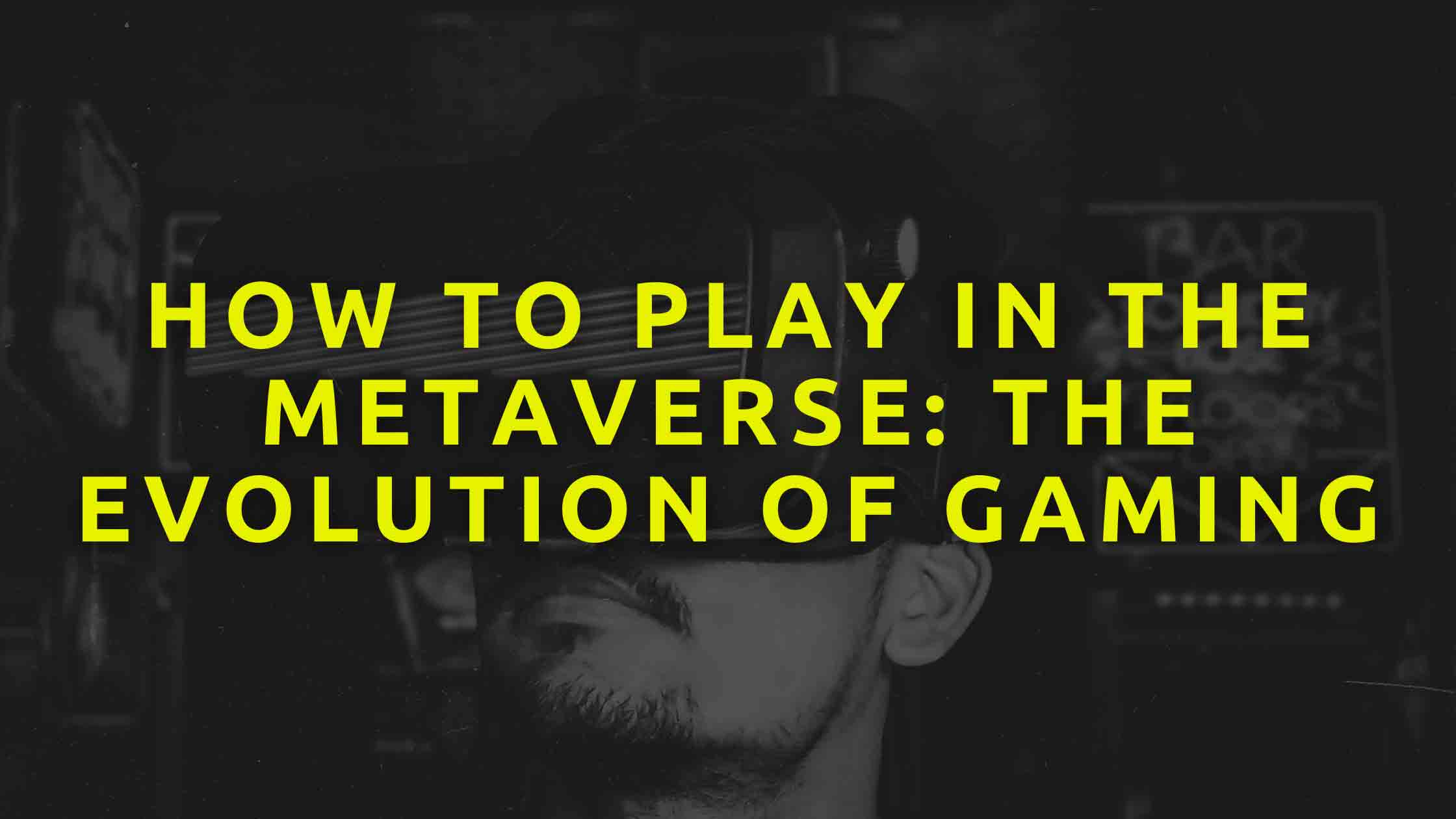 The metaverse is the new big bet of our time. A challenge that puts technology, social media and video games on the same level and that is defining the contours of a new universe, a “meta” universe, in other words, “beyond”, whose boundaries between real life and virtual reality are increasingly blurred. An appetizing prospect for many companies that have started a ruthless race towards the creation of the best metaverse. Let’s find out how to play in the metaverse and what are the prospects for the future.

How Games in the Metaverse Work

Gone are the days when profit was the sole preserve of game developers. The new generation of games now allows players to fully own their gaming assets, having a say and earning while playing. While until recently the games industry equated to fun, today it equates to substantial financial returns.

In the metaverse, games are based on the play-to-earn economic model which, combined with the use of blockchain technology, creates an open economy in which each player adds value and contributes financially to the system based on his or her game results. Blockchains, in fact, being open systems with no boundaries, make the play economy much more fluid, usable and inclusive.

This innovative economic model allows users/players to earn cryptocurrencies simply by participating in the game. Typically, rewards are generated by staking (an alternative to mining, which involves locking cryptocurrencies to receive rewards), farming the game’s currency, or creating exchangeable NFTs.

NFTs, an acronym for “non-fungible tokens,” are non-fungible tokens, meaning they are not mutually interchangeable. They are parts of digital content that virtually represent a wide range of unique items such as artistic or gaming items, such as a character or character customization. Some have a mere aesthetic function, others, instead, have a strategic purpose within the game.

To understand this mechanism well it is good to analyze the successful game Axie Infinity. It is a metaverse game in which players compete with each other by putting their pets called “Axies” into battle. The game is modeled on the popular Pokemon franchise and follows the storyline of these digital pets that can be raised or trained by players or even used to perform individual and community quests so as to earn more rewards. Axie rewards players with a token called Smooth Love Potion (SLP), which is a cryptocurrency that can be bought or sold on a cryptocurrency exchange and then converted to cash. Play-to-earn games thus rely on financial incentives to keep playing and progressing.

How to Start Playing

Getting started with a play to-earn game is relatively simple, considering that most of them are available on Windows, Android, and iOS. Although each has different requirements for access, what you need is a crypto wallet, such as MetaMask or Binance Chain Wallet, to connect to the game and store your crypto.

Some games, such as Axie, that require an initial investment of $600 to purchase three Axies, but that’s not everyone’s prerogative. Once you’ve started your game, there are two ways to earn in a P2E: get NFTs to sell or play regularly so you can create a stream of crypto and accumulate rewards.

The most used approach follows the rule that the more you play, the more cryptocurrencies you can get. Lightnite, for example, is a multiplayer game, where you can earn Bitcoins by shooting your opponents in Deathmatches. Once the game is over, the earned BTCs are transferable to your Lightning Network-enabled wallet.

The second approach, buying, selling and trading NFTs, on the other hand, represents a practice already experienced in the old games for many veteran players. Possessing weapons, special powers or a particular costume for one’s avatar has always been a goal for any self-respecting gamer, only now, in the blockchain, owning and conquering them means earning and trading with other buyers. Games like Decentraland use the Ethereum (ETH) blockchain to enable NFT trading.

Having understood the mechanism behind P2E games, the next step concerns how to benefit from these gains in real life. To cash out a token as an SLP, as mentioned earlier, you need an exchange that owns your play-to-earn crypto within an exchangeable pair. There are several options: the token can be exchanged for a fiat currency and then transferred to your bank account, you can use a crypto card to spend the cryptocurrencies you have earned, or finally, convert what you have earned into a stablecoin.

The Evolution of Gaming in the Near Future

Leaving aside the social dangers that could result from locking oneself away in a virtual environment, the question that a lot of people are asking is: when will this new universe really be ready and usable? As Warpin’s Ridderstad says, “we’re still a couple of years away from being able to really jump seamlessly between apps, but when we can really co-create and meet people all over the world, working together on different projects, I think it will really explode.”

Alex Howland, President of Virbela, on the other hand, puts a focus on “the importance of creating specific markets for the implementation of this colossal project.” Companies like Facebook, Microsoft, Epic Games, Walt Disney are already creating their own metaverse, each based on their specific characteristics and potential. For Facebook the metaverse will be a social evolution, for Walt Disney an evolution of Disney +, for Epic Games the next descendant of Fortnite. Each, therefore, brings forward its own strength.

There are many points on which it will be necessary to find an agreement. Who will manage the metaverse? An entity super partes able to make the different realities coexist peacefully? Maybe. There is no doubt that the interest of all is to give life to a civil and safe platform in which in-game communication should be as close as possible to the real one, avoiding any form of barrier between the various apps in order to build together a new co-human experience.