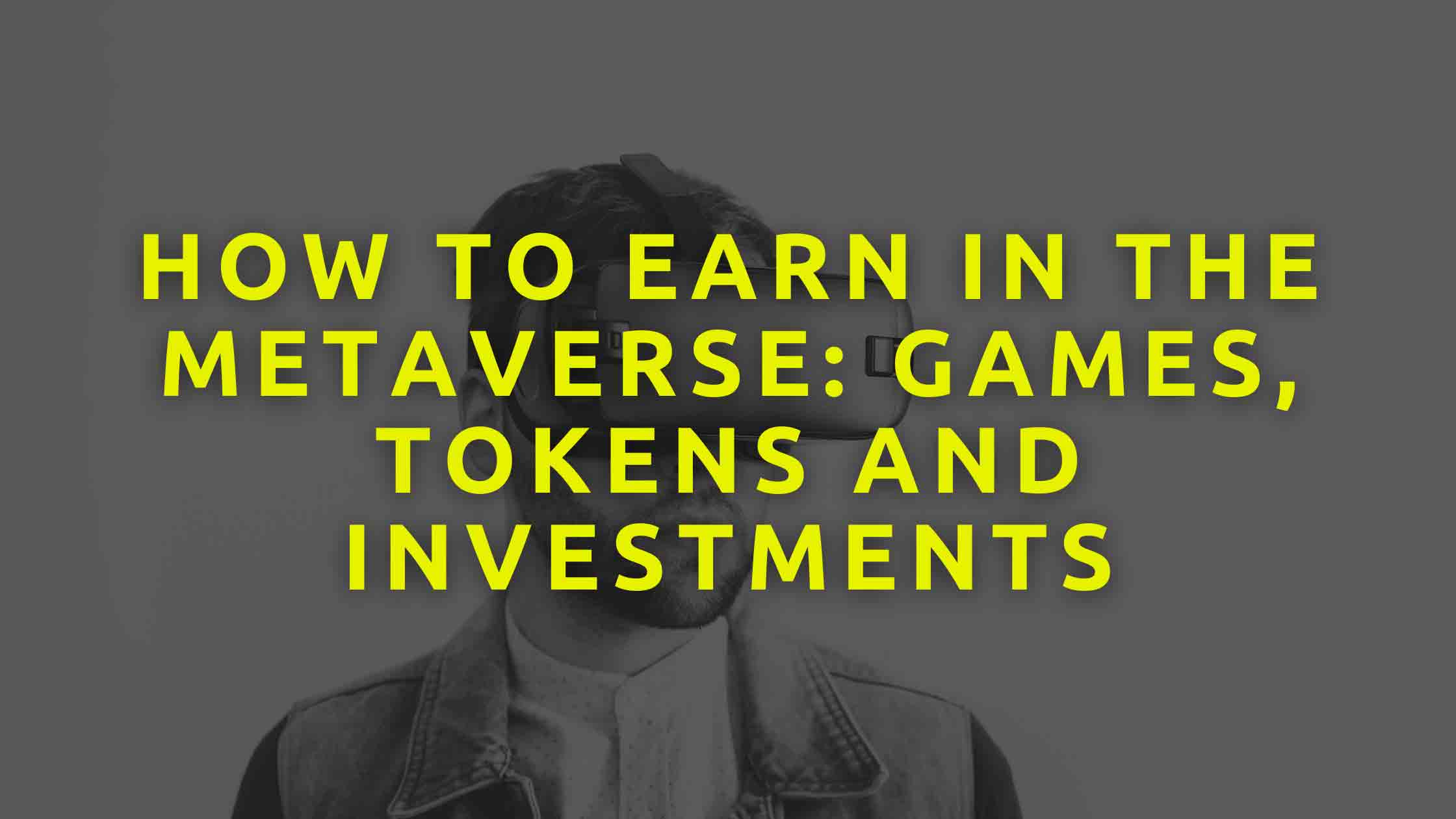 The word Metaverse identifies a system in which there are no barriers between real life and the digital world composed of virtual, extended and augmented reality. A term related to the profound changes that the web and new digital tools, such as blockchain technologies and cryptocurrencies are determining in everyday life. Below we are going to consider if it is worthwhile to earn with the Metaverse and what are the possible solutions.

Is it worth investing in the Metaverse? Forecast for the Future

You might think that the idea of the Metaverse is recent, but the reality is quite different, as this concept has been around for several decades. A theme related to science fiction, repeatedly proposed in books such as the Snow Cash series, or in films such as The Matrix saga. Something that today, thanks to new technologies, could be connected to reality. The world of the Metaverse includes a series of products that today are under the eye of investors: from cryptocurrencies to shares linked to hi-tech giants, from systems based on blockchain to new generation games. A system that develops on the net and that leads one to wonder if it could be a valid investment for the future.

It is not easy to answer this question. In fact, for some analysts, the world of the metaverse will be the next evolution of the web, since its purpose is to simplify both commercial and daily life activities. Moreover, the sectors in which to invest are those that have determined degrees of interest in investors in recent years.

It is enough to consider the companies that have bet on the Metaverse, from Facebook to Google up to Microsoft: their growth rate has been constant. If we then add the forecasts linked to the world of cryptocurrencies, the future prospects of the Metaverse seem to offer ample opportunities for growth. On the other hand, it must be considered that the world of virtual reality foresees a series of uncertainties that could determine a sudden contraction of the connected instruments.

How to Earn with the Metaverse

Beyond the future and possible predictions, today the Metaverse world already has direct contacts with everyday reality. In fact, it will be possible to earn both by playing and investing in different financial instruments. Let’s see which ones.

Among the first opportunities to enter the world of the Metaverse and obtain a possible future return, there is the possibility of investing in stocks that refer to companies that have focused on the evolution of virtual reality. Among these stand out some of the most prominent companies of the moment.

How to Invest in the Metaverse with ETFs

Among the solutions to earn with the Metaverse, it will also be possible to bet on ETFs. In fact, from the U.S. market has been launched the first Exchange Traded Fund, which is composed only of stocks and bonds of companies that have focused on the development of the world of metaverse: the Ball Metaverse Index.

Another opportunity to earn with the Metaverse is to focus on platforms developed on the principle of trying to interconnect the virtual world with the real one. One example is the world of Roblox. A platform created to allow all its users to share their imagination, create new games through which you can also get a virtual token. A real virtual universe that has about 200 million users and a market capitalization that exceeds 43 billion dollars. But this is just one example of the many games linked to the Metaverse.

NFTs are tokens that are linked to a particular digital asset, such as it may be the creation of a Meme, a digital product, an artistic creation, or an element of a game. They can be a viable solution for investing in the Metaverse. Just consider the success of Decentraland, a virtual platform based on the Ethereum blockchain. Through it it will be possible to buy and sell land, also allowing users to interact with each other and play games. Just consider that in recent times there have been exchanges in the token used for about a million dollars.

Cryptocurrencies and the Metaverse

Another option could be to buy cryptocurrencies linked to the Metaverse and that are based on blockchain increasingly evolved and integrated with each other. The solutions are different from Mana, Decentraland’s cryptocurrency to Sand, that of another virtual game like Sandbox to the Elrond project developed around the world of cars.

Earning with the Metaverse: Final Considerations

The idea of the Metaverse reflects a world in which the barriers between reality and the digital world will disappear, in order to simplify and speed up individual interactions. A future that can be considered very probable and that already appears in various aspects of our daily lives, with profound changes in the way we manage communications and investments.

Thanks to the different tools present in the world of Metaverse, the opportunities to diversify one’s portfolio are various, but one must still be careful, given that it is a new path and that it still presents a series of uncertainties.