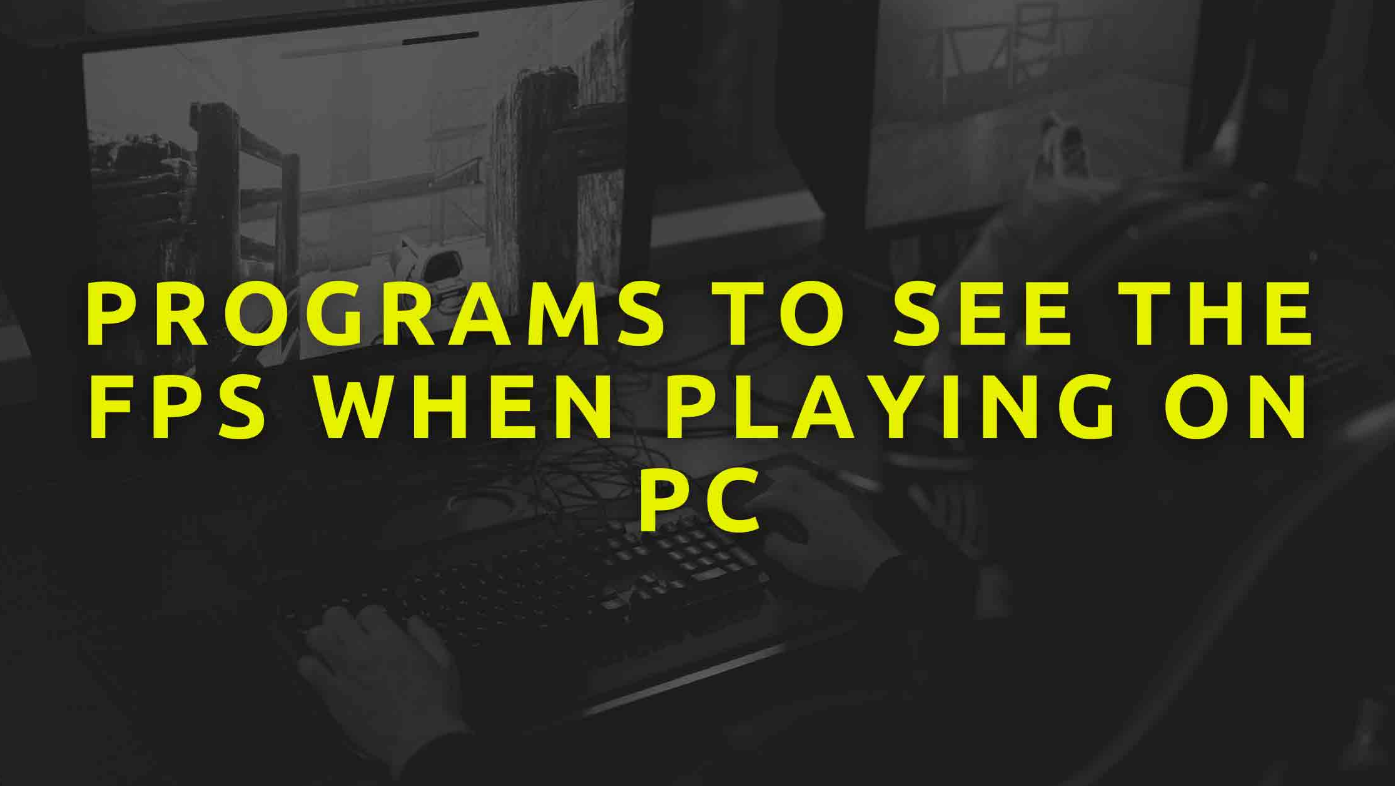 When we play a game on a PC, there is nothing worse than seeing everything slow down out of the blue, with images that scroll with a bad slow motion effect, making us lose precious time and compromising the gaming experience to the point of exasperation. This problem is due to a low FPS number, that is, a low number of frames per second processed by the video card in your gaming computer.

The FPS are never constant during a gaming session and if we notice a lot of slowdowns it’s time to adopt one of the softwares present in the following chapters, so we can constantly monitor the fluidity of the game in every condition and scenario. If we have never heard of FPS we can also find a summary chapter, so we can understand why they are so important when we play on computers.

If we have also witnessed this phenomenon and want to keep it under control in this guide we will show you the best software to view FPS on PC with Windows 10 operating system, so you can see in real time the number of FPS played on the screen and if necessary act on the game’s graphic parameters or video card settings, so you can get a higher value.

What does FPS mean

FPS is an acronym that stands for Frame Per Second, which is the number of frames that the video card is able to generate with its internal components and then send to the monitor. Considering that all modern monitors are able to reproduce a video stream up to 60Hz, a video card should show the game images on the screen at 60FPS, which is considered by many gamers to be the ideal frequency to enjoy a very good fluidity on all modern games.

Unfortunately, this ideal scenario is not reproducible on all games: as the resolution and level of detail on the chosen game increases (including new lighting effects made with Ray Tracing) the video card will use more and more GPU and video memory, until the resources are saturated. As soon as the video card reaches its limit the generation of new frames slows down, making the number of FPS reproduced on the screen drop drastically: in fact the game is no longer fluid, making the environment and our character move in slow motion. Usually the slowdown is bearable up to 30FPS (a widespread standard especially on consoles), but as soon as you get to 25FPS or less the slowdown of images is such that it can make any game unplayable.

To avoid these situations we have to monitor the FPS during the game and, when we notice a noticeable drop in FPS, pause the game and play with the graphics settings, giving up something like lighting effects or level of detail.

How to check FPS with Windows 10

If we have Windows 10 as our gaming PC operating system we don’t have to download any program to display FPS during games, since a frame-per-second counter is built into the famous Windows Game Bar, which can be recalled at any time by pressing the Win + G keys on the keyboard.

As soon as we open the game bar we press on the bottom left on the FPS menu and press the Request Access button, so as to provide the necessary permissions to calculate the FPS. As soon as we are ready we exit this screen (by pressing again on the keys indicated at the top or by clicking in a free point at will), open the game to be monitored and press Win+G again to display the FPS of the game in question.

Other programs to monitor FPS

If we want to monitor FPS with other tools we can choose the FPS monitor integrated in Steam, the famous client to get games in digital format. To activate the FPS monitor we open Steam, press on the top left of the Steam menu, open the Settings menu, go to the In game menu and open the dropdown menu under the item FPS in game counter.

In the dropdown menu we choose where to place the FPS counter, choosing one of the corners of the screen, after the choice press OK at the bottom and start any game on Steam, so we can see the FPS during the game and check when it becomes less fluid.

If we don’t have only games on Steam we can monitor the FPS with a tool like MSI Afterburner, available from the official website.

This tool designed for video card overclocking also offers a FPS counter, useful for monitoring any game not related to Steam. To activate the counter, open the tool, click on the gear icon, open the Monitoring tab, activate the Framerate plugin and make sure the Show in On-screen display option is active. Now let’s minimize the tool and run any game in full screen, so we can see the FPS on PC.

Keeping the FPS under control is very important, especially with new games and the latest video cards: it takes very little to find yourself in the hands of a fluid game, even with a high-level PC hardware. If we notice a drop in FPS around 30FPS, we should act immediately on the parameters of the game, turning off the unnecessary and focusing on fluidity, trying to maintain a good graphics quality.