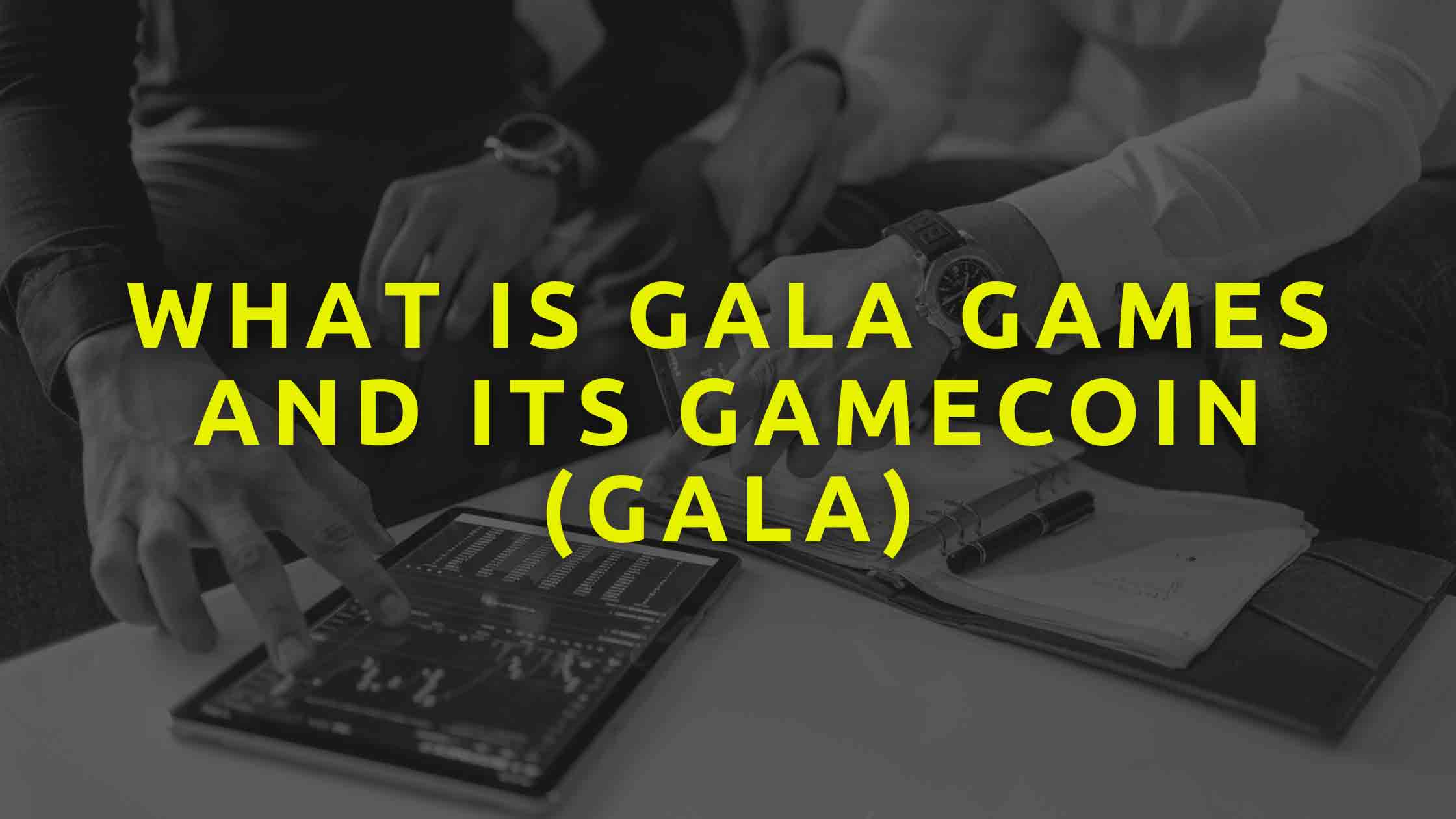 Gala is a complete ecosystem for developers and gamers that unites games and NFT.

Gala Games is one of the highlights of the crypto world of “play to win” games. Its ecosystem provides blockchain-based game development and gives players control over their games.

This is another crypto project that unites games and non-fungible tokens (NFT) that has seen strong growth in 2022.

Its gamecoin GALA, as gaming coins are called, got a strong boost this week after it was listed on Binance, the world’s largest exchange by transaction volume.

In addition to the increased interest in blockchain games, another reason for the token’s strong rise is the fact that the platform has expanded its operations beyond the Ethereum network.

Thus, it is able to offer its developers cheaper network fees.

According to the official Gala Games website, its mission is to create “blockchain games you really want to play,” giving players full control.

Learn more about this gamecoin and how the Gala Games ecosystem works.

What is Gala Games (GALA)?

Gala is not a single game, but rather an ecosystem with different 100% free blockchain games that players can access via a decentralized application (DApp).

Gala Games currently lists five games on platform, but only Town Star, is active and open to users.

Town Star is Gala’s debut game and simulates a city in which players are the owners.

Let’s take a look at the different games that Gala offers:

Town Star is a farm town building and development game, in which the player builds a farm to compete in weekly tournaments to win NFT.

The goal is to create a productive town. The game can be accessed with your PC or cell phone.

Mirandus is a fantasy role-playing game where players fight monsters in various locations and build their lands for income.

In the game, players have complete freedom of choice. They can head out into the wilderness alone to try their luck against monsters in deep forests and dungeons.

Players can access Mirandus with their PC. The game is not yet available in a mobile version.

Spider Tanks is an online multiplayer battle arena game that allows players to choose a location on the map to fight with other players. The game can be accessed from the PC.

Echoes of Empire is a science fiction strategy game set in a galaxy at war.

Players can own their own spaceships and control parts of the galaxy. The game is still in development and will be available for PC.

Fortified is a player versus player Tower Defense game set in a medieval world. Players compete to build the best strategies.

Who are the founders of Gala Games?

Gala Games was founded by Eric Schiermeyer in July 2019 with the goal of creating a blockchain-based gaming network that would give players more ownership over their games.

Schiermeyer is also a cofounder of Zynga (Z2NG34), a popular social and mobile gaming company.

Other big names behind Gala Games is Wright Thurston, one of the first major miners in the cryptocurrency space and holder of several patents in blockchain technology and Michael McCarthy, creative director of games like Farmville 2.

In total, the Gala Games team consists of 60 people.

Gala Games’ platform was built on the Ethereum network and later migrated to the Binance Smart Chain and Polygon.

Its ecosystem allows developers to create their own NFT games on its platform and others to join to play for free.

Thus, all of Gala Games benefits as new projects and new players come to use it.

The Gala network is secured by a triple proof mechanism that includes a proof-of-work, proof-of-stake, and proof-of-storage protocol.

The so-called Founder’s Nodes are the key element of the Gala Games ecosystem.

These special network nodes validate game transactions, secure the network, and have governance rights on the platform by voting on key issues such as which games to feature and how the reward system in games should work.

Node operators receive GALA tokens as rewards according to a points system.

If you wish to obtain a node license, you can buy Founder’s Nodes in the Gala Games Marketplace.

The Gala Games ecosystem has a marketplace where users can buy and sell assets from the different games within it.

In the marketplace you can also find the VOX collection, which are collectible NFT avatars from Gala Games.

Each VOX is unique and embodies a sense of rarity. Initially they were issued for an average price of 0.0888 ETH.

Beyond just being an NFT avatar, the VOX has other uses. Its holders can block GALA and earn VOXcoin.

GALA is the native utility token of the Gala Games platform. It is an ERC-20 asset developed on the Ethereum network.

GALA is used as a medium of exchange between Gala Games participants, as well as being a form of reward for node operators.

Currently the circulating stock of GALA tokens is approximately 7 billion and its total maximum supply will be 35 billion.

Is it worth investing in GALA?

Gala Games is the result of the development of the Blockchain gaming industry that uses NFTs to reward players.

The increase in the number of active users on Gala is an indicator that the ecosystem is becoming more popular.

However, investors should consider the existing competition in blockchain-based games, including Sky Mavis, makers of Axie Infinity, and other metaverse games like Decentraland and The Sandbox.

The big advantage of GALA is that because its platform encourages the development of new games, you won’t be investing in any specific game, but in multiple games present in its ecosystem.

Investing in crypto assets is highly volatile, so look for ways to minimize your risks and invest only what you are willing to lose.