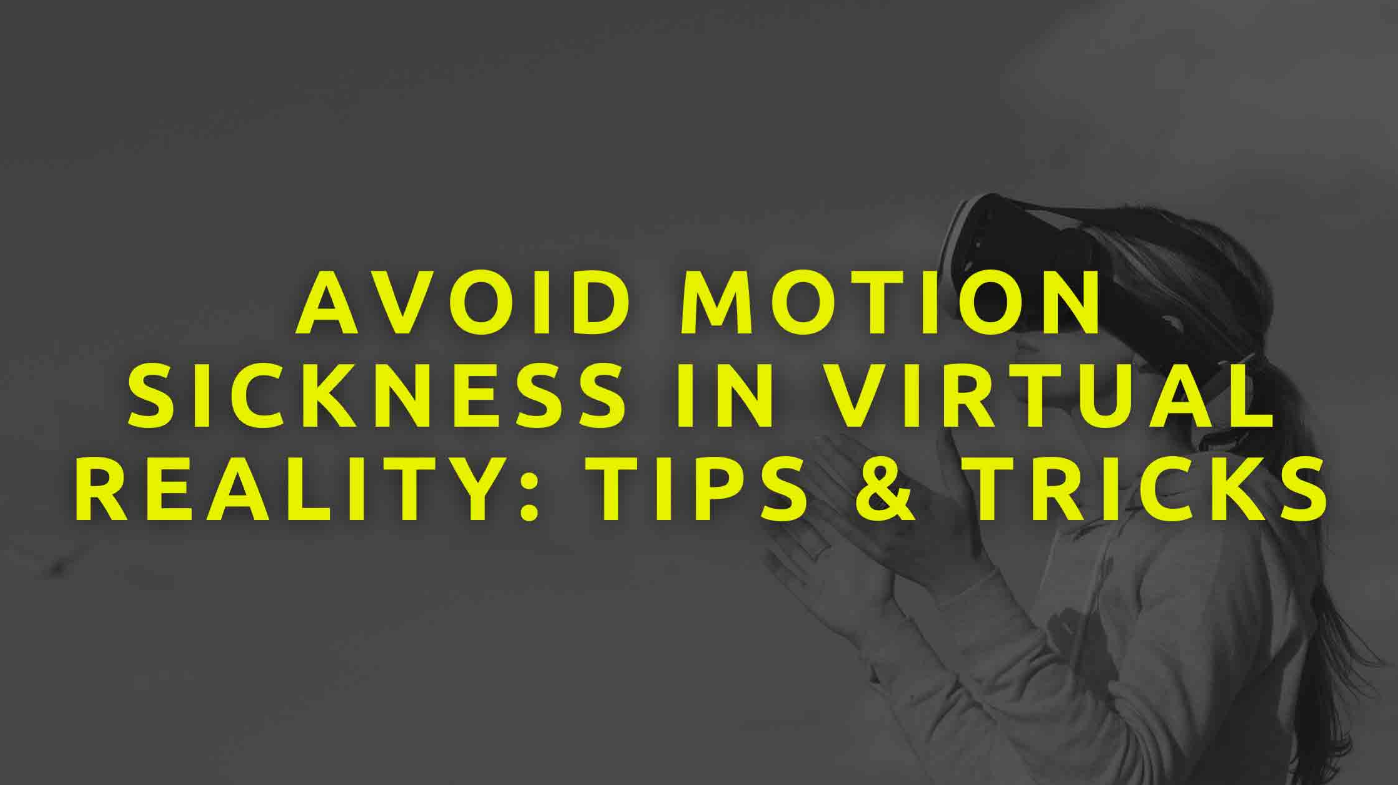 Many of the newcomers to Virtual Reality are perhaps a little disappointed for not being able to use their new visors all the time they would like because of dizziness or nausea.

Well today I bring you some tips and tricks to try to minimize this impact and develop more quickly the Virtual Legs or virtual legs.

Is it common to suffer dizziness in Virtual Reality?

The answer to this question depends on the physiological factors of each person, there are people who have not experienced dizziness in Virtual Reality and others who just by putting it on suffer nausea.

If you are a person who tends to get dizzy easily, you will have a predisposition for Virtual Reality technology to cause nausea and dizziness.

On the VR Heaven website, a very complete statistical study was carried out on the factors that influence people to get dizzy and the type of frequency with which they suffer from it.

But with a few simple tips and tricks you will be able to use your viewer in a few days or in the worst case in a couple of weeks without any problems.

Why do we get dizzy in Virtual Reality?

When we put on Virtual Reality glasses our brain receives an avalanche of information through our eyes but this information does not correspond with the rest of the body.

One of the theories is that the immune system understands that if there is movement and you are not moving, we suffer a possible poisoning, which will incite preventive vomiting.

Whether in the car, boat, plane or Virtual Reality, when our brain detects movement but does not process it well, it will always tend to empty the stomach causing dizziness and nausea.

Will I be able to stop suffering from motion sickness with my Virtual Reality viewer?

There are many games that have implemented motion systems to avoid motion sickness such as teleports or blurring, this is fine for beginners.

But here we have come to play with free movement as it gives us a much more accentuated sense of immersion and will make us enjoy our VR glasses much more.

There are several tricks and guidelines that we can follow so that our brain gets used to free movement in Virtual Reality, this will create the Virtual Legs and avoid future dizziness.

If you feel sick stop.

If during a short session you start to feel sick, have cold sweats, your stomach starts to feel funny or your eyes start to glaze over, take off the visor.

Whether it’s 10 minutes, 30 minutes or 1 hour, your brain has just picked up new information about Virtual Reality.

It is not good to force a session of 1 or 2 hours if you feel bad because the result may be counterproductive and you may end up being afraid to put on the visor to avoid getting dizzy.

I know Kung Fu! When you feel better, put it back on.

This guideline is as simple as it sounds, if you have worn the visor for 10 minutes and you feel dizzy after a short break when you feel better put the visor back on.

The idea is for the brain to get used to this sensation and gradually develop the virtual legs that we veterans have control over.

Keep using the visor until you feel dizzy or nauseous again in the Virtual Reality game you are playing and take it off again and rest.

Do not start with long sessions of 1 or 2 hours if you suffer dizziness, it is advisable to play at intervals of 15 minutes at first and extend over a couple of weeks.

Some people take longer than others but as a general rule you will notice how your body will gradually endure the sessions for a longer time in the virtual world.

In this way you will be able to use your Virtual Reality glasses normally and have sessions of several hours without suffering dizziness or nausea.

I recommend to start in Virtual Reality games in which we do not need to move but still our environment is completely mobile.

As an example we could put Beat Saber, a rhythm game in which we will have to cut boxes doing lateral displacements, which helps us to gradually build our body.

Another great game to start with is Superhot, as time stops if we stop ourselves, which means that we can move and stop at any time, helping to avoid dizziness.

Move your feet while walking in Virtual Reality.

This is a trick I learned playing Fallout 4 VR, a game where you spend most of the time traveling through the wasteland with a rifle on your back exploring locations

Well, it’s as simple as being static in the room while using free movement with the Joysticks, lifting your legs as if you were walking.

This reduces dizziness considerably because even though there is movement, your brain detects that something is moving in your body and we get dizzy much less.

Driving simulators or car games are one of the most nauseating things to do in Virtual Reality, making even the most veteran users dizzy even after years of using this technology.

If you are a fan of driving simulators I recommend you to start with games that have implemented anti-dizziness systems in which we drive on a simulated monitor.

So little by little we will be able to alternate sessions between normal and anti-sickness until our brain gets used to the vehicles in Virtual Reality and you can enjoy your hobby.