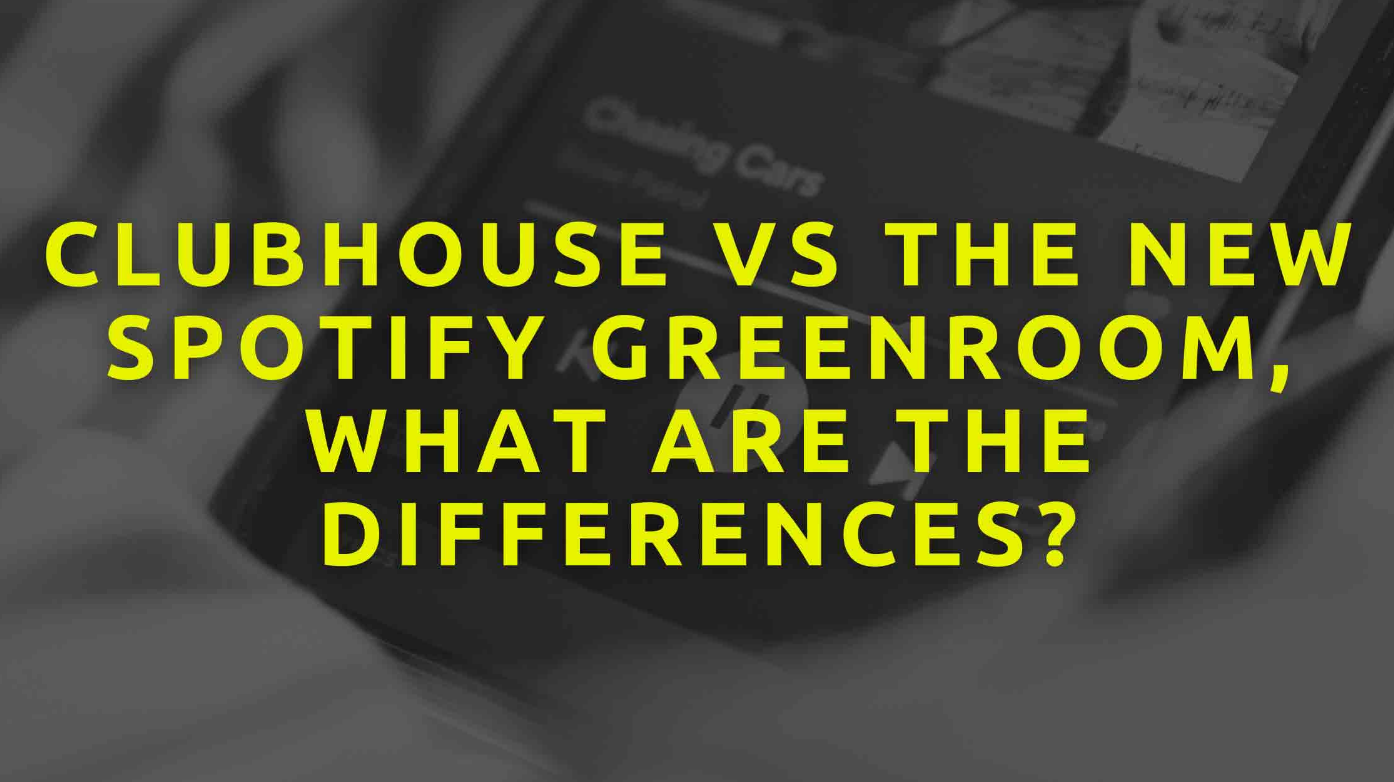 A new alternative arrives on the market of live audio apps. We compare Clubhouse vs. the new Spotify Greenroom, what are the differences.

New options are constantly emerging in the market. After the launch of Twitter Spaces and Facebook Live Audio Rooms, we are now witnessing the battle of Clubhouse versus the new Spotify Greenroom, what are the differences between the two live audio services will be the key to discern who ends up dominating this niche market, still very much in vogue.

Spotify Greenroom is a new app now available on both Google Play and the App Store that allows all its users to create or join audio rooms, with the ability to turn them into podcasts to upload directly to Spotify. Greenroom is based on Locker Room, an audio app originally focused on the world of sports, whose users will see a resounding makeover as it adapts to Spotify’s usual green and black.

Spotify Greenroom’s design is not unlike that of Clubhouse, the app that has set the standard in recent months. Room participants appear at the top with their round avatars and the listening audience is below in a smaller size. Mute options, moderation controls, and the ability to invite audience members to participate are available. The capacity of each room is 1,000 users, although Spotify plans to increase this over time.

An interesting difference from other live audio applications is that a chat can be enabled, which the room creator can activate or deactivate as desired. It will also be possible to request the audio to transform into a podcast at the end of it.

However, it is in the field of moderation where Greenroom can begin to mark the most profound differences with respect to Clubhouse since this is where this application has received quite a lot of criticism. All content broadcast in the audio rooms will be recorded and kept on Spotify’s servers, so if a user reports a piece of content as offensive or incompatible with the platform’s rules of use, the moderators can resort to the recording to make a decision.

Clubhouse, for its part, maintains that its rooms are temporarily recorded while live in order to be able to deal with possible technical incidents, which means less room for maneuver when it comes to moderating. The existence of rooms in which hate and anti-Semitic speeches were propagated has been a drag on Clubhouse’s public image.

Greenroom to include monetization

Spotify also hinted that in the future Greenroom will include monetization as well, which could be a big push to attract new users. However, the company has not yet specified further details about this initiative.

Spotify Greenroom has been available since last week for Android and Apple devices, although on some handsets you may still find the beta version in the download stores. The app has been launched in 135 countries and is one of Spotify’s major bets for 2022, with several plans to boost it further in the coming months.

The late arrival of Clubhouse on Android, the poor reception of live audio services on Twitter and Facebook, and the little impact of alternatives such as Stereo have left a panorama that Greenroom can take advantage of. Will it become the universal option for all those podcast lovers who want to publish their content live?