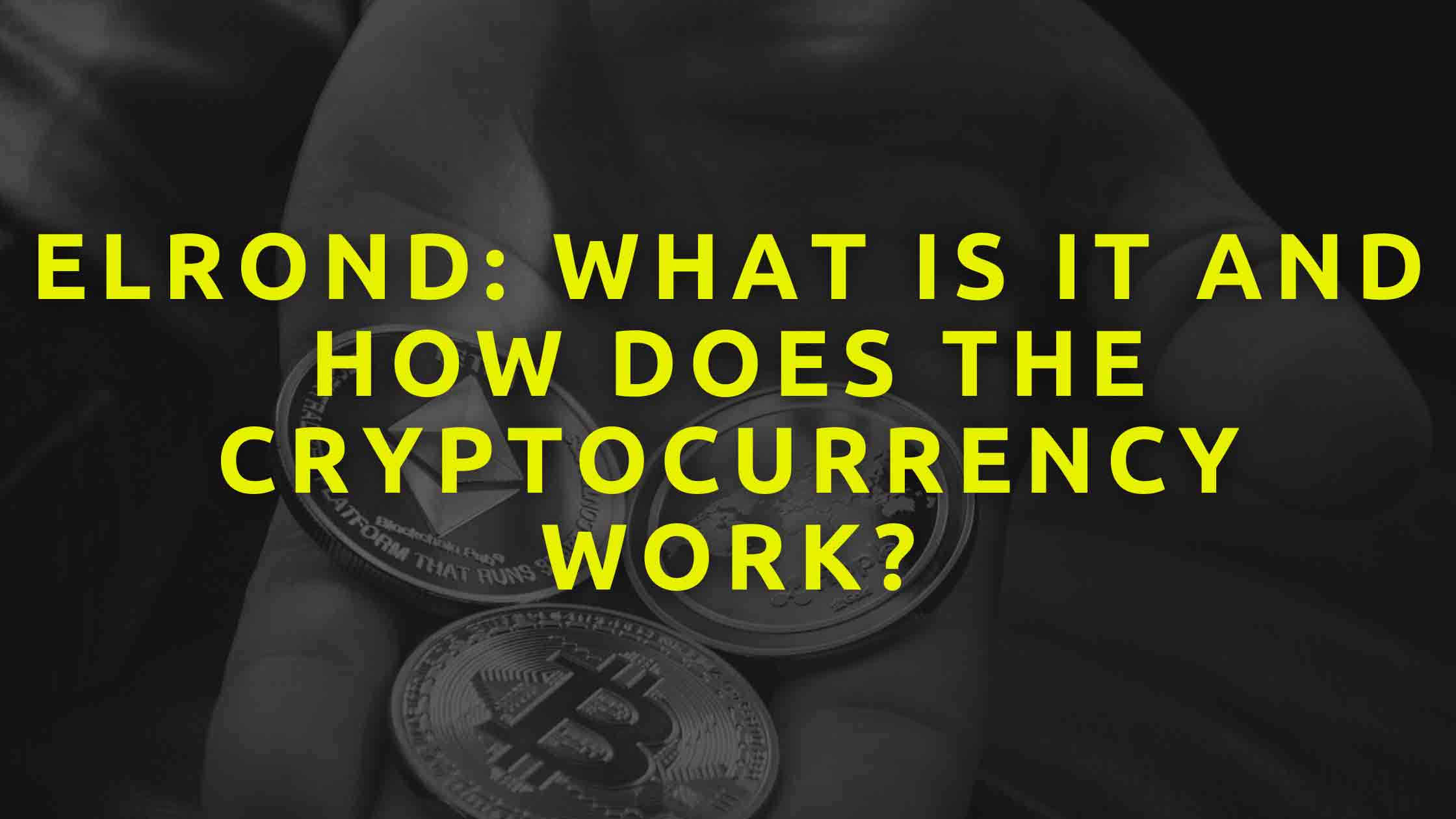 Elrond is an innovative cryptocurrency that is based on the blockchain, secure and scalable. Born in 2017 by the brothers Beniamin and Lucian Mincu with Lucian Todea, it aims to solve the problem of scalability of the blockchain, and actually succeeds with implementations such that make it one of the best performing to date. All this thanks to a development system that has been designed horizontally and not vertically, solving at the same time the issues of security and speed in cryptocurrency exchanges.

Elrond is a company that has created a completely innovative ecosystem for transactions related to cryptocurrencies. Therefore, it is not just a currency but a dedicated system in which the EGLD token represents the network’s native unit of value, a medium of exchange. However, this is more sophisticated than other existing cryptocurrencies because it is based on a very particular programming, which provides forms of implementation aimed at creating speed and security compared to other products.

It has a token that is used to divide the data into even smaller parts, distributing them across the network in a fragmented way, with a number of nodes that are used to process the transactions. The divisions are on three lines: state, transactions and network. The Elrond cryptocurrency, using this mechanism becomes proof of any attack. With the EGLD token each node is individually validated, this leads to a totally secure and low latency solution.

The Elrond team is composed of developers and technicians, this has concretely offered the possibility to intervene in a sophisticated way from the point of view of quality. A very ambitious project that is worth keeping an eye on for its growth and especially for the collaborations that the company is developing with other partners.

The cryptocurrency made its debut on the financial market in 2019. The first accolades came in 2022 when DeFi systems were announced for the security protocol. Elrond provides streamlined steps and boasts innovative technical features.

Elrond is a very sophisticated project and definitely a flagship product that has dominated the cryptocurrency scene in recent years. Its transactional speed has largely solved what was the problem with cryptocurrencies in general, but also with important elements like Bitcoins. This is an area that suffers from very high costs and low speeds. Elrond has positioned itself as the “solver” with a total change thanks to the special token called eGold (EGLD).

So this is not just a new cryptocurrency but a new ecosystem that includes FinTech, DeFi and IoT. Elrond is also tied to a personal virtual machine that handles the creation and execution of applications. This enables it to perform

with a speed of six seconds and transaction costs of less than a penny. These figures are impressive when compared to others. The concept of a “splinter” has also revolutionized the blockchain, where scalability was the biggest issue. In fact, when a blockchain advances, the transactions become bigger and everything becomes more complex and less scalable because you have to control every single transaction. In this case, however, everything happens differently, with the sharding technology, with which Elrond is equipped, the work is distributed on each node and therefore it is no longer vertical but horizontal and for this reason it can ensure performance otherwise impossible.

Elrond has a very particular architecture. The fragmentation, as anticipated, occurs on three levels: there is first of all the State or the history of the network. Each block has a history and the nodes, which represent the various PCs connected to the network, must maintain the block state. This actually reduces the latent storage capacity they need.

Another fragmentation is that of Transactions, these are mapped and processed on specific criteria. Parallel transactions with other fragments are processed for each sender’s address, and this keeps each trace in the network. The third is the Network Fragment which takes care of grouping nodes to optimize communication. Thanks to these three layers the communication is optimal, the performance efficient.

Elrond has introduced a new concept of sharding, the Adaptive State Sharding, a totally dynamic model where the network adapts itself to the people and therefore allows to manage well the demand guaranteeing to the users: security, availability, decentralization. Elrond considers scarcity a value, there are no infinite tokens and this makes it even more attractive and interesting for investment.

Elrond can be purchased through special exchange platforms and online brokers like Binance. This one, in particular, is dedicated to the exchange of cryptocurrencies and therefore is not only safe but also performant and usable even for those who are starting out and are not fully familiar with the matter. Relying on serious and reliable systems is fundamental because the variations are unpredictable.

The advantage of buying this cryptocurrency is definitely given by the forecasts of good growth margins, even if it is purely speculation, but also by the great security. Thanks to the technology with which it has been equipped at multiple levels, it turns out to be among the most scalable and performing products on the market. This is not to say that there are no risks involved, which is why it is essential to purchase it through a secure and specialized platform, as well as to carefully evaluate the performance of the quote in real time.

Forecasts for the Future

The creators aimed to bring a totally innovative technology, in terms of connections, transactions and applications to facilitate user access. In the blockchain space, according to experts, Elrond will give birth to a new market. Its broad scalability could potentially allow it to keep up with demand while offering a secure service. What you can count on then is certainly the possibility of investing in a totally innovative project. Fundamental, however, always choose a safe system to invest because the market trend, even in the case of cryptocurrencies, is variable and absolutely unpredictable.