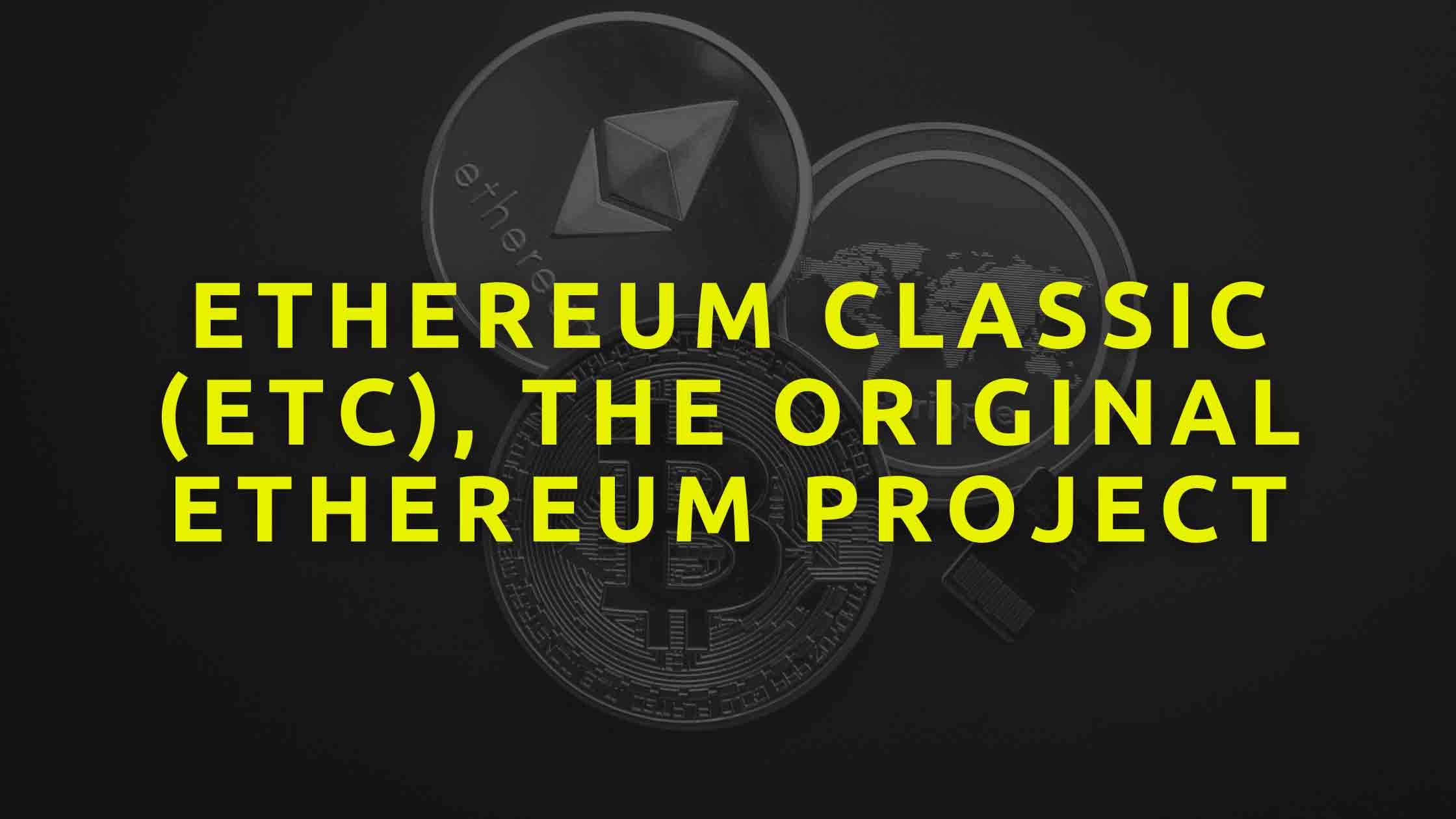 After a controversial hard fork of the Ethereum network, Ethereum Classic remained with unchanged code.

Ethereum Classic (ETC) is the result of a hard fork of the Ethereum network. Because it preserves the old blockchain code, it is often referred to as the “original” Ethereum.

Unlike what usually happens, the coin resulting from this split has become more popular, going by the name Ethereum (ETH) only. Ethereum Classic (ETC), on the other hand, is the unchanged continuation of the chain.

The main goal of the Ethereum Classic initiative was to preserve the principle of “Code is Law”, i.e. to put code above all else.

This philosophy remained even after the major hacker attack that led to the theft of millions of Ethers.

During the hard fork debates, one of the arguments from ETC followers was that “bailing out” the victims of the hacker attack would be a betrayal of the concept of absolute “immutability” of the chain.

Although they originate from the same blockchain, Ethereum Classic and Ethereum are becoming increasingly distant.

See the origin of this split and the differences between the two networks.

What is Ethereum Classic (ETC)?

Ethereum Classic is a decentralized, open-source platform that runs smart contracts based on blockchain technology. Its native token is the ETC.

The network is the result of a hard fork of the original Ethereum project that resulted in the bifurcation into: Ethereum Classic (ETC), which remained with the original blockchain and Ethereum (ETH), the newer blockchain.

Ethereum Classic is a blockchain stemming from the original Ethereum, so its creators are the same developers of Ethereum, Vitalik Buterin and Gavin Wood.

However, since the network only came about because it did not reverse chain, there is no “official” team attached to the project, but rather a “global community of developers.”

Ethereum’s hard fork occurred in 2016, after a hacker found a flaw in the project’s code and stole $50 million in Ether, the network’s cryptocurrency.

The theft in question was on the project “The DAO” by German startup Slock.it.

The project raised over $150 million in crowdfunding, but hackers exploited a loophole in its smart contract, stealing $50 million in the process.

To fix the problem and restore the funds, most Ethereum users, including the founders, supported a radical change in the base protocol (hard fork).

When a hard fork occurs, the change is no longer backwards compatible and requires all users to upgrade to the latest version.

However, a part of the community remained opposed to the hard fork, choosing to defend the principle of “Code is Law.”

For them, blockchains cannot be changed and so they decided to remain on the old chain.

As with Ethereum, Ethereum Classic’s primary use is to execute smart contracts, in which users can own, transfer property, and interact with them, creating a variety of applications from finance to web applications.

Users pay transaction fees, as in Ethereum, and their tokens can be extracted through the Proof of Work (PoW) process.

Unlike Ethereum, Ethereum Classic will not receive the ETH 2.0 update and has no plans to convert to the proof-of-stake (PoS) mining algorithm.

Ethereum Classic’s native cryptocurrency is also called Ether, which can cause a lot of confusion. However, the difference lies in its action tokens.

While the new Ether is denoted as ETH, the Ethereum Classic crypto is listed as ETC .

In terms of functionality, the two are the same, each with its own function in its network.

When the split first happened, everyone who owned ether at the time received the same amount of ETC in their wallets for free.

However, while the two coins initially had the same future supply projections, differences emerged over time as each coin evolved.

Ethereum Classic has executed a series of updates to change its monetary policy to be deflationary, meaning that the number of tokens created decreases over time.

Because of the updates, Ethereum Classic’s supply is capped at 210.7 million and its block reward decreases by 20% every 5 million blocks, or roughly every two and a half years.

Is Ethereum Classic (ETC) worth it?

Before you choose to invest in Ethereum Classic (ETC) or Ethereum (ETH), you need to understand the differences between the two.

ETC was an outgrowth of the controversial forking of the original Ethereum network after disagreements over how best to rectify the hacker attack on a decentralized autonomous organization that used Ethereum’s protocol.

Even though Ethereum Classic offers the smart contracts as with the Ethereum network, it has not gained the same popularity as the new Ethereum.

One of the main reasons for this was the loss of trust in the network after a series of attacks.

Ethereum Classic did not get much support, not even from the original creators of the network, who at the time, opted for the hard fork.

On the other hand, Ethereum has become a powerhouse in the cryptocurrency universe and second only to Bitcoin in terms of market capitalization.

It is also the backbone of the flourishing Decentralized Finance (DeFi) sector and non-fungible tokens (NFTs).

However, there will always be the ETC vs ETH debate.

It wasn’t all bad for Ethereum Classic. After spending years “dormant,” ETC had a bullish run this year and remains a piece of history that shaped the current cryptocurrency markets.

Investing in cryptocurrencies is highly speculative, so it is recommended to invest only what you can afford to lose.

Here’s how to reduce the risk of investing in crypto assets and take the opportunity to diversify your portfolio with the best digital assets.