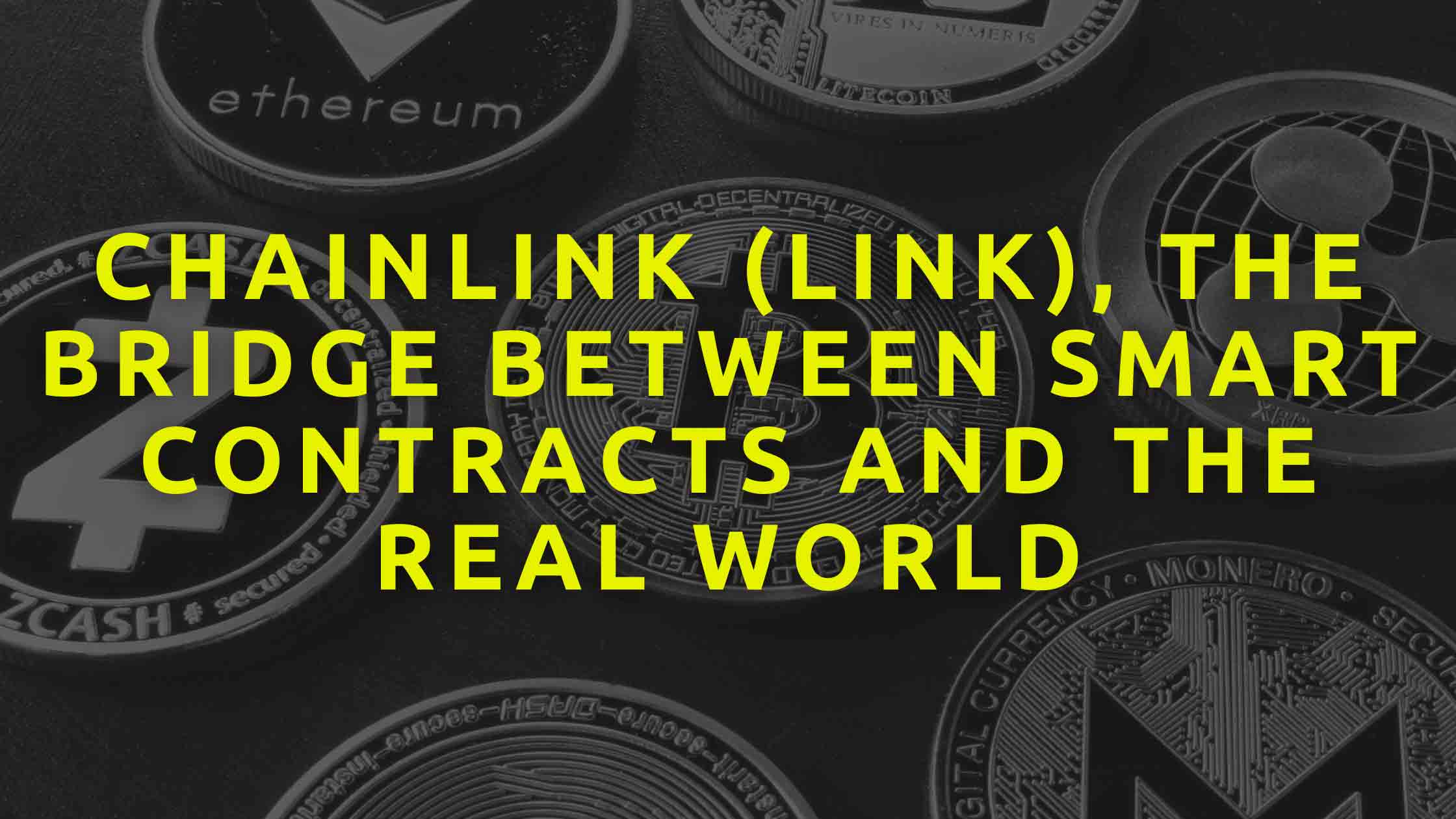 With a connection to the physical world, Chainlink can help the crypto market and traditional businesses.

Chainlink is a network created to be a bridge between smart contracts and external data sources.

As its name implies, it acts as a link between offline information and blockchains.

Because it has a connection to the physical world, its Chainlink platform allows various companies, such as financial institutions, to use its network to record their transactions.

Blockchain technology has seen an impressive increase in popularity, bringing a number of advantages such as decentralization and security.

However, it still has its limitations for it to expand further since they are isolated systems.

Chainlink’s solution is to create a link between these systems and the outside world to make smart contract technology more useful for real-world data and transactions.

Along with the platform, the Chainlink cryptocurrency (LINK) was created, with a market capitalization of over $12 billion.

Learn more about this platform, how it works, its token, solutions, and whether Chainlink (LINK) is worth investing in.

What is Chainlink (LINK)

Chainlink is a decentralized network that connects smart contracts to real-world information (off-chain).

Smart contracts are pre-specified agreements in the blockchain that are executed automatically when certain conditions are met.

The LINK token is the network’s native cryptocurrency used as the currency in exchange for validations of information added by users.

Chainlink was developed by Sergey Nazarov, with Steve Ellis as co-founder.

In 2017 its ICO (Initial Coin Offering) was held which raised $32 million for the project to continue its development.

Chainlink gained more notoriety when big players in the market started using its technology, such as giants Google (GOGL34), WEB3 Foundation and Swift.

Chainlink is a platform that aims to create a bridge between blockchains and the real world, since smart contracts cannot access offline data on their own.

Participants in the Chainlink network are incentivized through token rewards to provide external data to smart contracts.

This added data and information is processed and turned into contracts by nodes (network operators) that validate the transactions.

The people who operate the nodes act as oracles, as Chainlink itself calls them.

To do this work, they put their own money to the test, in a process called Proof of Stake (PoS).

In Chainlink’s case, the network’s oracles deposit their LINK coins as a way of making sure that the information they are sending in and out is correct.

In parallel, the network uses a system that will evaluate the reputation of this data, also ensuring that there has been no manipulation on the part of the oracles, who provide the information.

At the end of this validation process, if the information and data are indeed correct, your tokens are unlocked and you are rewarded with more LINK tokens.

LINK tokens are Chainlink’s native tokens designed to help fund the growth of the project.

They act as an incentive for users who include data and validate transactions.

They are not mined. To extract them you need to go through the proof of stake validation process.

LINK tokens are also found for trading on the major cryptocurrency exchanges.

How to buy Chainlink (LINK)

The first and most reliable way to buy Chainlink (LINK) tokens is through a cryptocurrency exchange.

In this option, the broker does the whole process of intermediating the transactions between the parties involved.

The second is through the extraction of tokens by the Proof of Stake protocol.

Is Chainlink (LINK) worth it?

The Chainlink network adds value to many applications and plays a key role in the infrastructure part of the DeFi (decentralized finance) market.

By connecting blockhains to the offline world, it can help in increasing the usefulness of this technology, since 80% of smart contracts require data that is not present in blockchain.

Its partnerships with companies such as AWS, Amazon’s cloud service (AMZO34), AccuWeather, a company linked to weather data, Google, Intel, and the Web3 Foundation, contributes to its expansion into the off-chain world.

After all its improvements, many believe ChainLink to be the next stage of the blockchain revolution.

Still, the price of LINK remains very volatile, despite its huge gains since the early 2020s.

Therefore, investment in LINK should be seen more as a way to offer support for the technology.

Be aware that its high degree of volatility may be too risky for most investors.

Take the investor profile test and find out the best types of investments for your profile.

If you decide to invest, allocate only a small percentage to digital assets as a form of diversification.