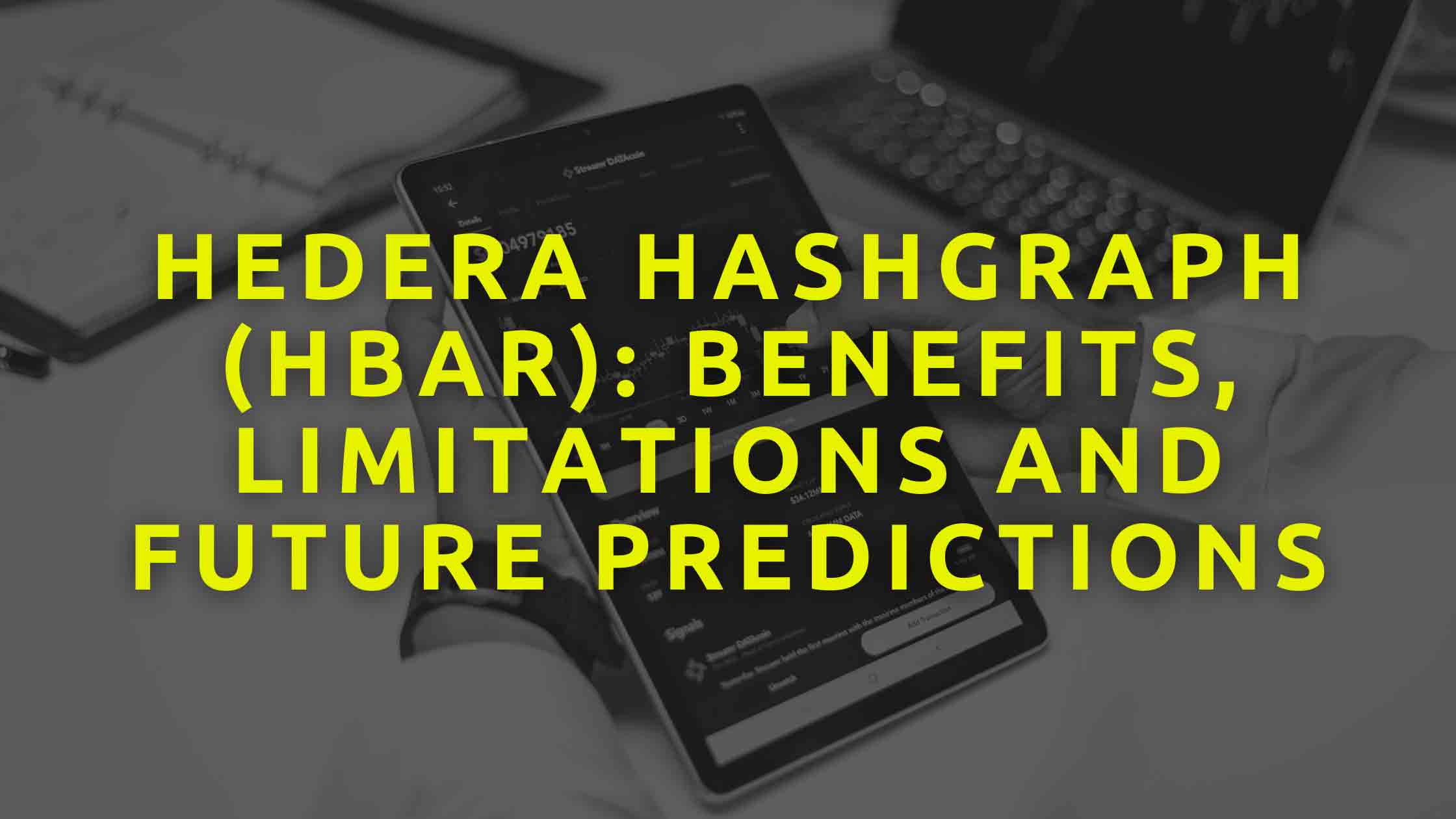 With the increase in interest, and consequent investments, over time cryptocurrencies have seen not only their value grow, but also the number of currencies actually available. If at the beginning, in fact, everything revolved around Bitcoin, today there are several cryptocurrencies towards which you can decide to direct your capital. HBAR is one of the newest, but unlike its competitors, it is making a lot of buzz thanks to its departure from blockchain ttechnology. In the following paragraphs of this article, we will discover everything about Hedera Hashgraph and its cryptocurrency HBR, trying to understand how it differs from competitors such as Bitcoin.

What is Hedera Hashgraph and What are its Origins

The name Hedera Hashgraph corresponds to that of a company founded in July 2017 by Leemon Baird. The genesis of the company is closely linked to Hashgraph (from which it takes its name) an alternative technology to the classic blockchain used by other cryptocurrencies, which Baird described as its natural evolution. Very important to note is that Hashgraph is, as things stand, a patented technology. This means that only Baird’s company has the possibility to use it and, consequently, the only cryptocurrency that exploits it is HBAR.

How it Works: All the News

The main novelty brought by Hashgraph within cryptocurrencies is given by the new production paradigm no longer linked to the blockchain. In order to simplify the discussion, the system uses a protocol that can be defined as “gossip to gossip”, within which users (who act as nodes in the network) spread information about the transactions performed, which are thus inserted in a time sequence without the need to be organized into blocks. Each of these messages contains a digital signature, information about date and time of the described transaction and, finally, a cryptographic key. The discourse is technically very complex but, for the purposes of this article, it is sufficient to know that the purpose of the algorithm used by Hashgraph is to achieve greater speed, fairness, reduced costs and above all security.

The result of the work done by Baird’s company is HBAR, a new cryptocurrency that enters the market as the only one to use the Hashgraph algorithm. As for all cryptocurrencies, we are in front of a completely decentralized mechanism, but it is proposed to solve some of the major problems concerning the current system of creation of cryptocurrencies, first of all the pollution due to the continuous work of the mining machines.

Currently, HBAR’s offer has reached a quota that is around 50 billion and, according to Hedera’s forecasts, all tokens produced so far should be released within the next fifteen years. Currently, Hedera allows, through its website, to register to become part of its mainnet, that is the network within which HBAR tokens move. The system works through the use of a third party wallet and, on Hedera’s own site, it is possible to see which ones have so far joined the initiative and select one during registration.

Hashgraph and Blockchain: What are the Differences?

As we anticipated in the previous paragraphs, the big difference between HBAR and other cryptocurrencies lies in the consensus protocol. Or, in other words, the set of rules that govern the communication and transmission of data between electronic devices such as network nodes. The classic blockchain protocol uses the so-called Proof of Work (PoW) to generate new blocks within the chain and validate the information. In contrast, in Hashgraph, the Gossip protocol is used to disseminate the information of transactions made between nodes interconnected to the network. The latter does not need to perform complex computational calculations. This makes it not require the consumption of a large amount of energy and, therefore, allows it to make its process much cheaper and faster.

In an attempt to increase as much as possible the attention directed towards their cryptocurrency, Hedera has opened the door for strategic partnerships that can boost the network. All you need to do to propose a collaboration is to visit the appropriate section of the company website and fill out the dedicated form. Hedera envisions partnerships involving systems integrators, technology partners and enterprise applications. There is also the possibility to select the item “Other” within the form, to propose any other type of collaboration.

Is it worth buying HBAR? Forecast for the Future

Currently, the structure set up by Hedera is still in a settling phase. We know that, as things stand, the company has closed the public sale of the first tokens, managing to distribute 379 million of them, for a total value of 124 million dollars. We’ve already mentioned how the company counts on completing the distribution of HBAR within the next fifteen years, so it’s fair to expect expansions in availability not too far in the future.

The success of HBAR is closely linked to the effective use of its algorithm. Since Hashgraph is a proprietary technology, only Hedera can succeed in expanding its influence. It must be noted that this is a tough challenge, given the wide use of blockchain in the market and the considerable amount of cryptocurrencies that exist today. Certainly, it should be noted that, although it is always a decentralized currency, HBAR has the particularity of being in fact under the exclusive control of Hedera. This makes it, in fact, a more stable currency and less subject to violent surges in value, at least for the moment.