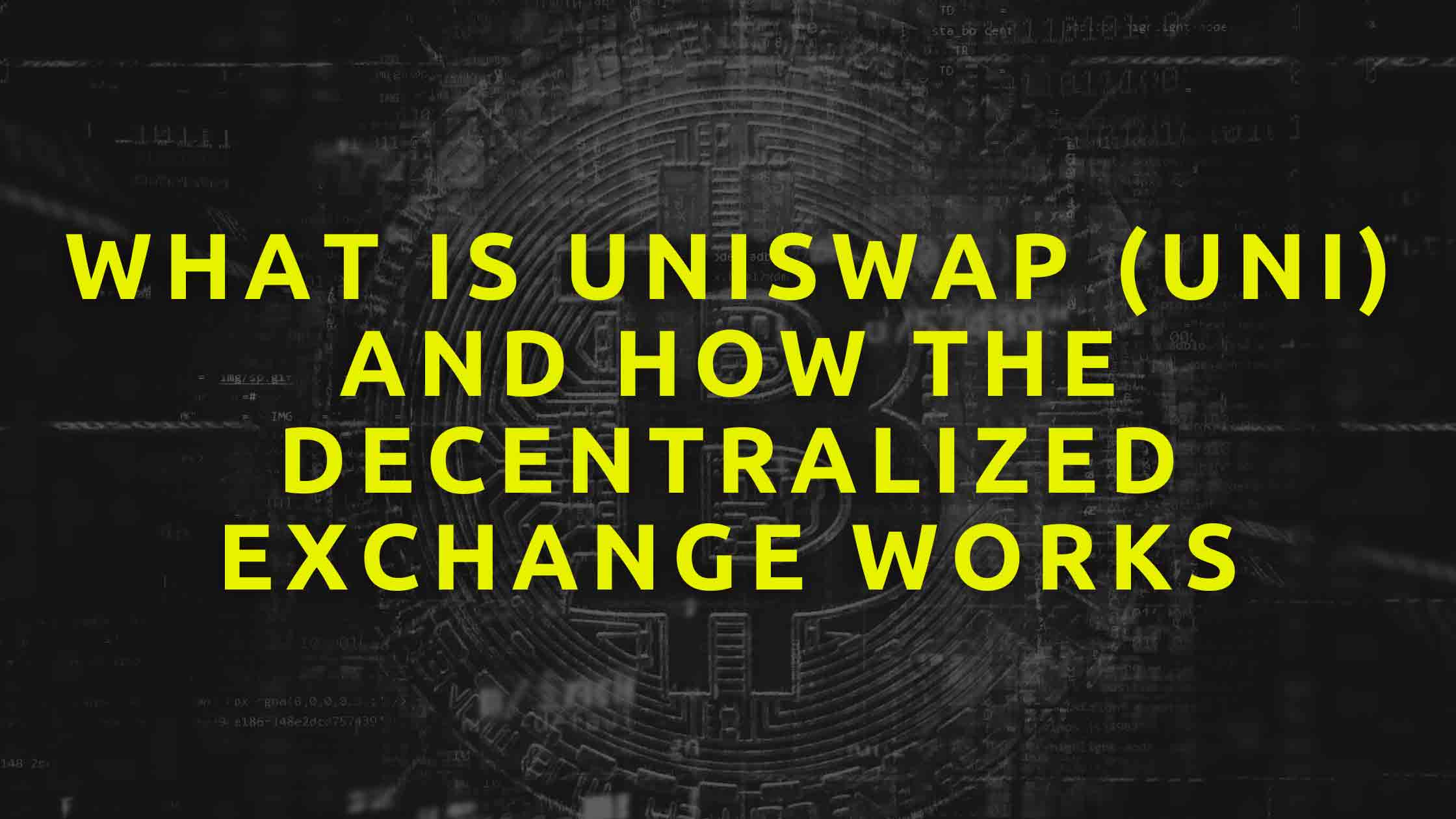 The Uniswap protocol allows token trading in an automated and decentralized manner.

Created in November 2018, its main utility is to enable fast exchanges between a global network of users, without any intermediary.

In this way, it allows the most diverse tokens to be bought and sold by anyone.

The operation of a DEX can still be complex for new investors, but Uniswap has been attracting more and more users, benefiting from the boom in the DeFi market.

In September 2020, Uniswap created its own governance token, UNI, adding profit and decision potential for its users.

Currently, the UNI token ranks among the top 20 in market capitalization.

Read on to learn more about Uniswap and whether UNI is worth investing in.

UniSwap is a decentralized exchange (DEX) used for exchanging cryptocurrencies between users.

Built on the Ethereum (ETH) blockchain, it allows the trading of ERC-20 standard tokens in a non-custodial manner, i.e. without intermediaries.

UniSwap is also the name of the company that initially built the Uniswap protocol, founded in November 2018 by engineer Hayden Adam.

Currently, UniSwap is one of the leading representatives of decentralized finance (DeFi).

Its native token is UNI.

Who is the founder of Uniswap?

The decentralized exchange Uniswap was created by engineer Hayden Adams, who in July 2017 had just been laid off from his first job after graduating.

Talking to a friend, he decided to study programming to work on the Ethereum network.

To start applying and expanding his knowledge, he decided to start his own project. By the end of that year he already had the first version of his smart contract.

While studying the user experience on the decentralized exchanges that already existed, he realized that the processes were still very confusing and unintuitive and decided to improve them.

Hayden finally met Vitalik Buterin and introduced him to Uniswap.

The creator of the Ethereum network even suggested improvements by suggesting that he apply for a grant from the Ethereum Foundation, which acts as an incubator for new ideas for the network.

The official launch of the project took place in November 2018, with about $30,000 in funding.

What is decentralized exchange (DEX)?

Unlike centralized exchanges such as Binance and Coinbase, for example, DEX is “self-governed,” meaning it does not have a third party to manage users’ assets, order book, or custody.

It is the users themselves who provide the liquidity for transactions to occur.

In this way, users buy and sell directly among themselves, without a brokerage house behind to verify transactions and match investors.

Trading takes place by executing smart contracts (smart contracts) without the need for a login and password. At DEX users only need a digital wallet to connect to the system.

At UniSwap, trades are organized via the Automated Market Maker (AMM).

The AMM protocol is a way for decentralized exchanges to conduct trades without matching the buying investors.

In this way, everything happens automatically. The investors are the market makers themselves, providing liquidity for the transactions to take place through so-called liquidity pools.

The automated market maker also uses mathematical formulas to set asset prices taking into account the amount of cryptocurrencies deposited in the pools.

Trading on Uniswap uses the formula x * y = k, where x represents the amount of a token in a liquidity pool, y is the amount of another asset, and k is a fixed constant.

The value of both assets in Uniswap AMMs is 50:50. When one token in the AMM pair appreciates or depreciates, the other token will be bought or sold to make up the difference.

In addition, Uniswap’s protocol has also started using an oracle, which serves as a bridge between the blockchain network and the outside world so that asset prices in its liquidity pools are ever closer to the broader markets.

Instead of maintaining a central asset portfolio where buyers and sellers can place orders, Uniswap uses a collection of liquidity pools.

The liquidity pools function as a large crypto-active fund fed by investors who deposit currency pairs.

In return, these investors, called liquidity providers, receive some reward.

In the case of Uniswap, investors receive the UNI token around 0.3% of the deposited amount.

Advantages and disadvantages of the Uniswap platform

The Uniswap protocol is completely open source, this means that anyone can do their decentralized trading.

For this, the only thing required is to have a wallet address and link it to Uniswap.

Since there is no middleman, there is no need to pay fees. In addition, verification processes are eliminated.

On the other hand, the lack of an intermediary and KYC criteria can pose greater risks of theft and cyber attacks.

The Uniswap platform has its own cryptocurrency, called UNI, which plays a key role in the network.

As of January 2022, it was the 20th cryptocurrency, with a market value of $9.4 billion, according to CoinMarketCap.

UNI was created in September 2020 as an incentive for people to stay on the Uniswap platform rather than migrate to SushiSwap, a fork of Uniswap that gave rise to a new decentralized exchange (DEX).

One billion UNI tokens were created and distributed 150 million among the platform’s users.

After that, UNI became available only to those involved in maintaining Uniswap liquidity pools.

Currently, there is a secondary market for UNI tokens.

All UNI token holders are entitled to vote on any of the proposed improvements to the protocol that emerge from the community.

Above a certain amount, the investor also gains the right to propose changes to the protocol, which are then submitted to the community for a vote.

Since its launch, the main movements in the token’s price have happened since January 2022. Until then, its price had varied between US$3 and US$6.

The UNI token had a significant appreciation, ending January 2022 at its first historical high, at $18.

Following the trend of cryptos experiencing a sudden significant appreciation, UNI retreated somewhat, returning to $15 for a brief period of time.

In the following months its price fluctuated greatly, staying in the range of $20 to $30.

Is Uniswaps (UNI) worth it?

The Uniswaps platform claims to have made the user experience more user-friendly and accessible to the general public.

However, due to some operational complications, this type of operation is only recommended for experienced users, as it involves several risks, from operational errors to security issues in smart contracts.

In this case, it is still worth resorting to centralized exchanges, such as Binance, which are better in terms of security.

On the other hand, experienced traders may find Uniswap attractive because of the access to newer and less liquid cryptocurrencies not available on traditional exchanges.

The UNI token, as Uniswap’s governance token, tends to reflect expectations of the exchange and can be traded on several cryptocurrency exchanges.

Because it is a relatively new token, it presents a higher than normal risk and as such is subject to high price volatility.

Make sure to exercise effective risk management and do your own research regarding the fundamentals of the BU.