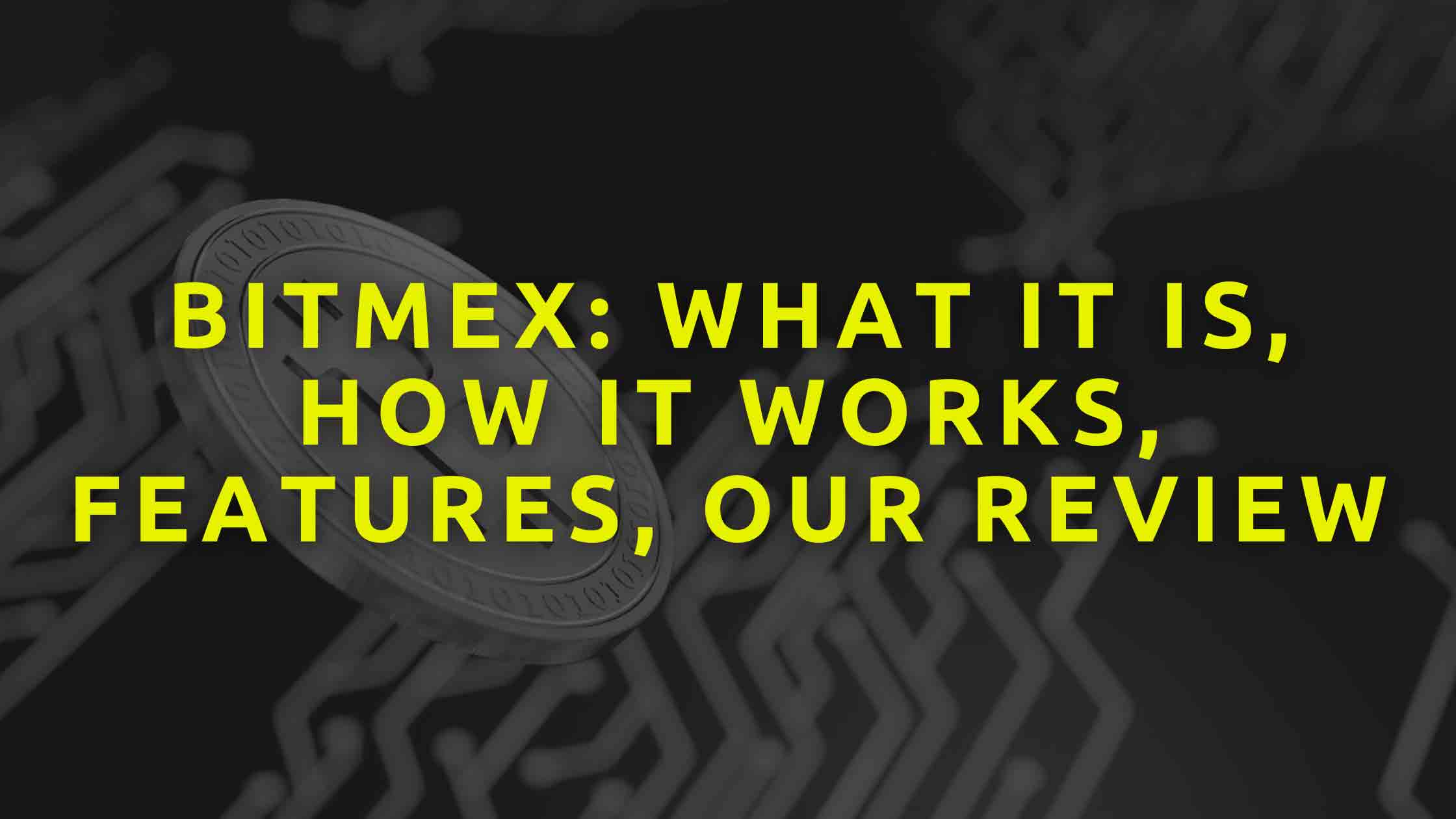 BitMEX is an acronym, whose full name is Bitcoin Mercantile Exchange. It is a cryptocurrency exchange platform whose main objective is to make it easier to sell and buy derivatives regarding cryptocurrencies. The platform has Arthur Hayes as its CEO. This software was first launched in 2014 and the company is headquartered in Seychelles, although there are now several centers that report to it, located all over the world. Let’s find out more about its features.

BitMEX is a platform that has its own particular functionality, with features that are sometimes different from other online cryptocurrency services. In particular, as far as registration is concerned, it must be done exclusively from the official page by filling in the text and entering your data. By finishing the compilation, an account will be created. At this point, the user can access the services offered by the platform, which allows you to operate with cryptographic tools and management exclusively in Bitcoin; therefore, it will not be possible to use real currencies. Regarding the management, the user can use the services of Bitmex both via desktop web and with an application that can be downloaded to any electronic device.

Which Cryptocurrencies Can Be Purchased

How to Buy and Sell Cryptocurrencies on BitMEX

The BitMEX platform offers the possibility to buy and sell cryptocurrencies through a particular type of contract called Futures, whose main feature is that it is a contract with a fixed term. It allows the purchase and sale of cryptocurrencies at a specific future date and with a price set at the time of the conclusion of the contract itself. You can also use the form of the so-called perpetual contract, which is not subject to any kind of expiration. Whether you want to use the futures or perpetual contract, you need to sell, buy and transfer cryptocurrencies, go to the official website and in the section “Trade”, click “place an order” and finally choose the type of contract, quantity and direction of the position.

How to Transfer Cryptocurrencies on BitMEX

You can perform various transactions on the Bitmex platform. In fact, where there are funds in the wallet, they can be transferred very easily and quickly by logging into your account and selecting the cryptocurrency that for this platform is exclusively Bitcoin, sending them on other platforms or in personal wallets, entering the address of the recipient. Finally you enter the amount to be transferred.

Withdrawing funds on the BitMEX platform is very easy. You need to enter your account, search for the cryptocurrency you want and then click on the Withdraw window. Moreover, the platform does not charge you any commission fees on money withdrawals.

Instead in reference to the costs to be incurred on BitMEX, it must be said that there are only indirect costs that are associated with a withdrawal made according to the extent of the request in the network. Another type of cost that could be required to the user is instead related to the hypothesis of a transfer of own possessions in the portfolios owned by other subjects and substantially concerns a management expense of the same portfolio or as a deduction made for the above mentioned transaction. However, BitMEX does not apply any costs and commissions as far as the deposit is concerned.

BitMEX is now also the official sponsor of the Serie A team. The partnership with AC Milan has a multi-year duration and the well-known crypto platform is the first to become Official Sleeve Partner and Official Cryptocurrency Trading Partner of the Milanese team. In fact, BitMEX is featured on the sleeve of the official men’s and women’s team uniforms for all competitions, including the UEFA Champions League, as well as on the sleeve of AQM, the eSports team.

Advantages and Limitations: Our Opinions

Having illustrated the functioning and the main characteristics of the BitMEX platform, it is necessary to specify in conclusion what are the objective advantages of the platform and, on the other hand, the disadvantages compared to the other platforms present in the financial market.

The advantages of the platform are first of all linked to a higher security offered to the user. In fact, in addition to the identity verification that, in truth, is an aspect common to several platforms, and that allows a first form of initial security, Bitmex as a platform offers something more than other platforms. In particular, it does not use the so-called hot wallet in which the functioning of activities concerning cryptocurrencies is exclusively linked to the internet network; instead it uses the so-called cold wallet, in which the functioning takes place without the connection to an internet network but requires the access of authenticated signatories to start any kind of transaction, often having to indicate a pin or a security code. This is undoubtedly a great advantage because there are many thefts that occur on the internet network.

Finally regarding the concrete disadvantages of the BitMEX platform, surely, in the first place it is to be found in the commission required since, according to the type of activity carried out by the user, it can be higher than other platforms. Another limitation is related to the fact that it is not given the possibility to use currencies other than Bitcoin, so all credits and withdrawals of your account can only take place in Bitcoin. In this case for example the Fiat currency which is in high demand today, cannot be used. Finally, it must be said that the platform is only accessible in English, there is no possibility to translate into Italian but has as an alternative only the Chinese and Russian languages. And again, the Bitmex platform is very complex because there are technicalities that make it accessible only to experts.