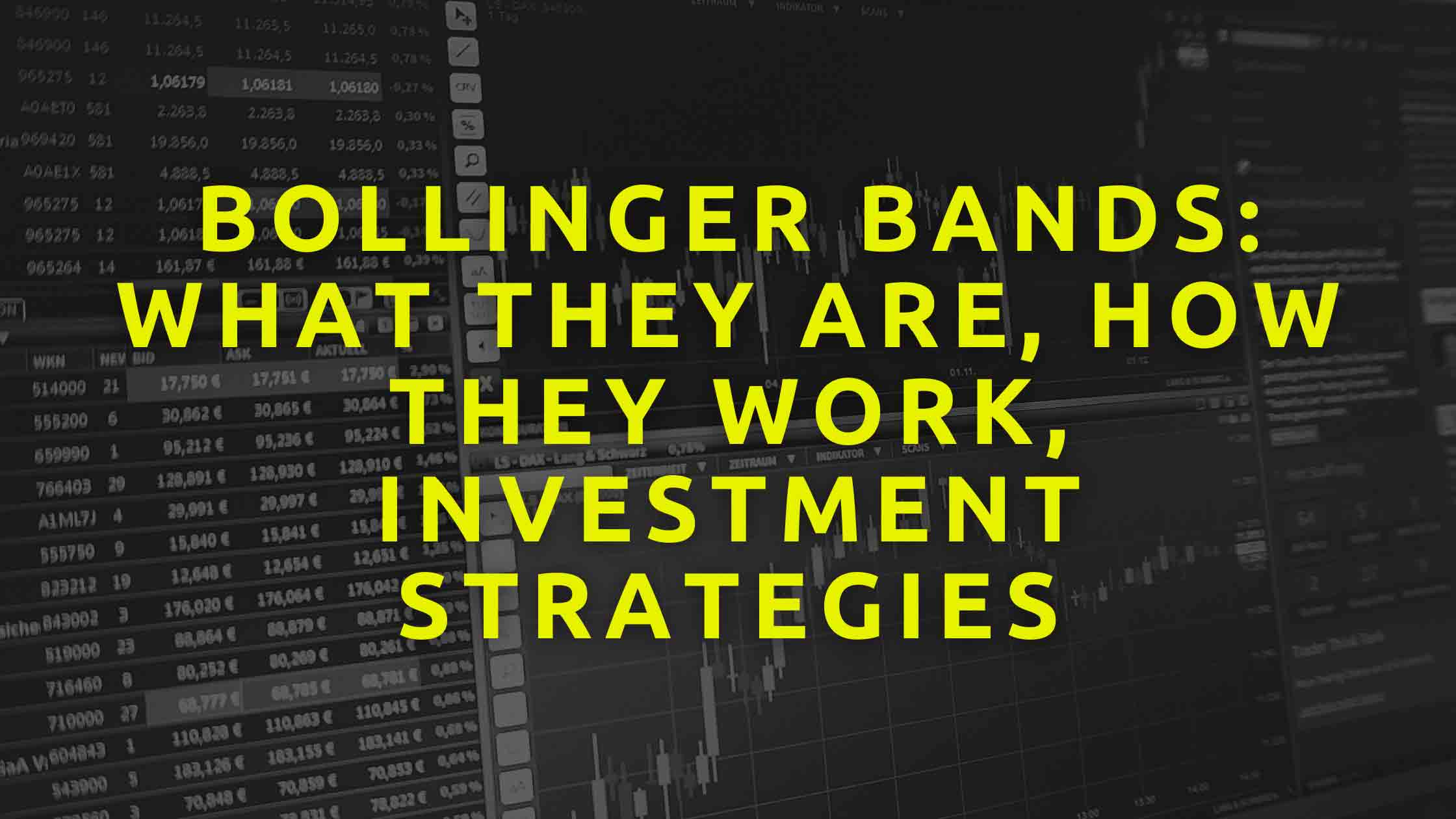 Bollinger Bands are complete and powerful technical analysis tools, designed to identify market highs and lows, to understand price movements and volatility variations in order to invest by constantly increasing the value of your capital.

Unlike traditional trend identification, technical analysis carried out with bands is a dynamic and active tool. Dynamic because they are built on the chart automatically through the activation of the appropriate indicator, active because the indicator adapts both to the chart level and to the market conditions.

In practice this tool offers traders a more accurate awareness of the markets, allowing them to identify and recognize with simplicity not only the highs and lows but also the level of price volatility and the long-term trend. Bollinger Bands were created to identify the best trading opportunities in the market and are recognized for their flexibility as they can be adapted to a large number of different markets.

Bollinger Bands are indicators created to detect buy or sell signals directly in the price chart. Basically, those investments that have a high risk-return ratio. The bands can be used by the trader to define both the underlying trend and the volatility. The trend is defined by the moving average which is a reference to the bands themselves. Volatility, on the other hand, is the condition of prices with respect to the upper and lower bands.

How they work and when to use them

The upper and lower bands form a price range that encloses the market movements with maximum and minimum values. Through their curvature it is possible to guess whether the price is going up or down, including the volatility of the asset. The measurement of the amplitude of the channel formed by the bands will determine a measure with respect to the volatility of the security. Such graphical representation facilitates enormously whoever is about to evaluate the amplitude of the variation of price in how much the feedback is visually immediate.

When there are increases in volatility the bands tend to give an adequate representation by widening, while when the volatility decreases the bands tighten giving a clear operational signal. The Bollinger Bands can be defined useful as supports and resistances if they are highlighted as areas where we can identify trend reversals.

The Formula to Calculate them

The standard deviation is the mean square deviation between the quotes and their average.

Bollinger Bands provide sell signals when the price chart exits from the upper band and then re-enters, as there is an indication of the conclusion of an overbought phase. The same speech is valid on the contrary in case the price exits from the inferior band and then re-enters it. The reversal signal of a trend in action is when one of the bands (the lower one in the case of a bullish trend) assumes the opposite direction to the trend itself; when this returns to the previous direction the movement in consideration is about to end.

Another data that can be detected by Bollinger Bands is the main trend of the market. We can identify a bullish trend in place on the market when the price remains within the corridor between the moving average band and the upper one, on the contrary we are faced with a downward trend when the price remains long between the moving average and the lower band.

The second indicator derived from bollinger bands is the BandWidth. This indicator is useful especially to identify The Squeeze, that is the situation in which the volatility has fallen to a level so minimal as to suggest an imminent increase. An important utility of the BW is the highlighting of strong directional movements, if these occur in situations of index crushing. A break of the trading range accompanied by a clear expansion of the bandwidth is often the signal of the beginning of a trend that will last.

The Limits of Bollinger Bands

Bollinger Bands make a relative definition of highs and lows, based on this definition you can relate price action to indicators to get precise buy or sell signals. The most suitable indicators for this task derive from momentum, volumes, sentiment, open interest and other intermarket data. Bands should therefore be used together with other indicators which do not have to be based on the same constructive rules.

Besides that, one reason to use other indicators to confirm Bollinger bands signals is that the rebound might take place in time and not necessarily in space. In that case, prices will tend to move into congestion after marginally re-entering the price range bounded by Bollinger bands.