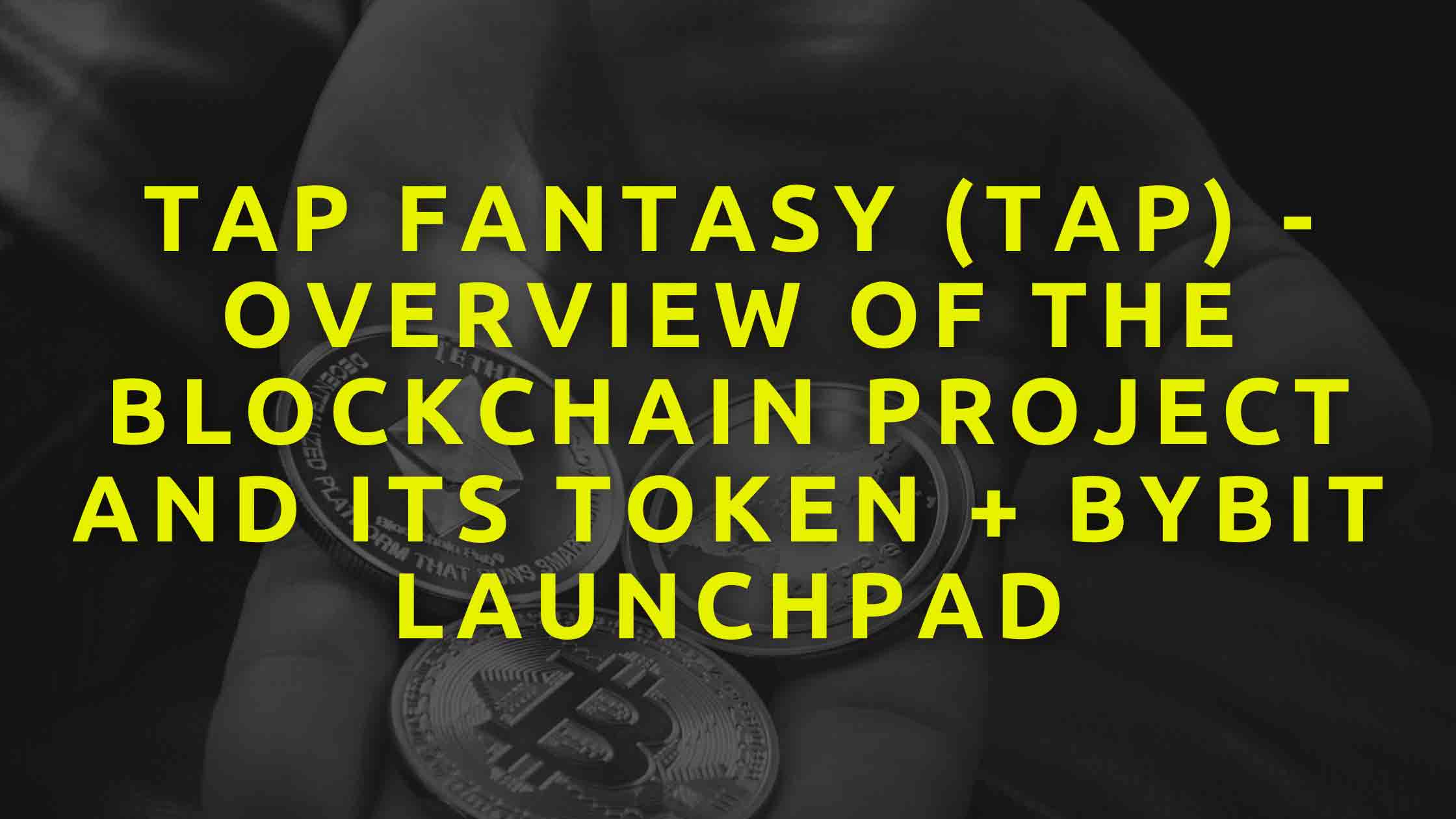 Tap Fantasy is a blockchain game in the MMORPG genre, developed in HTML5 (you can play directly from your browser or from a dApps-enabled wallet). Besides the usual features related to NFT and in-game rewards, it differs in that it allows anyone to develop maps and other content for the game, after which the creators can receive up to 50% of the commissions from their use.

TAP is the project’s main token, which serves to buy NFT objects as well as participate in DAO (decentralized autonomous organization) management. Tokens can be earned by defeating other players in the arena or by selling NFTs.

digiitallife.com editors have compiled an overview of the promising blockchain game and its functional token TAP.

Tap Fantasy originally appeared on the Facebook Instant Games platform and became very popular there. In less than six months, the audience had grown to 1.5 million people, and by the end of September 2021 that number had grown to 20 million. The project is a meta-universe with an integrated Play-to-Earn model and developer module.

The genre is MMORPG (multiplayer online role-playing game). Players can develop their characters and fight for rewards. Developers can create game modules without deep knowledge of code. Game designers can design skins, wallpapers, and architecture and sell them as NFT on the embedded marketplace.

Several varieties of tokens are used within the game, each of which has its own functions.

GOLD – Stablecoin based on USDT (can be exchanged into USDT at a ratio of 10:1). It is used by players to buy upgrades and to pay for daily expenses. For example, you can buy bait for fishing with GOLD and sell the caught fish later. Also, these coins are used to pay for content supplied by third-party developers.

Magic Crystal – a token used to improve/develop various NFT-objects, increasing their level. Crystals are used to reward users for in-game successes. Many other application scenarios are planned to be introduced.

Finally, a TAP token, which we will talk about in the next section.

Hurry up!🚀
It is the last chance to get #TAP tokens before lisitng!#Play2Earn #Metaverse #Bybit pic.twitter.com/S7RQhuq7FQ

The Tap Fantasy (TAP) token comes in the amount of 1 billion. It serves as a DAO control token. Players can also use it to purchase skins, Magic Crystal, and territories on the decentralized NFT marketplace. Tokens are awarded as rewards for arena victories. The number of rewards for each season is fixed. 50% is distributed in the weekly ranked rewards, with the remaining 50% distributed at the end of the season by ranking.

The initial sale of TAP will take place on the Bybit Launchpad platform. Tokensale metrics:

From February 17 3:00 (Moscow time) to February 22 2:59 the exchange will record each user’s BIT balance. Snapshots are taken hourly. From 3:30 to 13:59 on February 22 will be subscription. The average daily balance, calculated by the system over 5 days of preparation, will determine how much BIT the client will be able to allocate for the purchase of TAP. The fixed amount of BIT at subscription is locked in until the allocation is complete. From 2:00 p.m. to 2:59 p.m. on February 22, the final allocation takes place.

BITs will be deducted from the locked amount, and TAP and the remaining amount of BIT will be credited to the user’s spot account.

Where to Buy and Store TAP

The TAP/USDT spot pair will be added to Bybit at 3:00 p.m. (Moscow time) on February 22, 2022, subject to availability of the right liquidity. As a BEP-20 token, the asset can also be traded on relevant decentralized exchanges.

The Tap Fantasy meta-universe is known not only in blockchain-enthusiasts’ circles, but outside of them as well. NFTs for the game are traded on the Binance NFT platform and other marketplaces – many different characters and skins for them are already available for purchase. Prices range from quite affordable to $500 and up. The game does not require a separate download and installation and has quite an interesting gameplay. TAP tokens play an important role in the economy of the ecosystem and allow owners to participate in the management of the project on the principle of DAO.