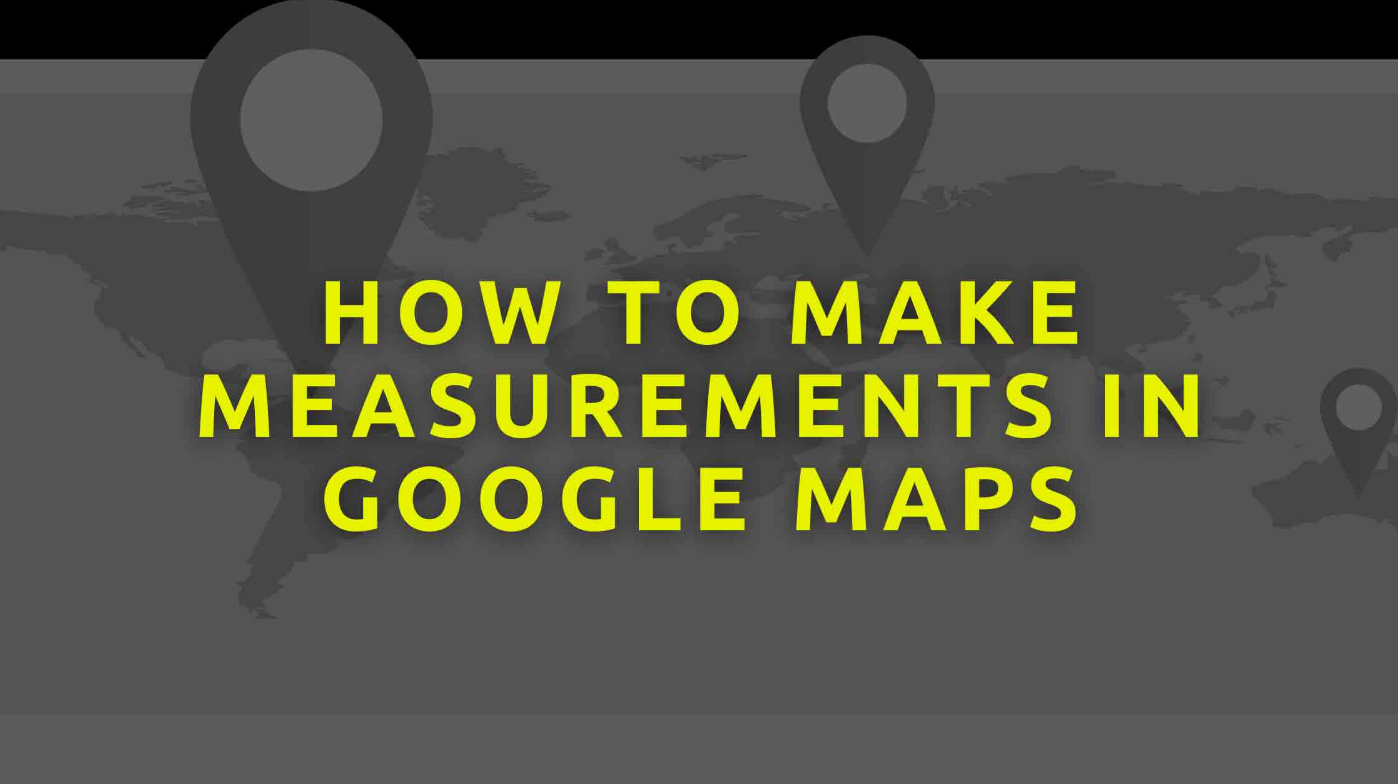 If you want to know distances or areas in some specific place, learning how to make measurements in Google Maps can be very useful for you.

Google Maps is a very useful tool to use as a GPS navigator. But another option that can also be very comfortable is to learn how to make measurements in Google Maps so that we know how much there is from one place to another.

And is that Google Maps allows you to make measurements of areas, distances by car, and walking distances. And with these tools, you can not only know how long it will take you to get somewhere but also the distance between two points.

If you search for a point on the map and then click the How to get there a button you can add another point from which you want to know the distance. Although we usually use that function to learn the way to a new place, you will also be able to see the distance between the two points. So, that’s the simplest way to make measurements in Google Maps. But there are other more advanced options that can be very useful.

How to measure distances in Google maps How to measure an area in Google maps

If what you need is to know how to measure an area in Google Maps, the process is very similar to the previous section. You can not only measure the distance between two points, but you can add as many points as you want. If what you need is to measure an area, what you have to do is to add points around the space you want to measure. And you must keep in mind that the first point and the last one must coincide, leaving a completely closed space.

Once we have that closed space marked on the map, we can see how at the bottom not only appears the distance that can be measured on the perimeter, but also the area that remains in the marked space.

How to measure walking distances in Google maps

Most users use Google Maps to calculate how long it would take to get somewhere by car. But if you usually move on foot it can also be useful to learn how to measure walking distances on Google Maps. To do this you simply have to use the search engine to find the place you want to get to on your walk or hike.

Then, click on the How to get there button and add the place from where you are going to start. Once you have it, you will see three options appear: by car, by public transport and walking. By selecting this last option you will be able to know the walking distance.

The walking distance does not always coincide with the distance by car, since on numerous occasions some paths can be done on foot that cannot be done by car and vice versa. Therefore, one option is not comparable with the other.