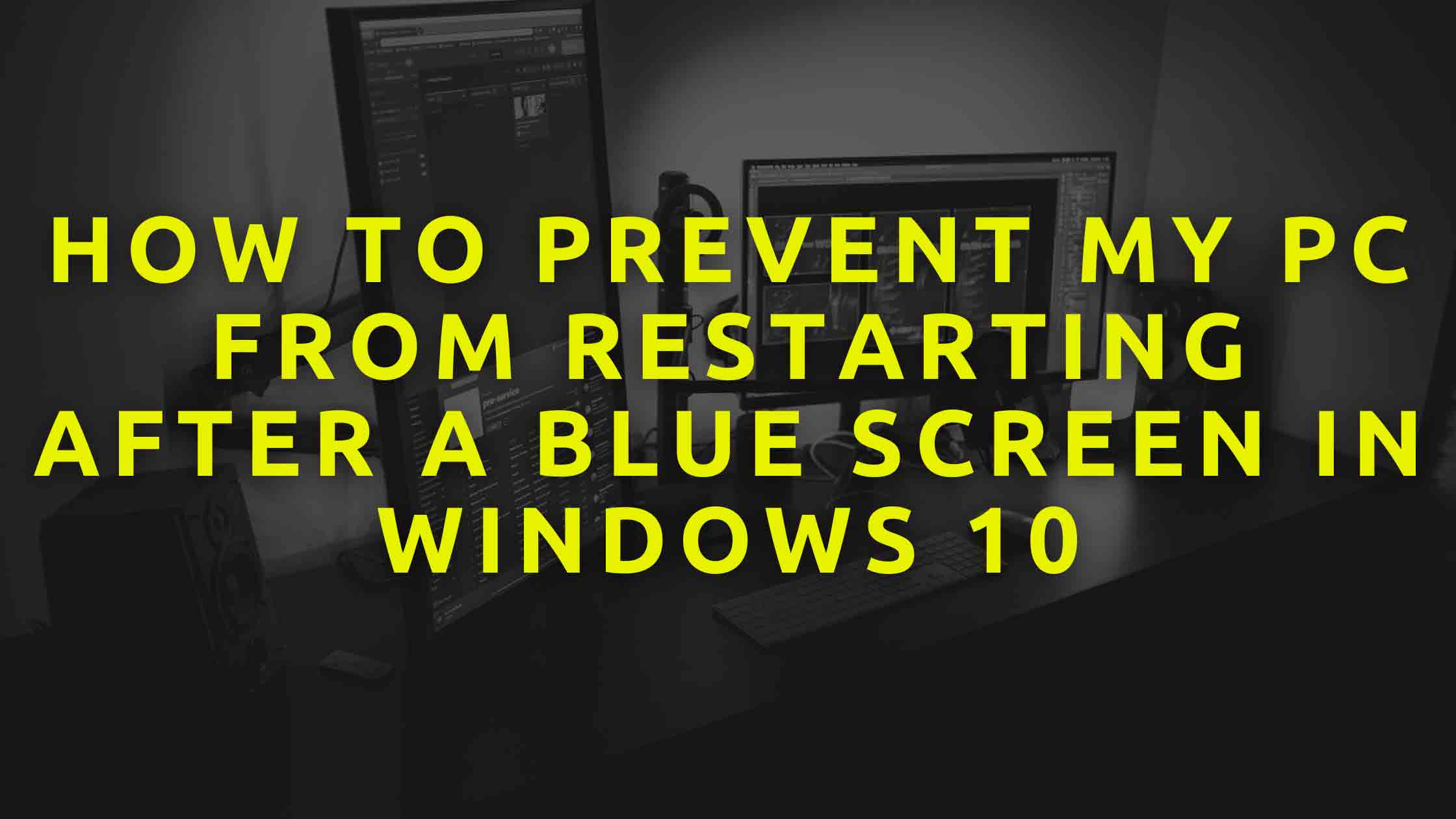 If you have a Windows 10 computer, and you suffer the BSOD error or blue screen, this will cause it to reboot.  Here we will explain why it happens and how to avoid rebooting your PC.

What is the BSOD or Windows blue screen and why does it occur?

The blue screen occurs when there is an error in the system, and Windows itself is not able to recover. In short, it is a security measure that prevents the error from causing more serious damage to another part of the system. At first glance it is difficult to detect what has caused the BSOD, since there are several reasons for it:

A hardware failure may be the reason for this problem, as these can deteriorate over time and begin to fail, it may be in the RAM, CPU or even the hard drive.

High temperature of the computer and the environment

If you use a computer for a long time with programs that consume a lot of RAM memory, it tends to overheat, and if you add to this that the temperature of the environment is hot, it can be the origin of this error.

Short circuit in the USB port

It can happen that a peripheral is in bad condition, either the mouse, or any other, is causing short circuit, and reaches the computer through the USB port. Then Windows to protect the device from damage shuts down.

A bad update of the operating system, it is very common that is the cause of many problems and among them the blue screen.

As a last option. The blue screen also can be originated by a virus, which is in our PC, even a damaged antivirus program can be the cause of the BSOD.

How to configure the automatic restart of Windows before the blue screen occurs?

Windows by default, when a blue screen occurs, is configured to save the memory and restart automatically, but if you want to know the cause of the error this can be a disadvantage.

If you want you can configure so that Windows restarts or not automatically, you can even choose which memory you want it to save. For it in the search bar, you must write, see advanced system configuration. Then open the window with the properties.

How to know if the error is caused by hardware or software?

If you want to know if the blue screen error is caused by hardware or software, here’s what to do:

The first way to find out where the bug is is by booting Windows 10 with Safe Mode. If you start this way only the fundamental Windows drivers will be loaded, which should work, in case it fails it means that the problem is in the hardware.

If you are still not sure, then you can load Ubuntu Live on the PC, this way you will be able to know if the problem is really in the hardware or in the software.

To analyze the BSOD error, one of the best programs is BlueScreenView. It makes a list of the memory dumps that have occurred in case of the critical BSOD error. You can select any of the list, and thus see in detail what happened. You can see which drivers were loaded and also which ones have stopped working.

What are the most common error codes and how to fix them?

After a blue screen, an error code usually appears and here are the most common ones and their meaning.

It usually appears when there is incompatibility with some hardware, it is closely related to a graphics card with the sound or even the printer.

Microsoft has not described the reason for this failure; however, it points to a hardware error, although it is not known exactly what causes it. Try freeing up hard disk space and optimizing RAM.

This error is very similar to the previous ones and occurs when there is a system BIOS incompatibility. It is advisable to observe their configurations and updates.

This code usually appears when there are problems with the PC’s memory or your computer’s antivirus software.

This code is a graphics or video card driver error. If you run a game and there is a bad driver it will result in the blue screen. You can fix it with Acer eRecovery Management which is located on the PC itself.

How can you prevent the BSOD error and not lose important data?

To prevent the BSOD error, we will tell you what you can do to prevent it from happening so you don’t lose important data. Take a look at some key concepts, such as creating backups, an updated Windows version and so on.

Always create a copy of your computer, since this way you can restore it when you lose important information.

Keep your Windows version up to date

Always make sure that your Windows operating system is up to date, in its latest version to avoid these types of problems.

Use an updated antivirus

Another measure that will help you to avoid a blue screen or BSOD, is that you always try to have the antivirus updated and preferably in its last version.

Clean and tidy your PC

If you have many files that you do not use, try to delete them, so that your computer is clean all the time and so you do not accumulate too much memory and damage the system.