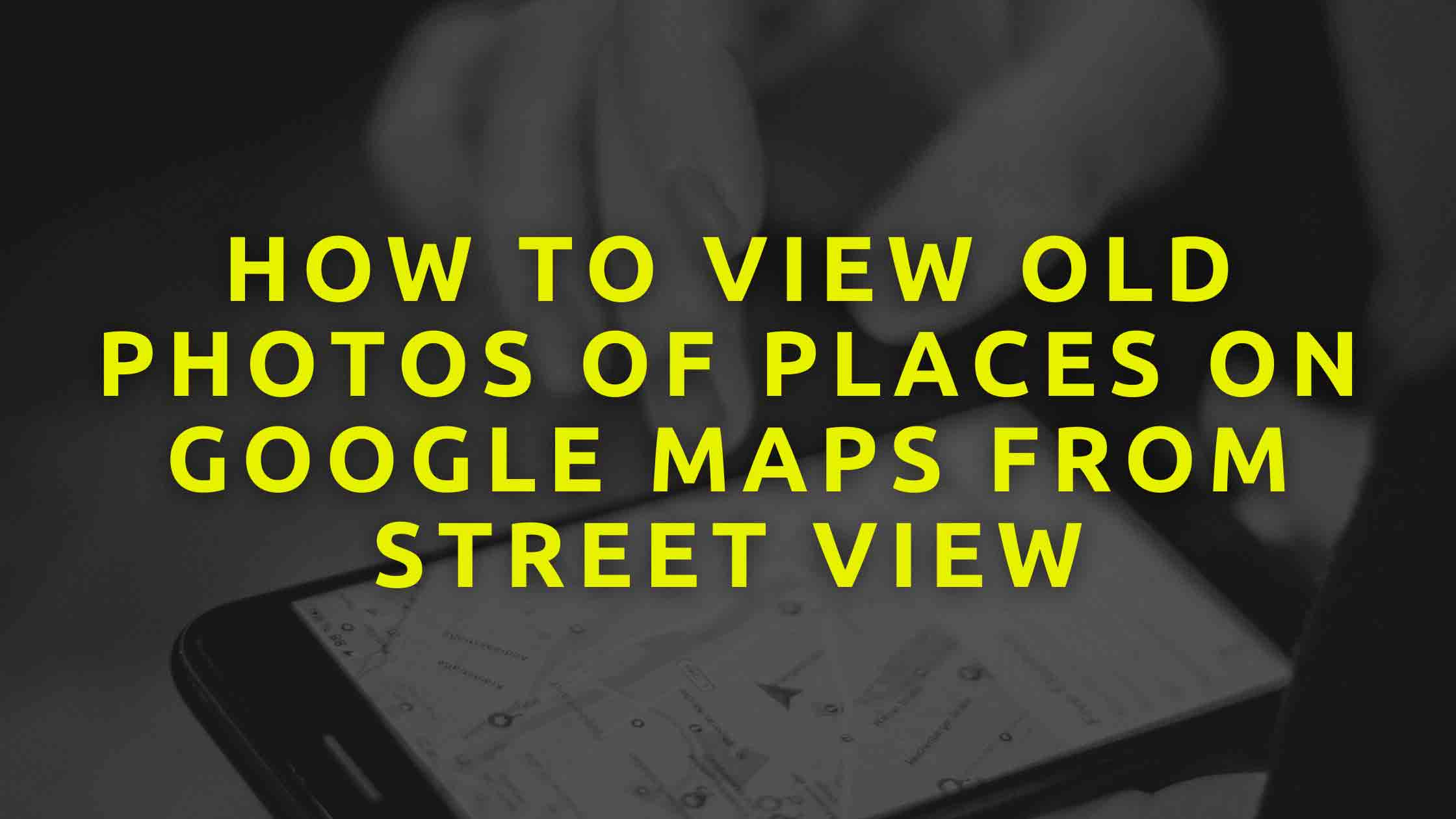 Google Maps is celebrating and continues to add features that make it one of the most complete Google applications. Now it will provide us with how to view old photos of places on Google Maps from Street View. Possibly we will not be able to see when a place “was all countryside”, but surely we will see the most recent changes that reflect the constant transformation to which major cities are subjected, the same that face applications like this one.

This new feature will be added to our phones in future updates to mark the 15th anniversary of Google Maps, which has been celebrated this week. Users of Android and iOS devices will be able to see in Street View how a particular location was in the past, allowing us to see the change that can occur in a short space of time after major works, as has recently happened with the Gran Via in Madrid.

The new Google Maps feature on cell phones will be called Historical Street View and will take advantage of the historical archive of 360-degree photographs that Google cars have been taking of the streets to give us an idea of the evolution of the recent past. It is still in the adoption phase in the updates that are arriving, so if you still do not find it on your device, it will be a matter of time, until you see a button that says ‘See more dates’ that will show images of that same location older.

In fact, this Google Maps feature was already accessible from the desktop version (clicking on the clock at the top right of the screen we will see the historical images), but for the first time it will be incorporated into the mobile application.

Although Google will include the images collected since 2007 to show these changes, not all areas of a city will be available, so it is likely that you can only enjoy this feature in the hotspots of major Spanish and European cities. Those living in smaller towns will probably have to make do without the old images of their locations.

Google is introducing more and more improvements to its applications, and in this year, which celebrates the 15th anniversary of its GPS and navigation application, there will be other new Google Maps features to come. With Street View Studio, for example, users will be able to upload their own 360º images, as if they were the Google car. Before publishing these images, they can be previewed so that the user can check that they are to their liking.

It is also in the plans that the expansion of Google Maps reaches more places than it has done so far. The Palo Alto-based company says it will use a new camera that will take up the same amount of space as a cat’s house, weighing less than seven kilos. This could allow Google Maps to expand its limits and gain access to narrow streets and places where it has not been able to sneak in because its dimensions are incompatible with those of its cars. Thousands of charming villages in Andalusia will surely be much more complete when Google starts using these new cameras easier to handle and move.

Another detail that shows that Google Maps is celebrating is that Pegman, the characteristic yellow doll that we drag where we want to activate the Street View mode, now has a hat and a balloon to celebrate the 15th birthday of the application. This funny feature is only available in the web version of Google Maps, and you can also change the car icon while navigating to choose the Street View car.