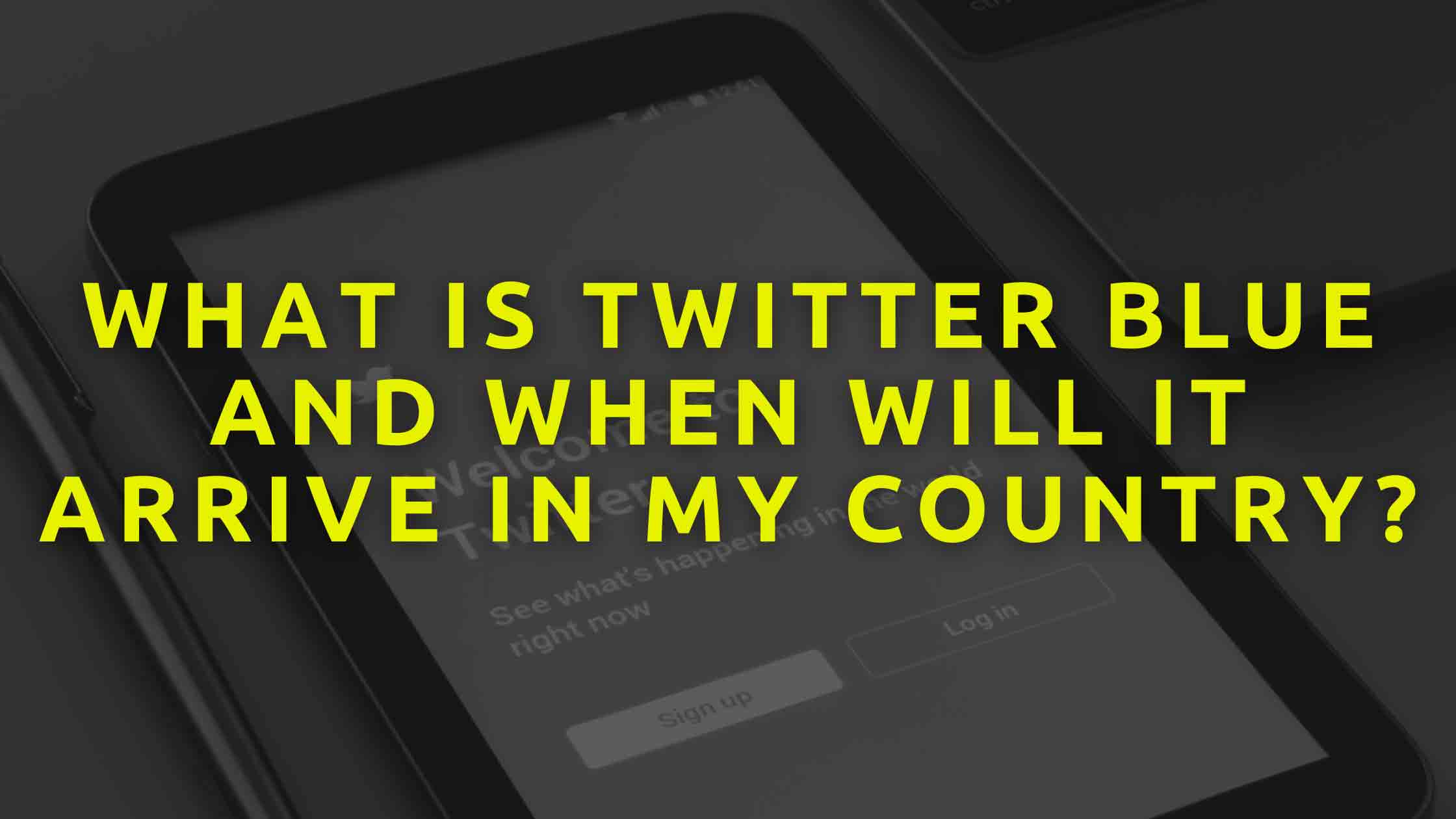 Twitter’s improvements and innovations continue to arrive in dribs and drabs, and this article will answer the question: what is Twitter Blue and when will it arrive in my country? The microblogging social network is constantly incorporating new functions, and Blue seems to be destined to be a revolution, at least for those users who use the platform professionally and not so much for leisure.

For the moment, Twitter Blue is not yet available in some countries. Only users in the US, Canada, Australia and New Zealand can purchase this new premium service on Google Play or the App Store.

There has been no confirmation yet from the social network about its arrival in Europe or other countries. Twitter Blue is still being tested and its creators have decided to launch it mainly in English-speaking countries for this first phase, although it is expected that sooner or later it will end up being available to all users worldwide.

The most important thing is to define what Twitter Blue is in order to start making clear what the user can expect from this new tool. Twitter incorporates under this name a paid monthly subscription that will help to make the user experience premium, incorporating new features that will give a lot of advantage to users who have it active.

Among the new advantages that Twitter users will find with Twitter Blue, a historical demand is added: the possibility of avoiding the publication of tweets with typos with the ‘Undo’ button (configurable only between five and 60 seconds), grouping all the tweets of a thread in a reader mode much more comfortable for reading and being able to enjoy articles free of ads. This last feature is only available in selected media in the U.S., so its usefulness is still limited.

With Twitter Blue, paid subscribers will also have more interface customization options with themes and a new icon, as well as the promise that they will be the first to test future innovations. For the time being, these are the main new features and advantages of Twitter’s premium service.

The attraction of the new features, some of which are highly desirable, leads many users to wonder how Twitter Blue works. Although it is only available in four countries, the subscription can be obtained with a VPN.

When you purchase Twitter Blue, you will only be able to use its new features on the account you subscribed with. Once subscribed, the Twitter Blue button will appear in the side menu of your profile, and there you can start customizing the appearance of your TL, organize your content by folders and undo your tweets if you detect that you have not written them correctly.  It’s not the long-awaited edit button, but that’s something. Another of the most annoying elements, the presence of ads in our TL, will not disappear either, which has generated some criticism.

Those who use Twitter for purely professional purposes may be interested in this service, valuing their subscription based on how much Twitter Blue costs. The social network itself indicates that the price varies depending on the region, but at the moment it is around three dollars a month (2.65 euros at the exchange rate). Of course, as there are no plans yet for its launch in Europe, this does not mean that this will be its final price when it is launched in the Old Continent, but it is to be expected that it will not vary too much.