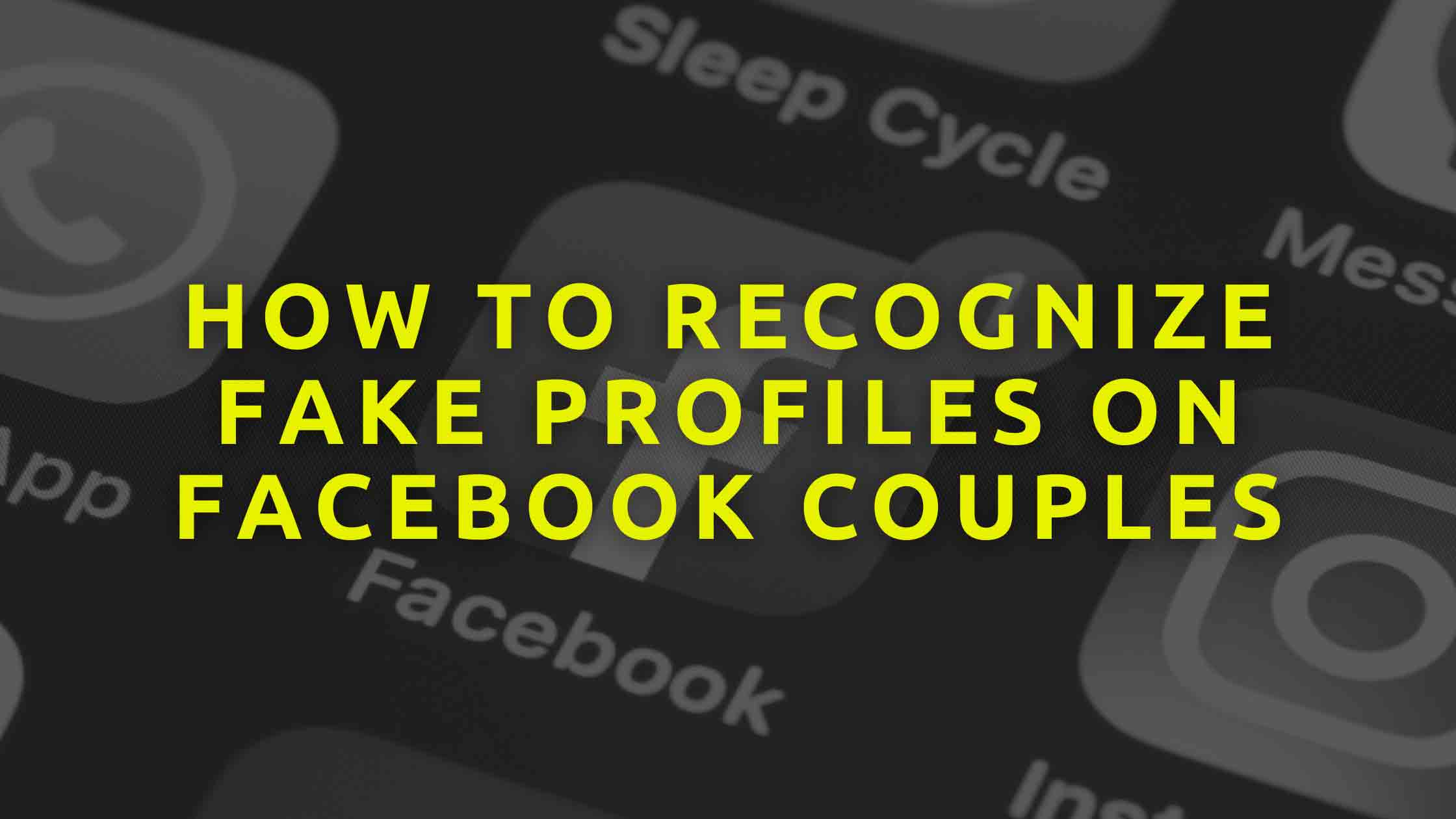 Discover some tips on how to recognize fake profiles on Facebook Couples to avoid unpleasantness.

One of the biggest concerns that often assail the user when using an application to flirt or meet people is to know how to recognize fake profiles on Facebook Couples, Tinder, Badoo or any other app like that. Often everything indicates that you have finally found the ideal partner with whom to have a good time and get to know each other, but the fear that everything has been a castle in the clouds is latent.

Like any platform of this type, Facebook Couples is not 100% a scam, but there are always people willing to take advantage of users who want to use the app legitimately, so it is important to detect some signs that allow us to elucidate whether we are facing a fake account or really the person on the other side of the screen is who he claims to be.

One of the first clues to detect this type of profiles is the number of photos they have in their profiles. If they only have a few photos and nothing else (no news, no reflections, no reference to their work), it is likely that you are dealing with a fake profile.

However, the clearest sign that we are dealing with what is known in the English-speaking world as a catfish and in the Hispanic world simply as a fake is their reaction to a simple request. If such user is constantly giving a long time to the possibility of making a video call or a voice call through Facebook, the result is clear and it is not because he is a shy person, it is because he is probably not even the one who appears in the photos of his profiles.

Another clear symptom of a fake profile is seen when they are reluctant to meet in person. Facebook Couples is an offshoot of Facebook dedicated exclusively to meeting people with romantic or fun-loving intentions, so you’ll have more than enough reason to be suspicious if they show more resistance than usual (even for a shy or introverted person).

The behavior of these fake profiles is also usually easily identifiable, as they write in an intense and sustained way over time. The usual thing in this type of applications is to write during the day as they find free time at work or in their daily chores, so it is a sign (not 100% infallible, it must be said), that we are facing a potential fraud.

Other users have also been concerned about the number of automated accounts in this section of the application, wanting to find out how to discover bots in Facebook Matches quickly and efficiently. Usually, bots are fake profiles trying to get some benefit from you, so it is likely that sooner rather than later they will provide you with some link to take you to some platform. Be very careful with these phishing or scam attempts, as they can compromise your computer and infect it with a virus.

Beyond the obvious reaction to a bot that quickly passes you a link, pay close attention to the small details. On Reddit there are quite a few users who have detected a pattern whereby in US and Canadian locations many profiles of Chinese women appear, with very attractive high-resolution photographs, and curiously all interested in the world of cryptocurrencies. If they are not bots, they look pretty similar.

Another method that works to detect bots on Facebook Couples is the language advantage, as most are configured in English. If we come across a person interested in us who only speaks to us in English even though he is in our location, plain and simple: bot.