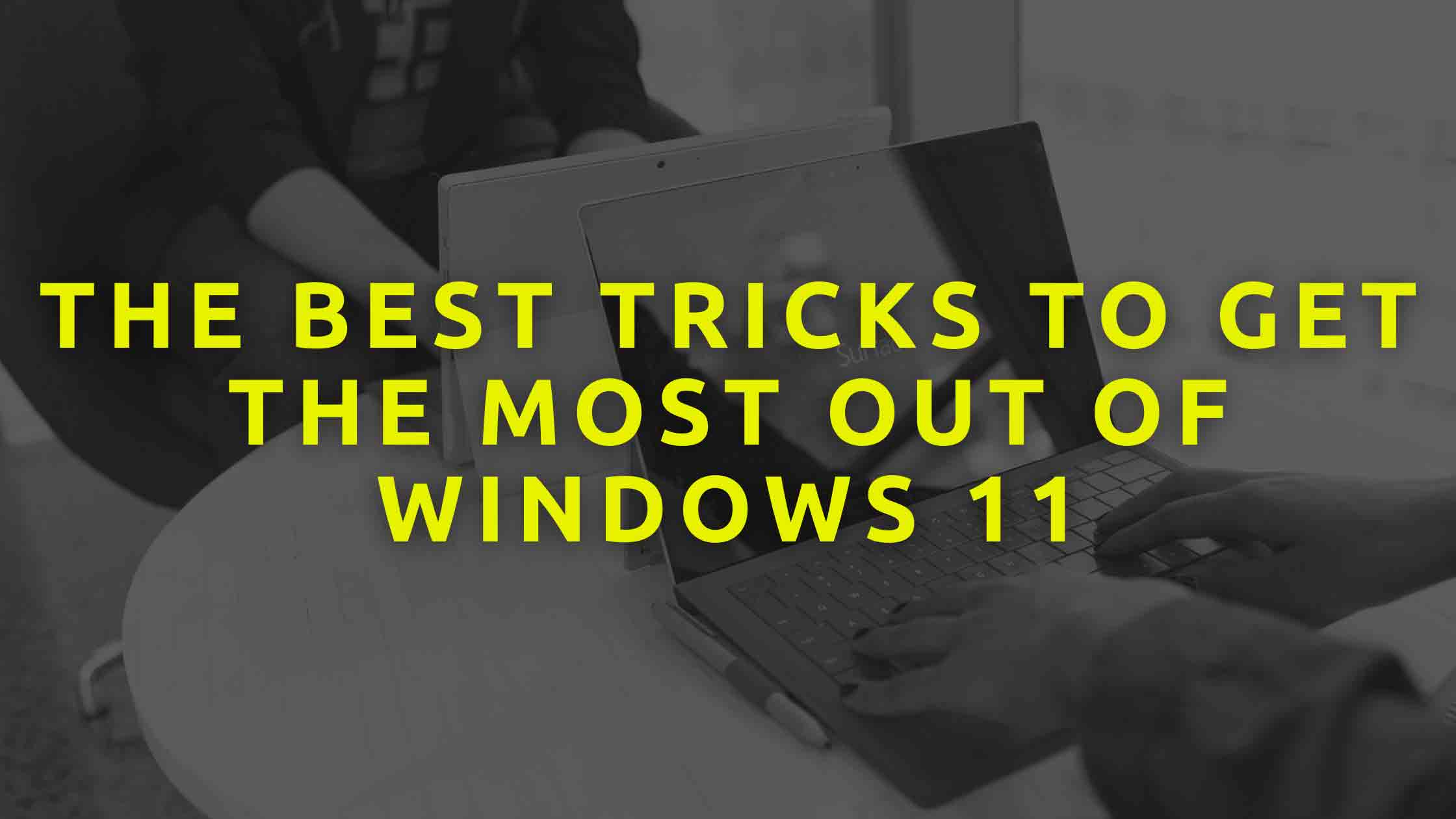 We are talking about Microsoft, the company in charge of developing Windows 11. The operating system has been running for a short time and it is a matter of time before it reaches more and more computers. So, whether you are new to the operating system or newcomer to it we tell you some of the best tricks for Windows 11.

Windows 11 is the new Microsoft software that is already running on many computers around the world. This has brought great improvements and new features over its predecessor, although some of them are not yet operational.

This will come with time as the company integrates more and more update patches, so we can only wait to see how far the system can go.

As we mentioned, there are many people who already have in their hands a computer with the new software of the Redmond brand, but may not yet know how to take full advantage of it.

For that reason we propose you this article, so that you take into account the best tricks for Windows 11 and that you become an expert or, at least improve your experience with the new software of the American company.

Learn these tricks for Windows 11

There are many things that Windows 11 has introduced as novelties and that call the attention in the system itself. Some even have to do with aesthetics and others that change the handling of the device in question, whether it is a two-in-one laptop or a traditional computer.

Whatever the case, here we leave you some of the best tricks for Windows 11.

The first thing that catches your attention as soon as you open Windows 11 is the new toolbar. It is still that part dedicated to the quickest access to use the terminal and with the most basic functions for use.

However, Microsoft has played with the initial position of the buttons and you may want to change its location to the classic left side. To do so, follow the steps below:

In the part of the Start button there are also some new features that you should be aware of, such as the use of the new location of the programs in full as well as the index.

Goodbye to the temporary files

One of the things that hurts users the most is running out of space on the computer. It’s a shame when this happens, especially when you don’t know how it filled up so quickly.

This is due to temporary files and luckily there is a trick for Windows 11 that will help you gain more space. Everything happens by using a function within the storage section.

You will see an option to delete temporary files, something that were not among the options of Windows 10. In just a few seconds you will recover space occupied by useless files.

Use the dictation option

In the configuration you can even put the automatic punctuation marks and you only have to press the button of the microphone to begin the transcription.

Microsoft has thought of Windows 11 as a more multipurpose system, which allows to use it both on desktops and laptops. But there is an option that you should know about and that is present on mobile devices: sharing WiFi.

From the wireless connections section of the computer you can activate this function with a single click and supply Internet to nearby devices.