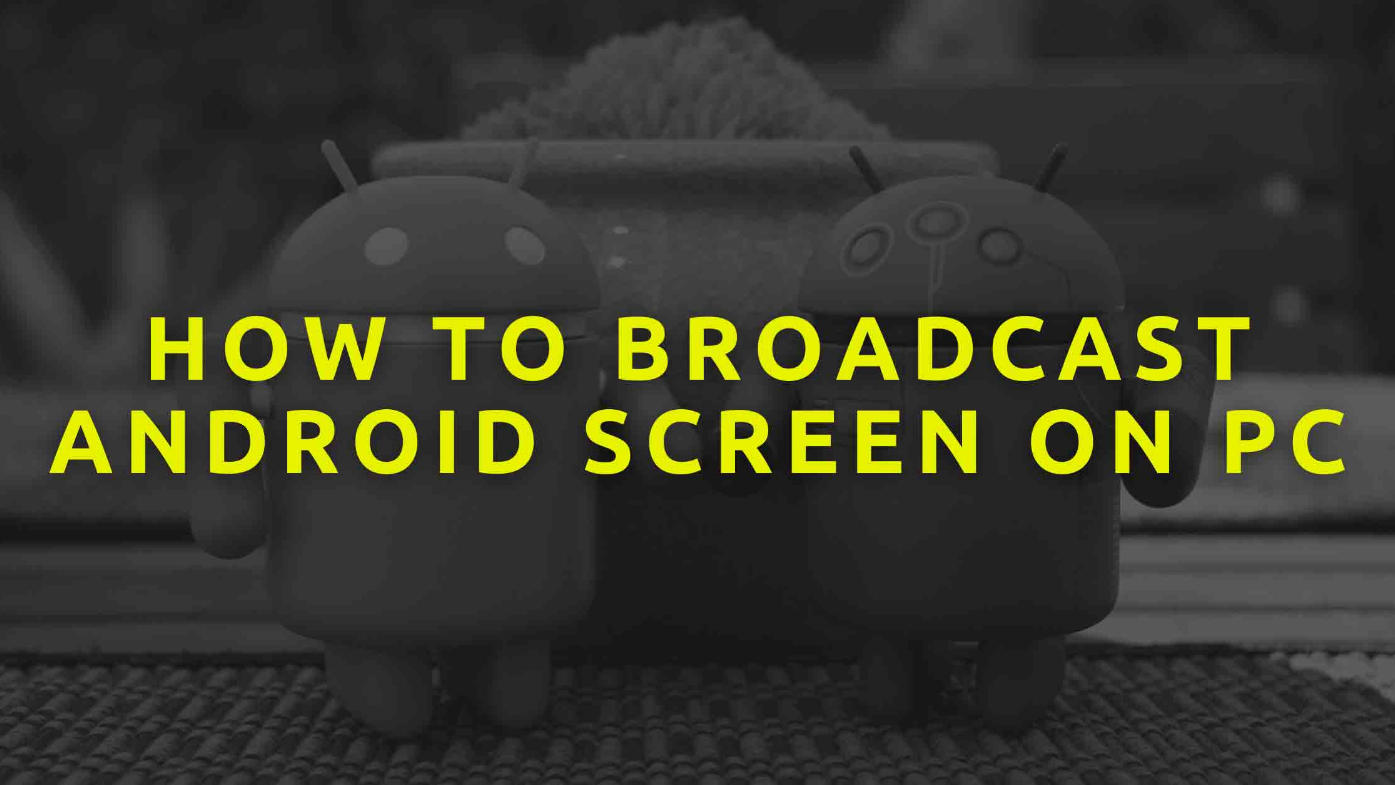 We have already seen in another guide how it is possible to broadcast the Android screen on the home TV, but how do you do to be able to broadcast the Android screen on PC? There are many users who would like to use their computer’s monitor to watch the content of their phone, and if you are one of them, you should know that if you have a version of Android 4.4.2 or higher, you are already well on your way to being able to broadcast the Android screen on your PC. Then consider that some Android devices already have the function for transmitting the smartphone screen to the computer monitor and for them you simply need to access the correct setting, but those who are not so lucky, can still download a special app from the Google Play Store that allows you to have the same function on your device as well. Anyway, whether you want to perform the transmission of what appears in the screen of your Android phone on the monitor of a PC running Windows 10, this guide will help you perform it quickly and quickly. So let’s get started with this guide that will explain how to broadcast Android screen to PC.

How to broadcast Android screen on PC: how to do it with Windows 10

You can broadcast the screen of an Android smartphone on a computer in a very simple way and without the need for additional cables if you have a Windows 10 version and to be able to broadcast the screen of Android on PC we will make use of its app Connect that we find available in its latest updates. Before we start then, I recommend that you update Windows 10 to its latest available version, this is because if you haven’t updated your operating system yet, the Connect app won’t work, which means that consequently this method won’t work. If for various reasons you don’t want to update Windows 10, it would be better to skip this method and directly try another one from the ones listed. On the other hand, if you don’t know how to update your PC with Windows 10, try following the steps below:

Once you have Windows 10 updated, you should make sure that your Android phone is able to stream screen content through the quick settings screen found by lowering the status bar. To access the quick settings menu, scroll down the status bar by swiping your finger from top to bottom on the screen and you should see a window with all the quick commands that allow you to quickly enable or disable certain settings on your smartphone. Among the shortcuts you should see the Cast or Transmit button that gives you the ability to transmit the Android screen to your PC, but if your phone doesn’t have it, just download a third-party app that will do pretty much the same task. Among the apps available for Android to be able to broadcast your Android screen to your PC you’ve chosen to use Google’s official app, namely Google Cast. So proceed with downloading the app if you need to, then once you’re done installing it, you can open Google Cast and use the Casting feature from the app instead of hitting the switch that some smartphones already have on the quick access menu. So let’s get on with it to be able to cast your Android screen on PC:

If you couldn’t broadcast Android screen on PC with Windows 10’s Connect app, you can also try the following solution:

How to transmit Android screen to PC: use an OTG / Micro / Mini HDMI cable

This solution is much easier to implement than using the Windows 10 Connect app, moreover, it also offers the advantage of being able to work with almost all versions of Windows, this is because the connection is made via cable. However, in order to follow this method, you’ll need an OTG cable, possibly a Micro / Mini HDMI, an OTG adapter and you’ll also need a USB mouse. You need to make sure that your Android device has Mini / Micro HDMI support, otherwise you will need an MHL to HDMI adapter, a USB mouse that works with your Android device and an HDMI cable that connects to the HDMI input of your PC monitor. If you’re using a computer that doesn’t have an HDMI input or only an HDMI output (the HDMI output won’t perform the same function), you’ll also need an additional adapter. Once you have everything you need, here’s how you need to proceed in order to broadcast the Android screen on PC: