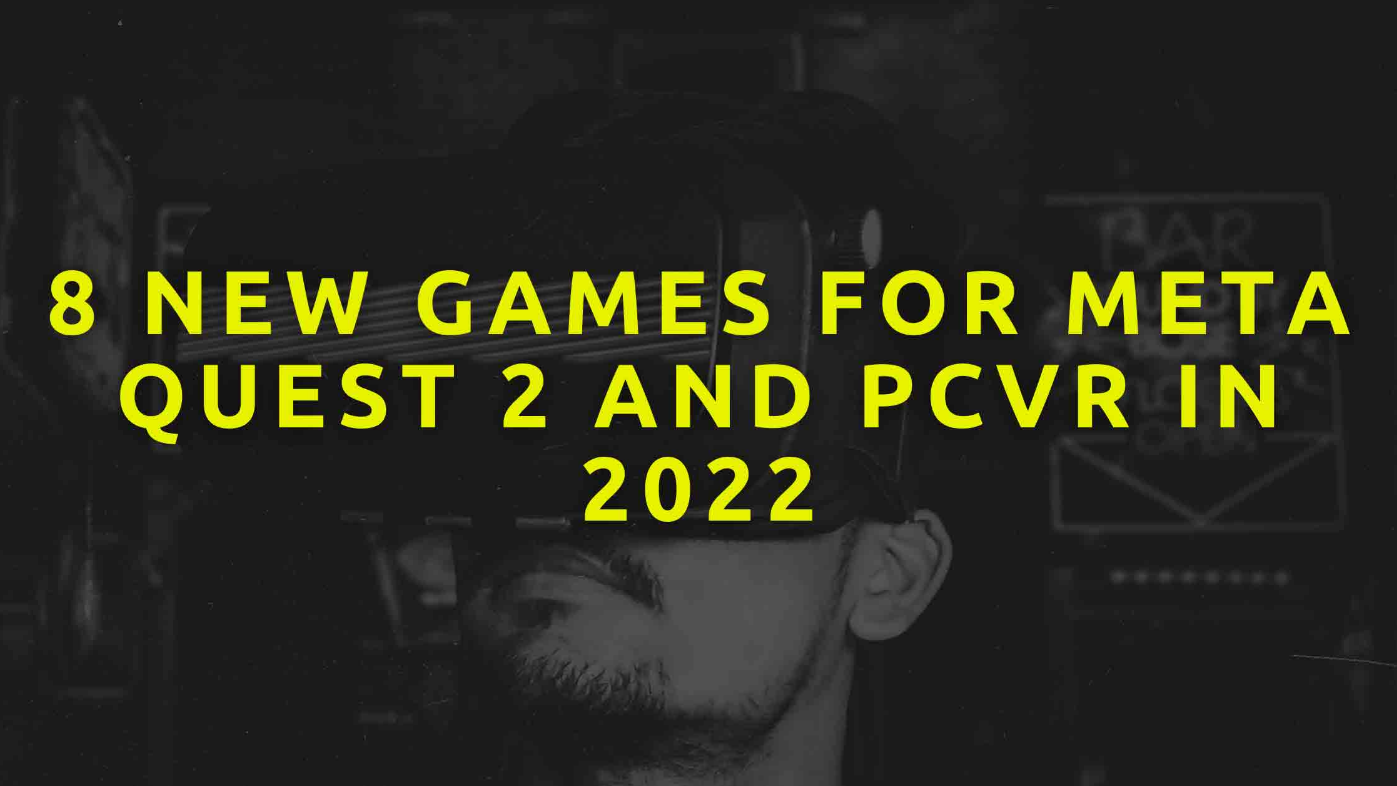 December 2nd took place the winter edition of Upload VR Showcase, an event in which we have presented the next releases of Virtual Reality games to be released in 2022.

And to tell the truth this event has left more than one with their mouths open as we could see more than 20 titles in Virtual Reality for all platforms.

Here is a review of what I thought was the most important in the event that you can see in full on their official website.

The best of the Showcase

In this summary we are going to talk about the best titles that have been announced, for this we are not going to make distinctions between platforms or release dates.

From the creators of Wraith: The Oblivion Afterlife comes Cities VR a construction game based on the popular Cities Skylines video game series.

You can create your own city from scratch, houses, schools, hospitals. The goal of the game is to make it as attractive as possible to attract more citizens and turn it into a megapolis.

Cities VR will be available next year 2022 for the Meta Quest 2 platform.

Ruin Magus is what many of us have been waiting for, a Japanese-themed RPG game that will make us live an epic fantasy adventure like Sword Art Online.

A game where we can live several experiences that revolve around the ruins of the city of Grand Amnis. Where we will have to solve the mysteries and enigmas that hide the ruins.

Ruin Magus is currently on Kickstarter, but will be available this winter for the Meta Quest platform and PC VR.

A not-to-be-missed game that has been available since December 2 is Smash Drums! Making the leap from the App Lab to the official Meta Quest 2 platform.

Feel like the drummer with this rhythm game that for my taste applies a great plus of difficulty that many of this genre lack.

And is that in Smash Drums you not only have to hit the drums but you will have to do it several times and with different power to do it well.

If there is one type of game that suits Virtual Reality, it’s space games. The Upload VR Showcase has brought us the first trailer of Ziggy’s Cosmic Adventures.

In Ziggy’s we will pilot a fully functional ship that we will have to repair and even change power modules manually while we go on a planetary exploration.

This game is being developed by Stardust Collective and although it will come to the Meta Quest and PC VR platforms, no approximate date has been given yet.

The second installment of the popular Virtual Reality game Vertigo, a shooter game with a futuristic-themed story that will leave you breathless.

Vertigo 2 is provided for PCVR platforms in the next year 2022, we will be waiting for more news of this curious title.

From the developers of Shenmue and Shin Megami Tensei comes Paranormal Hunter. A cooperative horror game that will arrive on our PC VR viewers in the second quarter of 2022.

We could say that Paranormal Hunter is a visually vitaminized Phasmophobia and with some somewhat extravagant tools.

What is clear is that it is a game that you are going to enjoy much more playing with friends, since alone it is likely to give you a heart attack or two.

A game that I personally was happy to see in this Showcase was Propagation VR: Paradise Hotel. A game that has seen the light thanks to the support of the community to the free experience that Propagation VR offered us.

With more than 350,000 downloads with very positive reviews, Wanadev Studio has decided to create a full game that will arrive in late 2022 for all platforms.

And truth be told, if the game is half as terrifying as the free experience, we are going to have one of the best games of its genre on our hands.

And the latest from the Upload VR Winter Showcase was a trailer for Quill’s new adventure in Moss: Book II which will arrive next spring 2022 on PlayStation VR.

In the trailer we can see how Quill this time will have to face another great enemy, this time what appears to be a dark raven.

Moss is one of the best rated video games for all Virtual Reality platforms, and I personally hope that soon will be released its version for PC VR and Meta Quest.