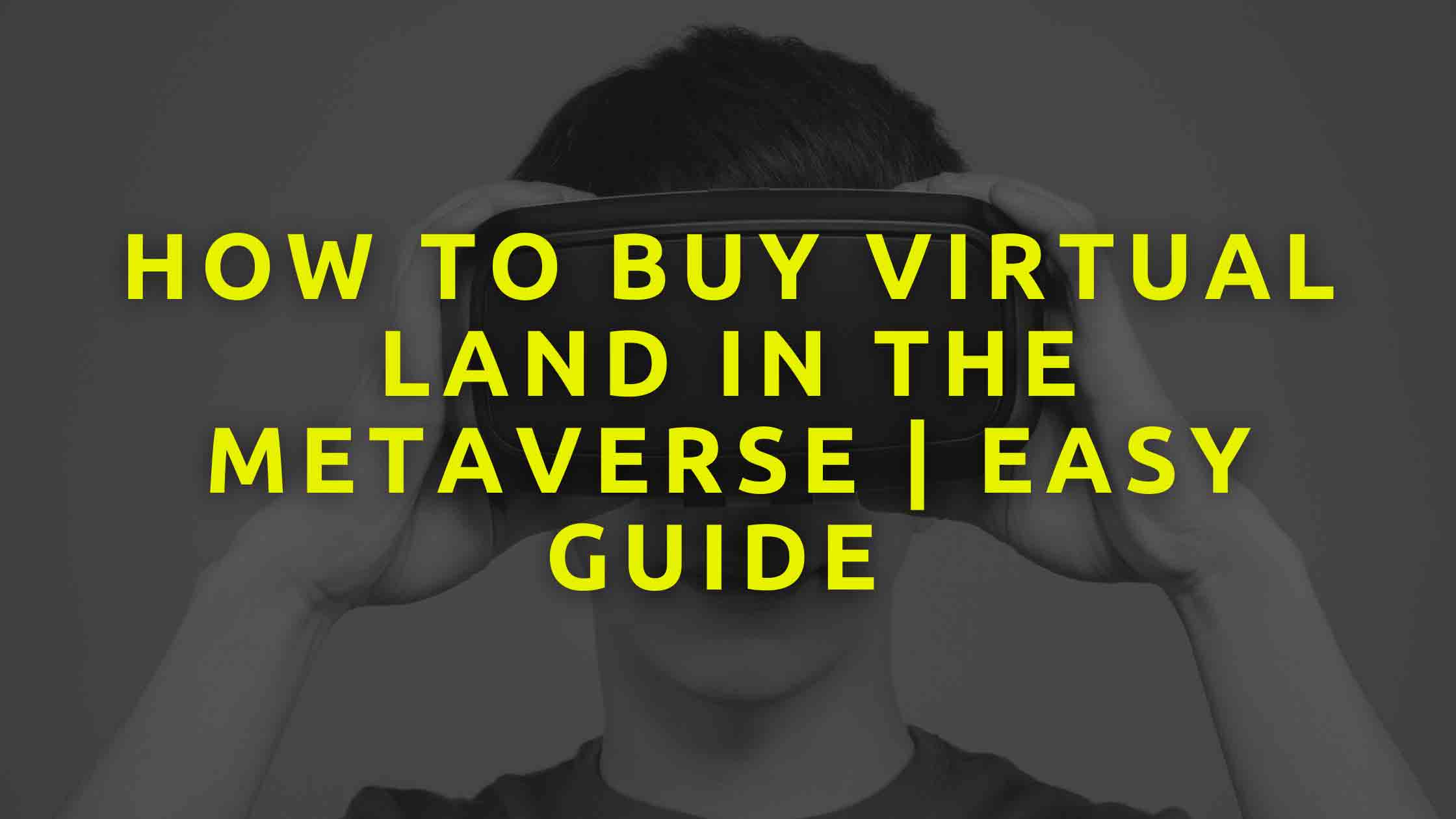 What is meant by Virtual Land

Let’s start with a basic concept: what is the Metaverse. Described for the first time in Snow Crash, science fiction book of 1992, we could define the Metaverse as a sort of deep virtual reality, shared in three dimensions through the internet, where you can participate being represented in all respects by an <avatar>.

Initially born as a completely futuristic project, paradoxically in the last year has undergone almost a real “materialization”, thanks mainly to a hype, where actually everyone talks about it but only a few know about it. Consequently, like any other new land to repopulate, the first step is certainly the decision of which areas to subdivide and how to exploit them, through the distribution and sale of land.

We could define the lands then, real virtual spaces, where inside it is possible to give life to social activities: open a playground, organize courses and events, or maybe just decide to rent it to someone else.

At the moment, the most famous virtual platforms in the Metaverse where you can buy land are two: The Sandbox and Decentreland. Both, for now, make available a limited number of land areas, constantly monitoring the evolution of demand, in order to adapt the lots to their most easily marketable use, and keeping their value as much as possible within certain predetermined ranges. To date, the number of plots of land available on The Sandbox is around 90,000, while for Decentreland it is approximately just over 160,000.

What is Virtual Real Estate and How it Works

If until recently, users of the Metaverse were investing by purchasing land exclusively through the use of virtual currencies, today a good portion of sales are also made through real money. And this has set in motion and further strengthened in the Metaverse developers another concept, that of the open space management of multiple building lots.

Buying more than one in fact, it will be possible to access a Real Estate, that is a group of plots in size 3×3, 6×6, 12×12 or 24×24. Managing more Estate by more players, they will even go in the future to become a real aggregate of lots, called District.

The bet that many far-sighted real estate companies are making today, is to try to think of how to be able to apply, to virtual worlds, the same rules studied for the traditional market, trying to consider schemes and structures able to favor in some way the sale of some elements, in spite of others. Tests that, in reality, in part have already been realized by the same creators of the Metaverse. Deciding to buy a certain piece of land in fact close to a famous person from the world of entertainment, rather than a great economist magnate of world finance, today is already effectively bringing its fruits.

Companies of the caliber of Samsung, Intel, Tokens.com and Nvidia, are investing heavily on the Metaverse, assuming that the possibility of a likely favorable economic feedback in the medium to long term, can really take more shape every day.

How to Buy a Virtual Land in the Metaverse

Buying a plot of land in the Metaverse is really simple. It will be enough to register to the chosen game platform, log in with your avatar and start immediately checking the lands and all the objects for sale in the catalog, available for free, to verify availability and prices.

Once you have taken into consideration factors such as type of neighborhood, size of the land and possible future developments, you can proceed to the purchase through NFT cryptocurrencies, the new virtual currency, by connecting a crypto-wallet (cryptocurrency wallet) and having at your disposal the respective currencies (SAND for The Sandbox and MANA for Decentraland).

Why Invest in Virtual Land: Benefits and Risks

The last period has seen an enormous growth of the virtual economy. In fact, companies such as Microsoft, Facebook and many others, are investing increasing amounts of resources and capital, in order to be the first to ride what seems to be the most important technological innovation of the coming years. In addition, cryptocurrencies, such as Ethereum, are developing more and more and favouring the movements of this type of markets.

Wanting to make a virtual parallelism, if talking about investment in the real world the brick is still considered the main element and with the greatest solidity over time, we could perhaps venture to think that the new structures that will be created in the digital world, could have some resonance even if only by communicative osmosis.

We are still at the beginning, but if the advent of the Metaverse will actually happen in such a disruptive and massive way, as many seem to predict, then probably the investment could really bring good results, provided that it is not just a big bubble.