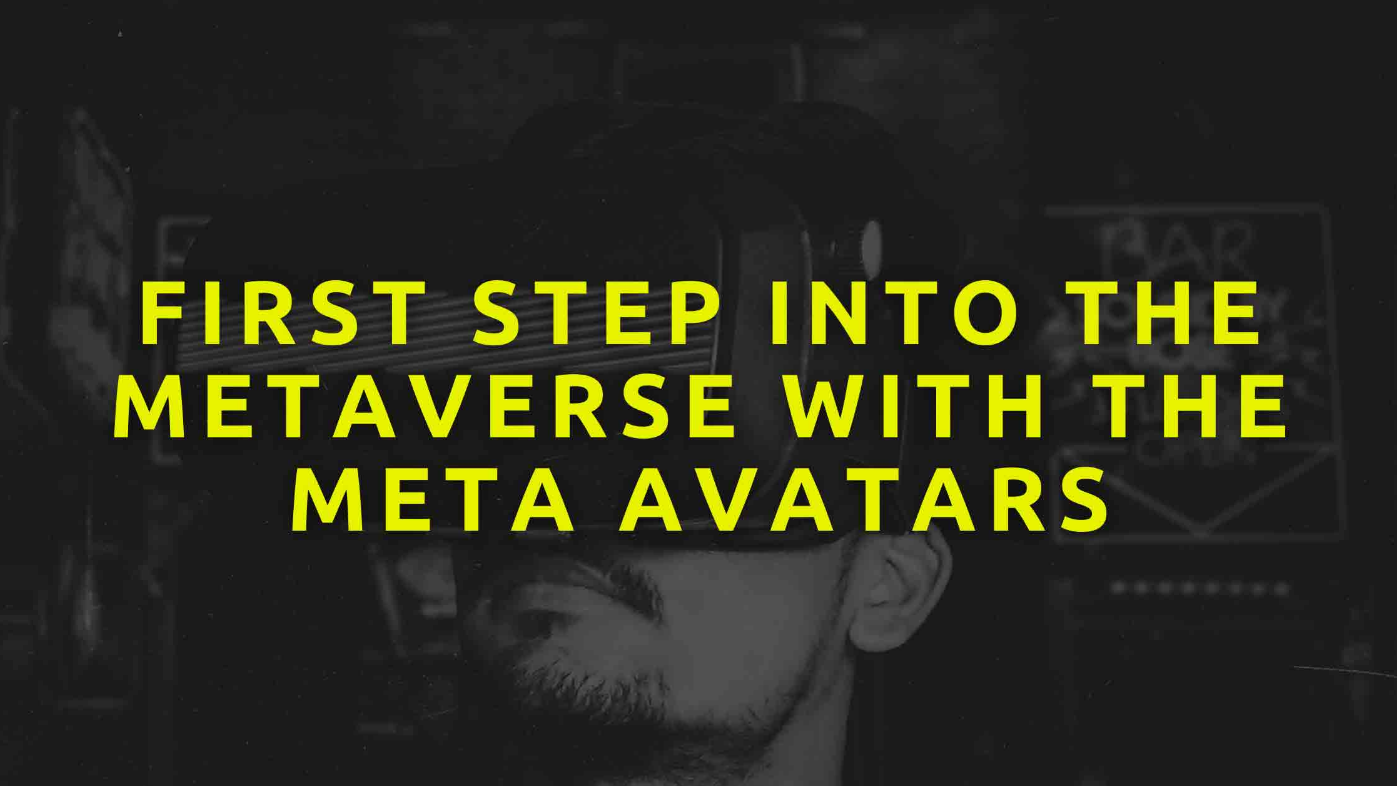 Meta has opened the SDK of its avatars for development in Unity and soon it will also be available for Unreal Engine. This means that all developers using these platforms will be able to incorporate our custom avatars into the game.

This way we will be able to have avatars that resemble us to make Virtual Reality much more social and personal.

The evolution of Meta Avatars

The idea of Meta avatars is not new since its SDK has been inherited from the beginnings of Oculus which launched the first one at the end of 2016.

These were a single neon color avatars with eyes always hidden behind sunglasses or a Virtual Reality viewer .

Later with the arrival of Oculus Go the avatars underwent a major transformation adding skin tones and facial expressions to make them more realistic.

These avatars still had Virtual Reality glasses or viewers but being in color and customizable the feeling was much more satisfying and personal.

Later we came to Oculus Quest where the avatars underwent a new evolution by removing the glasses and adding expressions and simulated eye movement.

I have to say that these avatars were by far the ones I liked the least, as they simulated reality but everything was very artificial.

For this reason Meta decided to completely change the aesthetics, moving away from a realistic avatar model by creating their new SDK with more cartoon style avatars.

Meta Avatars recognize the tracking of our controllers (or hands with active Hand-tracking) along with the audio input making them highly expressive. How to make an avatar?

This is quite simple to do, we just need our Meta Quest 2, select our profile and edit the avatar.

The Meta editor allows us to create a full body avatar in our image and likeness (or what we would like to show). Although in most applications you will see only from the waist up.

This is because thanks to the head and hand tracking the AI can make an approximation of where the elbows will be, but this is not possible with the legs.

Where can we use our Meta avatars?

Meta has opened the SDK of its avatar with the idea that they can be used in as many third-party applications and games as possible.

Thanks to this initiative, Meta hopes that each player will have a virtual identity that is recognizable to everyone and that can be moved between applications.

In addition to Horizon, Workrooms and the upcoming Horizon Home, these avatars can already be seen in some applications such as Cook-out or ForeVR Bowl.

At the moment Meta is already using these new avatars in its Horizon environments, and also some game developers are supporting the initiative.

This is the case of the developers of Eleven Table Tennis which has already implemented it and we will be able to compete against people with their Meta avatar.

Cook-Out where we cook sandwiches together with 3 other players and each one will be able to choose between their Meta avatar or the basic one of the game.

And finally the acclaimed ForeVR Bowl game which has also implemented it in an experimental way to play a game of bowling with friends.

Can I use Meta Avatars outside of Oculus?

Since its release, the Meta SDK is compatible with Windows-based Virtual Reality platforms and Quest.

But for the moment only users of Quest platforms will be able to customize their avatar completely from the same platform.

All other users will be able to choose from 32 default avatars that the developer will have to integrate into the application interface.

They will also be able to download a free package that will add authorized avatars that will be published in the official Oculus store or the App Lab.