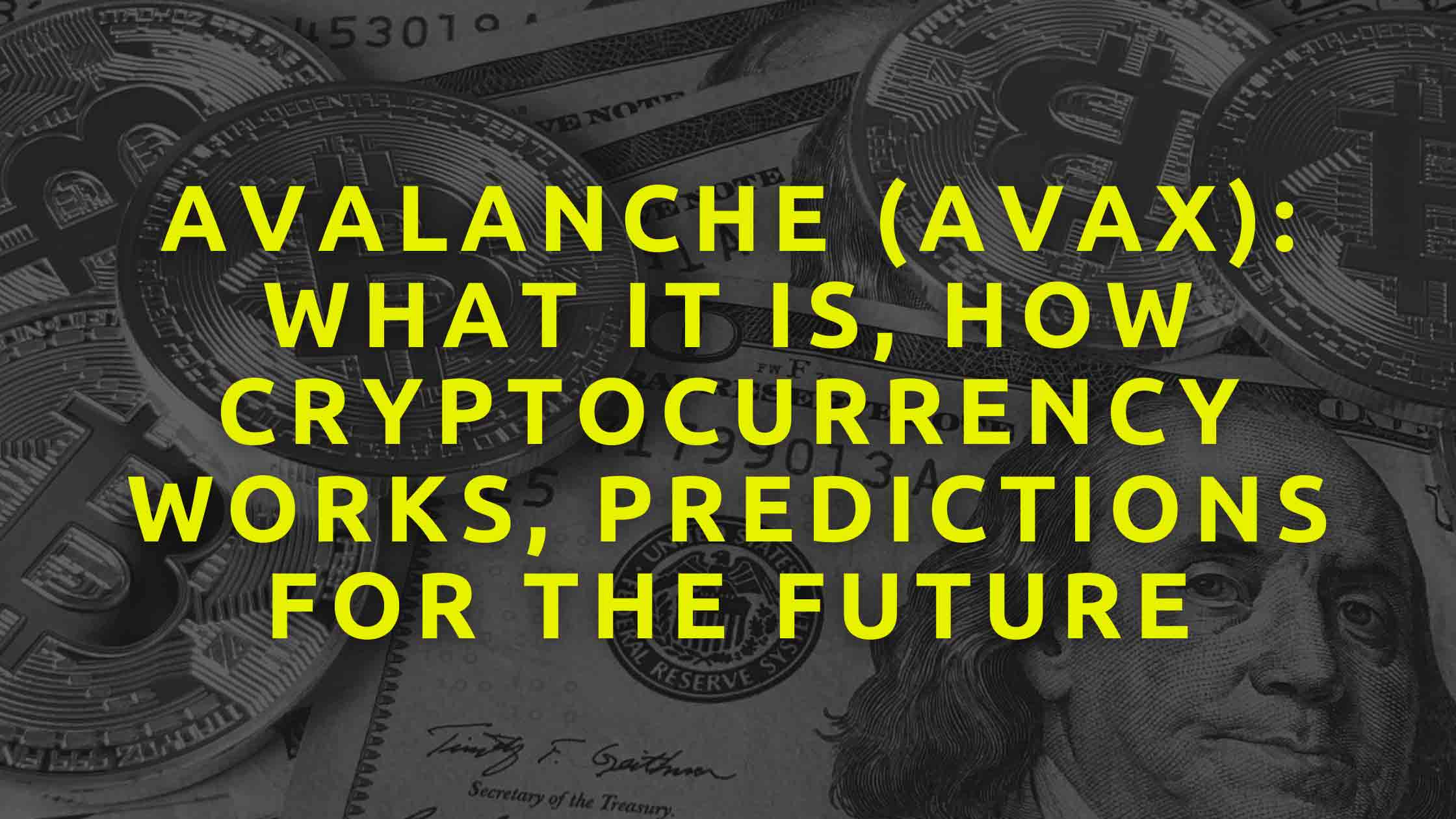 Avalanche is a project born in 2020 that proves, to date, to be particularly promising and able to offer the functions of DeFi within a single platform, presenting the various features in a single interface. Although it is still little known and newborn, Avalanche is a cryptocurrency that is attracting the attention of many investors, with interesting growth prospects in the medium and long term.

The new cryptocurrency Avalanche was developed by a group of students from Cornell University, its innovation is based on the smart contract system and aims to try to improve the efficiency of transaction processing more and more. Investing in the processing of increasingly fast and efficient transactions, Avalanche was born as a direct competitor to Ethereum.

Avalanche is a crypto token traded under the AVAX code on cryptocurrency exchanges. It consists of a layer-1 blockchain, which has been significantly developed and improved in recent times. Avalanche is an open source decentralized platform, it was built as a target to launch Dapps, applications specifically for Decentralized Finance (DeFi). Its most relevant features concern the Snow consensus protocol that must guarantee: decentralization, high security, low latency (high number of transactions per second), decentralization and low power consumption.

Nowadays there are many platforms in the field of Decentralized Finance that have similar characteristics to Avalanche, however the new platform is characterized by some improvements that want to accelerate the development of this sector. One of these improvements is interoperability, which focuses on efficiency and integration in the exchange of information within the system. Compared to its main competitor Ethereum, Avalanche boasts a greater speed and efficiency in transactions, in fact it allows you to perform many different operations in maximum 1 minute.

Avalanche offers great freedom of choice in managing the users’ project. All users, both companies and individuals, can manage the microcosms they have created according to their preferences. Within the network, users define specific rules, which must clearly adapt to the laws of the country in which the stock is listed. This ductility makes Avalanche a platform suitable for brokers and traders who offer particular products according to the law. In addition, it is possible to create Dapps or non-fungible tokens and existing templates so as to be able to create customized blockchains.

In terms of operation, Avalanche allows the creation of assets in its blockchain and can go to integrate ERC-20, already known on Ethereum. Avalanche also allows the creation of fungible tokens, Fixed-Cap Assets, characterized by a time-limited circulation. An alternative are Variable Cap Assets in which, instead, the maximum circulation value can be modified over time.

Regarding the governance of the protocol, Avalanche presents policies similar to other spaces occupied by DeFi. Users must Stakare coin to earn the power to vote on the fate of the project. Within Avalanche you operate in 3 different blockchains:

The Avalanche Project: Benefits and Risks

Like any project, Avalanche has great strengths but also shortcomings in some respects. To get a more systematic view of it, let’s see what the advantages and disadvantages of the project are. Avalanche can be defined as a complete project, in fact it is not necessary to use anything that is external to the blockchain. Any oracles needed to carry out certain projects are provided by Chainlink, which is always located within the protocol.

One of the strengths of Avalanche is its strongly green side, it is in fact a particularly low energy consumption project and therefore allows the same functions to be performed but at a reduced energy expenditure. The project can always perform multiple transactions at once, this aspect gives it a strong advantage over Ethereum and Bitcoin. An aspect particularly appreciated by investors is the Burn process, through which the tokens are partially destroyed, since in the long run the money supply would only decrease. An advantage also lies in the excellent availability, it is possible to buy Avalanche from the best Exchange platforms and online brokers, among them the Binance platform.

Among the disadvantages is the complexity of the project itself, this can be a limitation for all those who are approaching blockchain for the first time. A further obstacle can be identified in terms of exchange, it can be complicated to exchange the token outside the classic exchange circuits.

Is it worth investing in Avalanche?

Today it represents one of the most promising projects on the market. Despite being very young, it has managed to break down the limits of ETH, managing to significantly reduce time, energy consumption and costs at the same time. Generally speaking, talking about convenience is premature, even if the forecasts are very good, as the cryptocurrency is not yet particularly stable on the market, so it is advisable to think carefully about your strategies without making hasty decisions.

According to major cryptocurrency analysts, the growth of Avalanche is gradual and not immediate, therefore it could benefit long-term investments. It seems that in any case, in the medium term, there is no prospect that Avalanche will still be able to outperform the most famous cryptocurrencies. According to medium-term forecasts and analyses, it seems that Avalanche could reach as maximum value in 2022 the threshold of 60,000,000 starting from a value of 15,473,000 (considering AVAX/USD as reference currency).