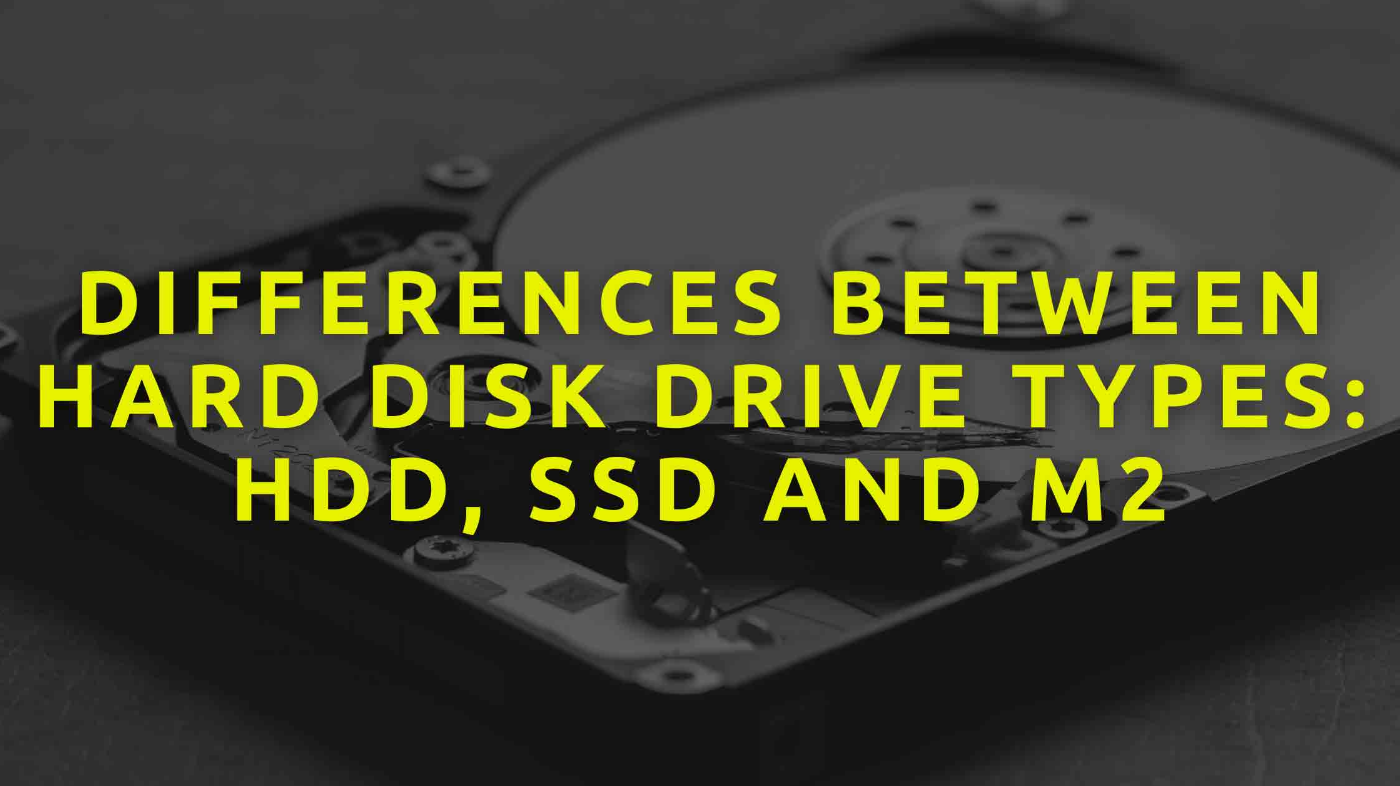 Storage is an important part of every computer since it is where all the data generated in it is stored. Of course, it also incorporates the different operating systems, which work faster or slower depending on their reading speed. That is why it is important that you understand the differences between hard disks divided into HDD, SSD and M2.

What is more important, space or speed?

One of the most common questions is whether it pays to have a large storage unit or one that can read data quickly. The question is simple to answer, although it also depends on the format chosen for the machine.

The first thing to keep in mind is that both features are a function of what the manufacturer provides, but for the average user the most important thing is to strike a balance.

Below we will give you the guidelines to know the differences between an HDD, SSD or M2 hard disk, whose characteristics will help you to choose the most suitable system for your needs.

Well, let’s first break down the acronym for HDD storage. These stand for Hard Disc Drive and are what we could call “the hard drives of a lifetime”.

These storage drives are mechanical, they are much bulkier in a box, but in return they provide the most space. Their mechanical operation consists of a needle that reads and writes the content it stores, so they are not as fast as the rest.

In addition, this can be a long-term failure if the needle stops reading, but it will not be a problem to fix it and recover your data.

On the other hand, they are the most physically resistant devices as they are larger and have a higher resistance than the next two. And if that were not enough, their price also influences since it gives more Terabytes for less money (sacrificing speed, of course).

Moving on to the next level, SSD drives are gaining more and more popularity. Unlike the previous ones, they look much smaller and simpler.

In fact, they take up much less space in any case because inside is a board with several storage chips that provide more or less space depending on what the user needs.

This Solid State Drive, or solid state disk, occupies only about 2.5 inches and thanks to the fact that it has no mechanized systems, all the information flows quickly to the rest of the computer.

Some of them reach up to 500 mb/s, something to take into account if you use this type of drives to install the operating system as it helps to make booting much faster.

What’s the downside? They are somewhat more fragile than the previous ones and although their price is also somewhat higher, the terabytes of storage are also somewhat less generous.

The last to arrive, the M2

In this difference of storage units we find the M2. It is very modern hardware that, as a curiosity, is connected directly to the motherboard.

This is a crucial difference because it brings many advantages such as not producing heat and consuming much less power.

Although its storage is smaller than the rest, its speed is up to 3 GB/s, so you can get an idea of how powerful it is.

The disadvantages are also important in M2 disks for the simple reason of their lifespan. At this speed, it is normal that one day they will stop working without warning. This is a problem because if the failure is serious you may not be able to recover the stored data.

What is the best hard disk?

Now that you know the differences between HDD, SSD and M2 you may stop to think about which is the best of all. The answer depends on one thing: the use you are going to give it. As a recommendation we can tell you that you will need a combination of all three.

For an average user, having an SSD to store the operating system and taking advantage of the large space provided by an HDD with 1 or 2 TB is more than enough for a matter of efficiency and pocket.

The M2 is also a good option, but it is up to you whether you want to spend more or less money to add it to the composition.