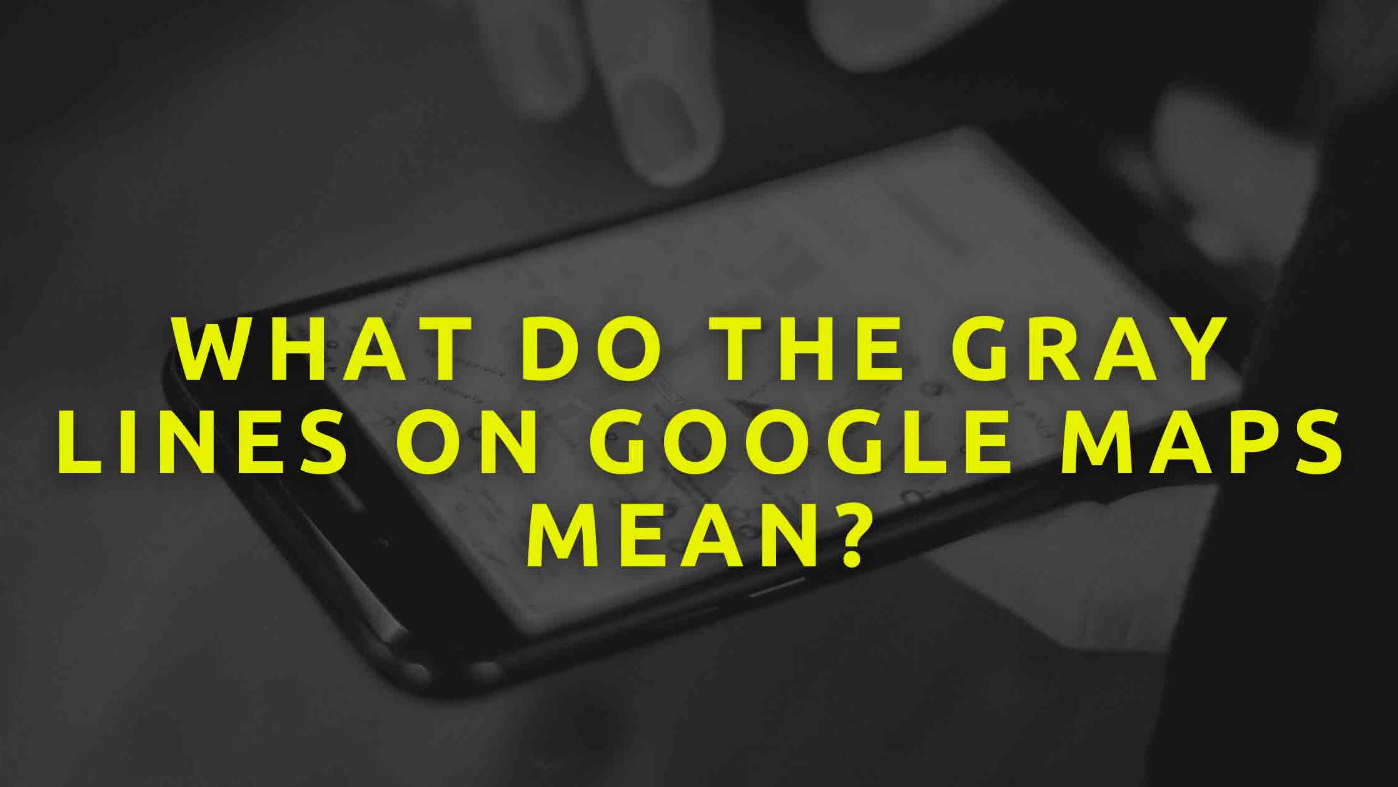 See what the gray lines mean on Google Maps, and the white lines, the yellow lines… Don’t miss it!

If you have recently used this application, we tell you what the gray lines on Google Maps mean, but also those of other colors. Do not be overwhelmed, it is a fairly easy to use application and, if you have used other types of maps, you will see that it is very intuitive and that there is no big difference.

What Do The Gray Lines On Google Maps Mean?

The first thing you should know is that when you enter the maps the gray color represents the buildings, which is not the same as knowing what the gray lines mean in Google Maps. In a lighter tone (we will see it better if we change the size of the map and make it smaller), we will see that they are, indeed, buildings.

If we use Google Maps to go from one place to another, is when the gray lines will appear, somewhat darker, whether you are using it while driving or while walking. What do the gray lines on Google Maps mean in these cases? Well, they are the alternative routes. You will see that there is a blue line, which is the path that Google recommends you to follow, and other gray lines that are other paths that will get you to the same place, although it will probably take you longer.

The application itself will warn you of this possibility and it will be your decision to follow the blue line, or deviate by the gray one if, for example, you pass by a place that interests you; or if you are driving you can avoid a toll.

The line will appear, both in the case of gray and blue, in the form of dots, if the route you are looking for is on foot. If you are walking and you see a gray line, but not dots, but opaque, it is also an alternative route, but in another means of transport other than your feet. If you click, as shown in the image, you will see that Google proposes another way to reach your destination, in this case by scooter.

What Do The Yellow Lines On Google Maps Mean?

In this case we must also differentiate between the yellow “spots”, and what do the yellow lines mean in Google Maps; The first are areas of interest; you will see that, in addition, appears with an icon that says “busy area”, the busier it is, the more intense the color will be.

But let’s go back to the line, also here there is a nuance: if we have the map very enlarged, the yellow line, or rather orange, indicates the traffic situation (somewhat congested for the yellow/orange and traffic jam for the red). But if we enlarge the map, we will see many more yellow lines. Does this mean that everything is jammed? No. In this case the lines represent the main roads passing through that area of the map.

What Does The White Line Mean On Google Maps

Finally, knowing what the white line means on Google Maps is the easiest thing to do: these lines are the streets. You will see them “cutting” all over the map and if you zoom in you can see the name of the street, the intersections, even the stores or places of interest that are in each of them. Which brings us to the next point, never better said.

What Does The Blue Dot Mean In Google Maps

If you want to know what the blue dot on Google Maps means, we tell you. They are stores. If you enlarge your screen you will be able to see, specifically, which store it is. Although it will also depend on the intensity of the blue, since there is also a lighter one that indicates transportation. Widen your screen to see which one it is and keep in mind that there are also dots of other colors. Do you know what they mean?