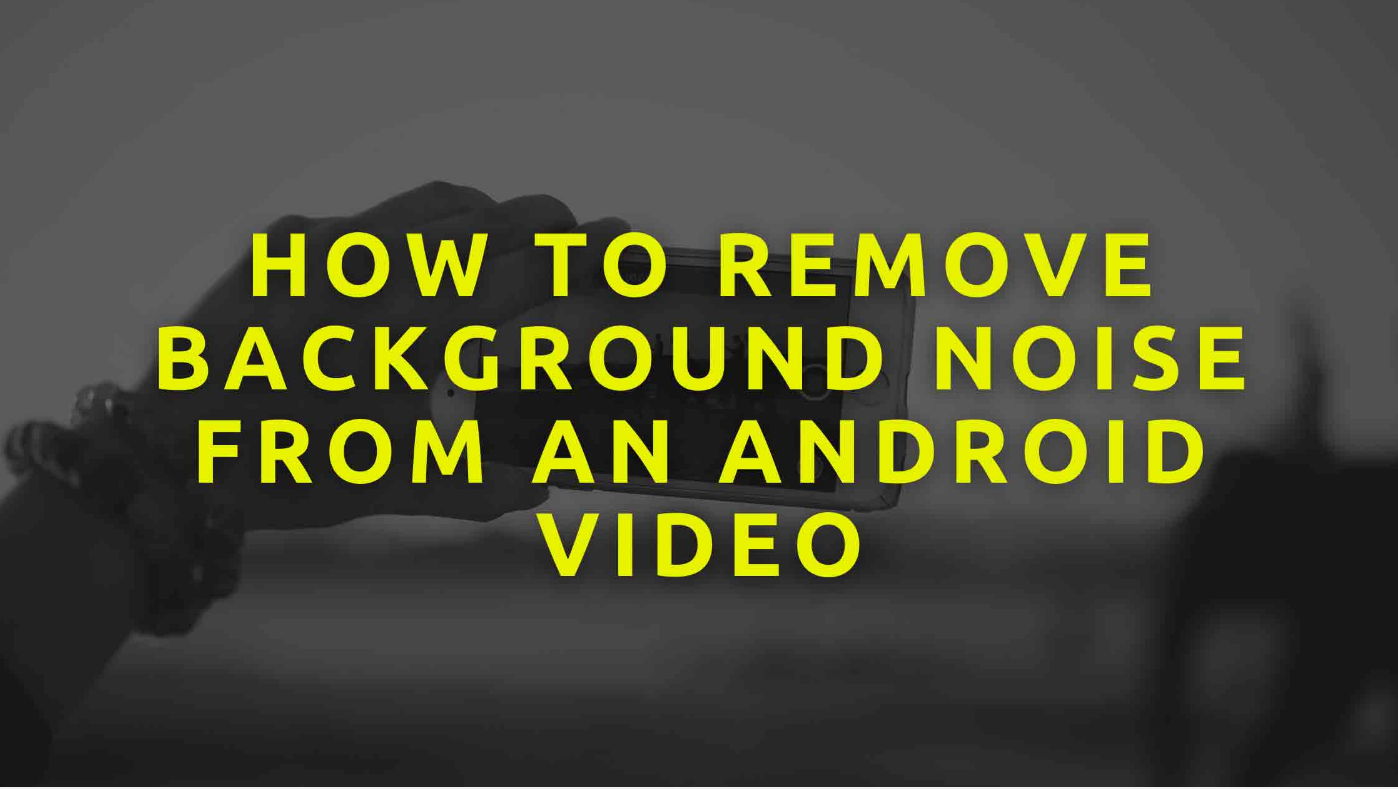 Why it’s important to remove background noise from a video

In order to be able to make a high-quality video content, it is not only the visual quality of the footage you have shot that matters, this is because the audio, narration and other aspects of the content also have their importance. The noises that can be heard in the background when a video is started are annoying distractions that divert the audience’s attention from what is being said or what you would like them to hear clearly, for example if you want to talk in a street, the noises of cars passing by or the talk of people crossing, could divert attention from the person speaking and exposing something during the video. So eliminating background noise in a video allows you to have all the attention on what you want to hear better, such as a speech, an interview, etc., without the chatter of people around, the noise of car engines or airplanes, etc., partially covering the main audio.

If you have to publish a video on a platform such as YouTube, for example, those who go to see it will certainly be more comfortable listening to a filmed clip in which your voice can be heard clearly, while more likely instead, the audience will abandon a video where the voice is unclear because of the noise that can be heard in the background. It doesn’t matter if you have created a fantastic video, full of interesting content and with very important things to say, if the main audio, what you want the user to hear when he watches the movie, is disturbed by background noise, it will be very likely that with a disturbed audio he will abandon the vision, this is because no one is interested in watching a video where you express something but it is not easily understandable because you do not understand what you say. That said, you do have the option of eliminating background noise from a video shot with an Android phone or tablet, and to do so we’ll use apps that you can download for free to your device. So let’s see what these apps are for eliminating background noise from an Android video.

How to remove background noise from an Android video: Video Noise Reducer

BeeCut – Very simple free video editor: Beecut is a ubiquitous service available on various platforms including Windows, Mac, iOS and Android. The Android app, has a powerful editor engine at its core and is a great app for removing background noise from videos shot with your Android phone. Beecut is an app offers more than just removing noise from Android videos, in fact it can also perform other tasks like the best video editing apps, such as changing the volume and speed of the audio, it can also add fade-in and fade-out effects. You might think that all the tools described are difficult to implement in a video, but it’s not at all, that’s because Beecut is ready to use for all users who don’t have deep knowledge regarding video editing. Beecut’s simple interface makes it easy to use its various functions, and even if you’re new to this kind of thing, you’ll be able to use the application with ease. Beecut is therefore a great tool for both junior and senior editors and below we can see how to remove background noise from an Android video:

When shooting a video, you should not only pay attention to its resolution and what you see, but you should also pay attention to the audio, especially if what you need to be heard clearly is aimed at an audience. If your Android video has some annoying noises in the background that make it sound worse, I recommend you to try the apps you find in this guide because they are the best ones for eliminating background noise from an Android video and with their help you can make a voice or something clearer that otherwise with the noises in the background would be heard less clearly and more disturbed. See you next guide.