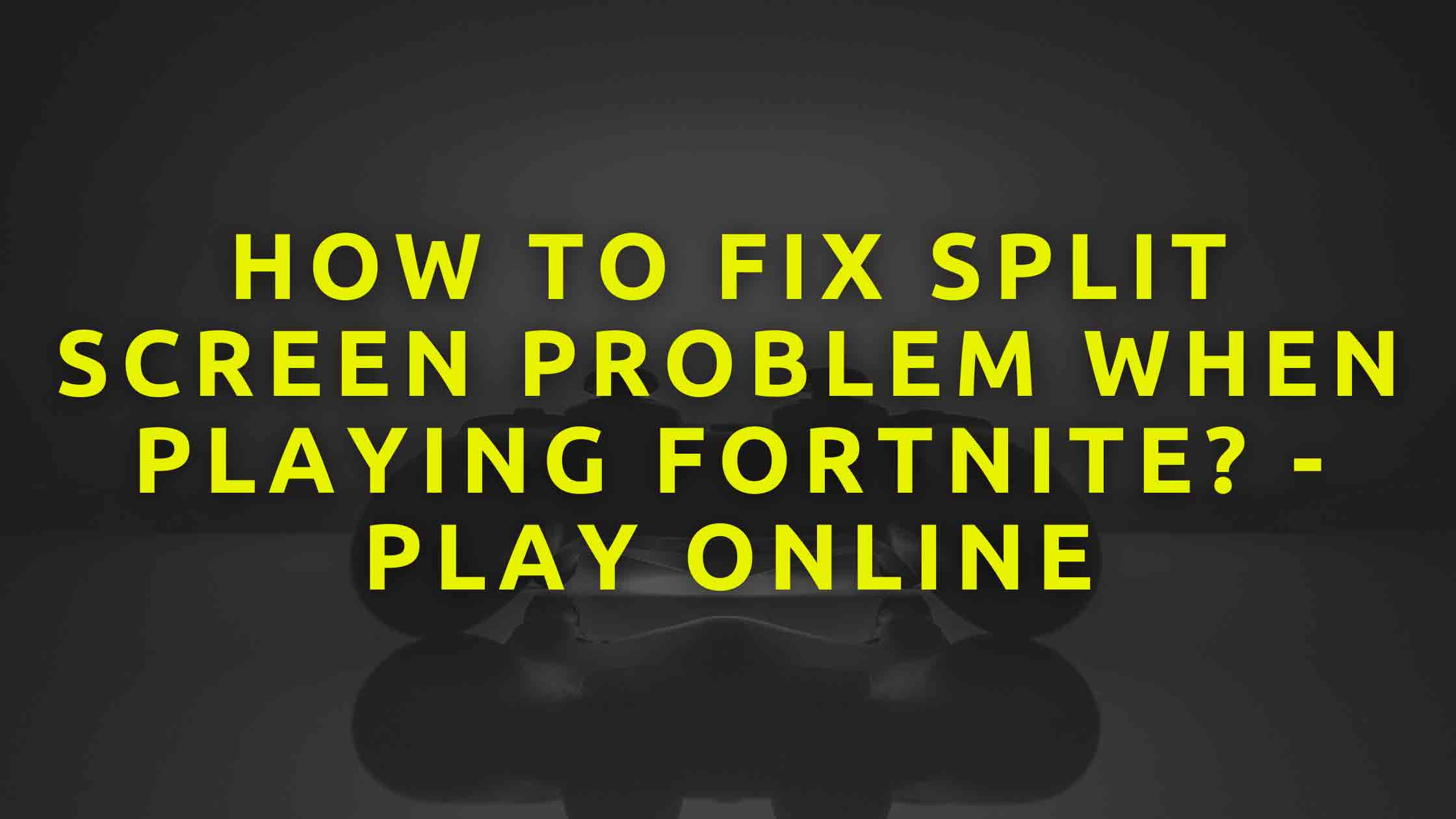 Fortnite currently, is one of the most used games around the world, many of its users use it with friends, as it makes the experience even more fun. For these cases the game Fortnite offers its players a very interesting function and this is the split screen, this consists of splitting the screen of a console so that two players can play without having to activate a second one.

Some time ago the split screen function stopped working correctly, this caused many concerns in the users of the game, if you are one of them do not worry anymore because below we will give you some methods to fix it.

Why doesn’t the split screen option appear in the Fortnite game?

The Fortnite game can be played in split screen from a PlayStation or Xbox console, this until the end of the year 2022, since around this time a problem began to occur in this function, which did not allow the activation of the split screen neither on consoles nor on Xbox.

Epic games (game developer company) informed each and every one of its followers that the split screen function was disabled on PlayStation and Xbox consoles because there was a stability problem in the Fortnite game system. Epic Games also gave the information that the feature would be re-enabled, that they were working on it.

In what way to solve the problem when playing split-screen in Fortnite?

Epic Games informed that it would soon give the solution to solve the split screen problem, but while that happens you can apply some methods to solve it by yourself, it is worth noting that these have worked for several users (not all).

Before you start applying any method it is good that you verify the speed of your internet, because if it does not have a high capacity the game will not run as well as the split screen function. Having clarified this, the methods to solve the split screen problem are as follows

Check the compatibility of the function

The first method is to check the compatibility of the function with your computer, to achieve this check do the following:

The creators of the Fortnite game recommend Restart the Fornite game to solve the split screen problem, achieve the restart of the game is very simple below we will show you how to do it:

On PlayStation consoles: the first thing you must do is press the PS button on your controller for several seconds, after that it will open immediately to the main menu of the equipment, in it you must locate yourself in the game frame, look for the new screen the Options option and select it.

On an Xbox: log out of the game for this you have to press on the icon of the x or the Finish option, then go to the dashboard of the computer, now you have to press the menu button then select the Close app option. When the closing culminates reopen the Fortnite video game normally.

The last method is to verify that on the Epic games server, Fortnite is working. Any problem on the server mentioned above can cause the Fortnite video game server to malfunction and cause problems such as Fortnite crashing on iPhone or the inability to activate the split screen feature.

To verify that Fortnite works well on the Epic Game server you must enter the official status page of epic games, in it you must verify that the Fortnite video game in the listing is shown operational, if not it is because this server has a problem, you must wait for the company to fix it.

What to do if I continue with the split screen problem when playing Fortnite?

If none of the methods shown and explained in the previous sections worked for you to split the screen of the console or Xbox you should wait for the Fortnite video game company to make an update to solve the problem.