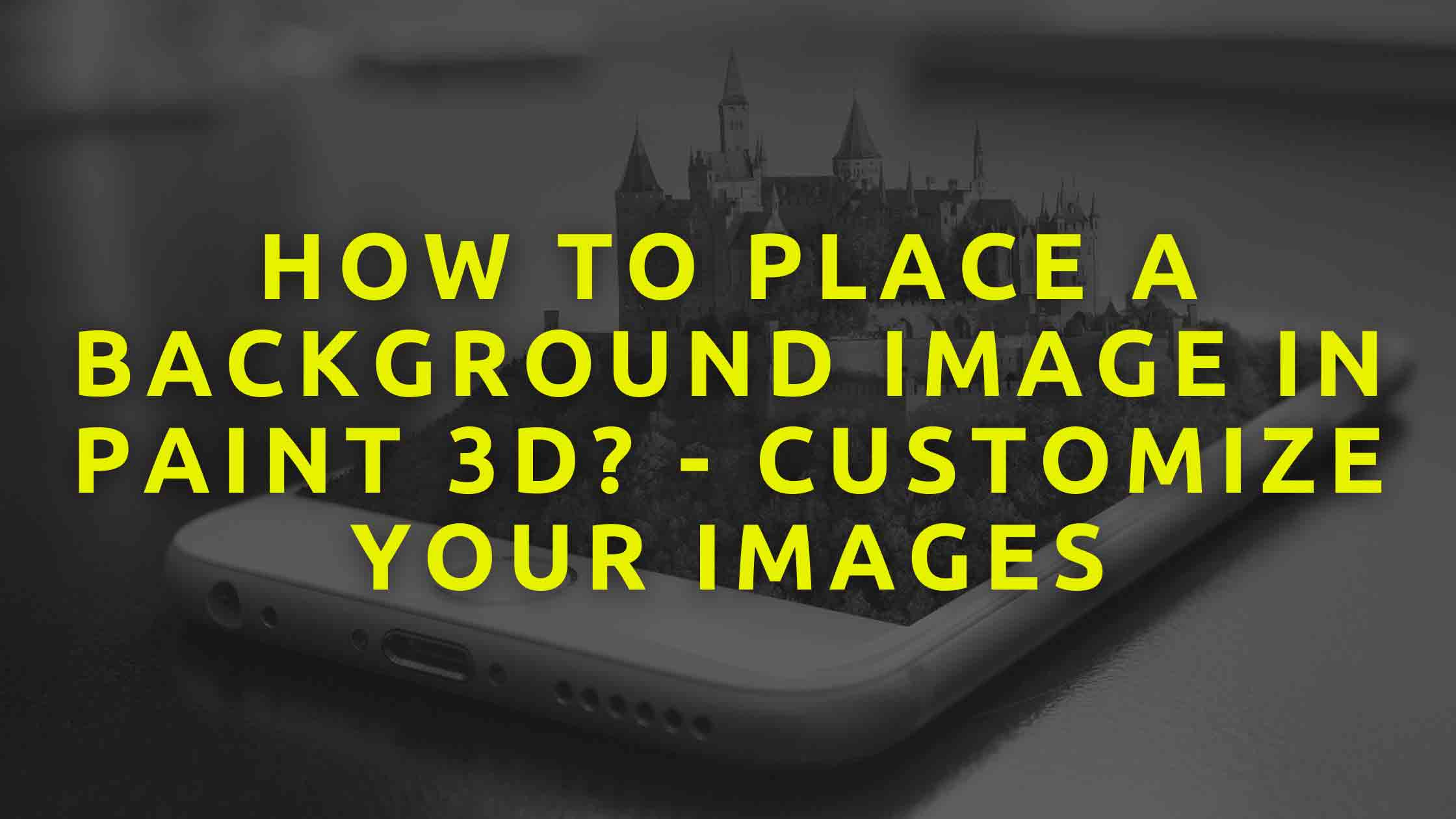 Learn how to place a background image in Paint 3D. Paint 3D is one of the applications that contains Microsoft, which serves us to edit images in 3D format, which is chicken salad determines in almost all Windows computers from 10 onwards.

Well, being a software that is totally free, and that is available on our computers, it is very helpful to know the tricks you can use with this to make your images or projects you want to do, are fantastic and beautiful.

So if you want to know how you can place a background image, that is, remove the background and place it transparent, stay here and learn with us how you can make these images with Paint 3D.

How to insert an image in Paint 3D?

We all know that in the past years, Paint, was an application, which only allows us to edit photos, such as making cuts or changing its color and shape, but this application has now revolutionized the world of editing and now with our Windows 10 we can get what is called Paint 3D.

Now, to be able to insert an image in Paint 3, and to be able to edit it, you have to open the application and go to the section that says select, after this you will have to select the image that you want to remove the background.

After you have selected the image, you must look at the toolbar located at the top of the screen and go to the canvas option.

Further on, you will notice that a toolbar will appear on the right side of the screen, where you should select the transparent canvas option.

How do I edit the background of an image from Paint 3D?

Once you have done the steps I mentioned before, you will be able to perform the following steps that we are going to mention next:

Crop the background of an image

After you have selected the transparent canvas option, in the upper part of the screen, you will have to click on the option where it says magic selection, in this way, Paint will focus on which is the figure you want to cut out.

This way you will be able to obtain your background image, but you must be very careful to select specifically what you want to cut out, because if not, fragments of image that you do not want to appear in it will appear, later when you have cut out the image, you will deactivate the option to show canvas, in this way the background of the image will be removed.

This also allows you to reduce or increase the size of the selected image, so you will have a unique and exclusive image of your own.

After you have the image cropped, you must go to the option where it says insert, and select the background image you want to appear in it.

Then you will go to the effects tab and change the color of the background image, as well as the brightness of the image. After this, you can save or convert the image in the format you want, and in this way you will have the image saved on your device for when you are going to use it or show it.

How to use an image as a new background for another image?

To be able to use an image as a new background of another you have two options; one is to do it as I mentioned before, or the other one is to save the edited image in PNG format; this way it will be saved as a transparent background, later, you will have to enter Paint again and follow the instructions that I am going to tell you next:

As we learned in the previous step, to be able to insert another image over the one we edited you must go to the insert option, and then select the photo, which you want to appear in the background. But if you do not want to place only one image, but several, you will have to do this process until you get all the images you want to merge.

The other option would be to enter Paint and insert the background image and then go to the Stickers option and insert the already edited image. This way, you will also be able to insert other images that you have edited in the same way; and you will be able to create a function from them.

On the other hand, if you do not want to do this with Paint, but with other external applications, you can do it through web pages, which in many occasions, these functions are paid or not, but the important thing is that you will not have to install any application on your computer to be able to edit images.