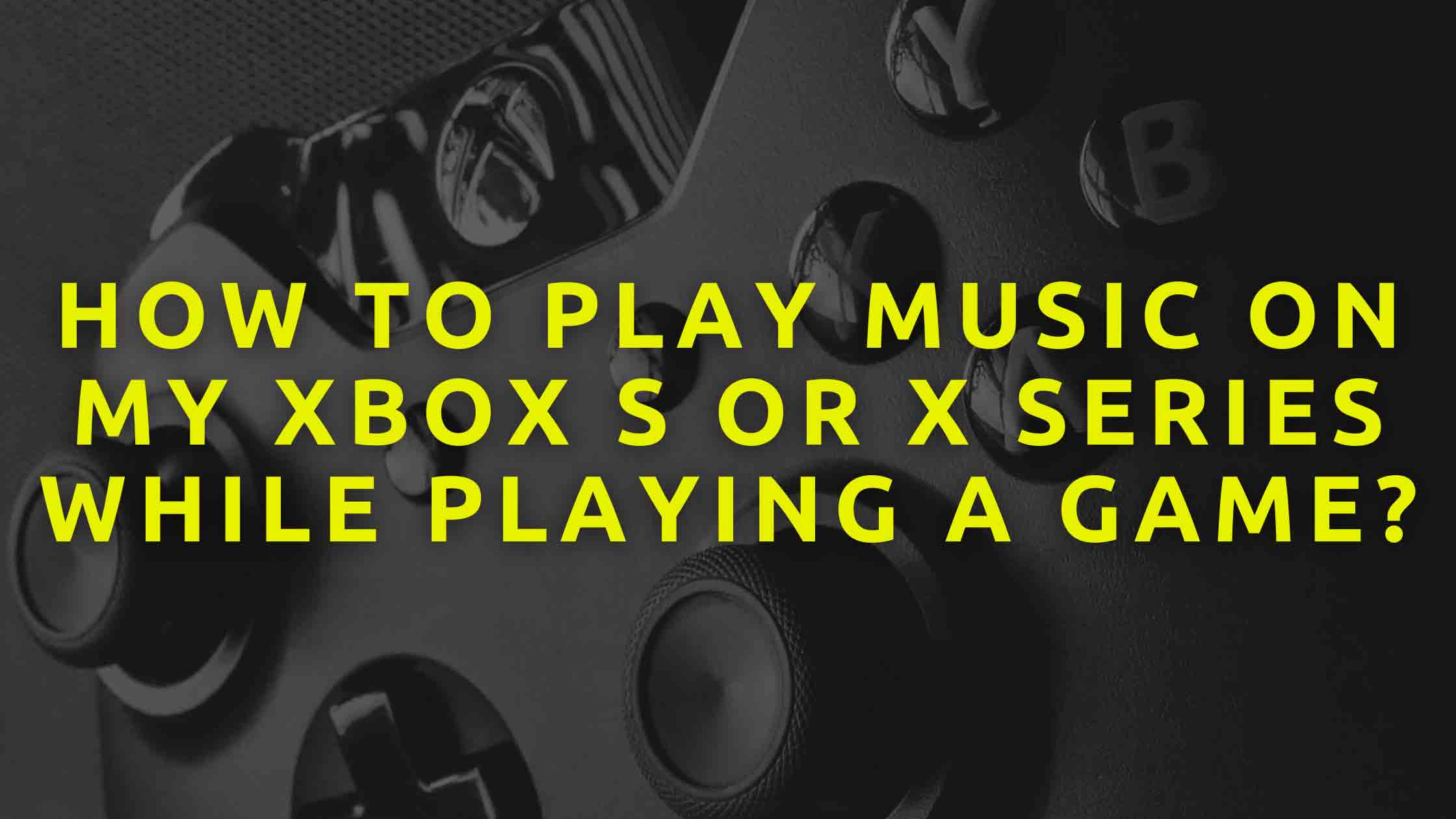 A couple of years ago, Xbox was simply used to play our video games. However, over the years, they evolved to allow users to copy music to their hard drive.

However, later on, they also allowed you to listen to music through a USB stick while playing your favorite game in the background. But nowadays, because of the wifi networks and allowing to install applications.

We can listen to our favorite song, with some of the music applications that we can install on our Xbox. It was for this reason that you could create you this guide, so you can learn how you can place a song in the background while playing, it’s really simple, so let’s go.

How does background music playback work on Xbox X or S Series?

To be able to listen to the background music playback on Xbox series, you have two options one you listen to it via USB or by downloading apps on it, and to do these functions the first thing you need to have, is an Xbox account registration and sign in to it.

After you are inside your account, you will be able to connect the USB memory to your console, and follow the steps that it will explain you, but if you decide to do it with music applications, you must enter to your applications store and look for the application of your preference and download it.

As we mentioned before, in order to listen to music on your Xbox Series, you also have the possibility of downloading music applications, since you can find different applications on the market that offer this service.

However, not all of them are compatible with Xbox.  That is why you go to indicate, are the most recommended for you to install on your Xbox, and listen to your favorite music on your console while you play.

The music application Spotify has always been one of the most downloaded applications in the world, since it offers a wide variety of alternatives to listen to music, besides being a very versatile application, that is, it can not only be downloaded on your Xbox series, but it can also be downloaded and installed either on a cell phone or on a computer.

This way you will have a list of all the songs of your preference, so you will also have a better experience when you are playing.

SoundCloud, is a music application that was founded around 2004, which revolutionized the world of music; allowing you to create music lists and a music library, although it is not very recognized; it can also be downloaded to your Xbox series and this way you can listen to your music from your console.

On the other hand, in Xbox, you can not only install music applications to listen to music on your console, but you can also install applications to watch movies, as is the case of Netflix, which you can enjoy from your console by obtaining your license.

How can you listen to music while playing on Xbox X or S Series?

To be able to listen to music while you are playing, through the Spotify application, the first thing you must do is to enter your app store and download the same console; However, we must emphasize that before installing the application on your console you must take into account that the application is also downloaded either on your computer or phone.

Through these you can link your Spotify account with your Xbox, using the code that is going to provide you at the time of logging into it.

Now, knowing this and downloaded the application and installed on your phone; you are going to log in, and you will go to the official Spotify page, after this you must enter the code that is shown on the screen and thus may indicate the session in the application.

After this, you can go to the game you are going to play, and you will start to control the volume of the game, so that it does not hinder or interrupt the playback of the background music.

How to control the music you listen to while playing a game?

As we already mentioned in the previous section, you can control the volume of the music and the sounds of the game; so that it is not interrupted by the playback of the music.

At the same time, you can go to the option where the music is being played; you can also control the volume of the music, whether you want to listen to it a little lower or higher than it is.