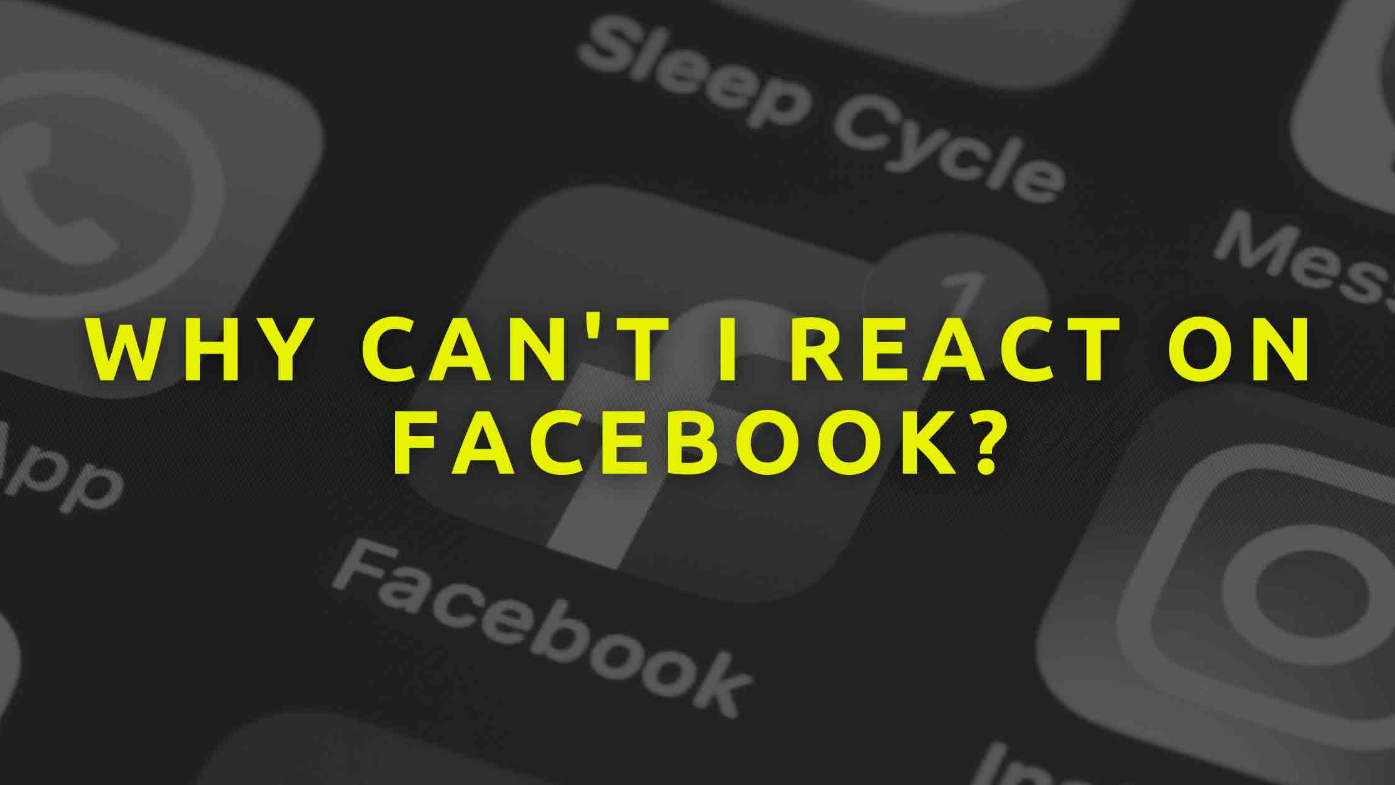 Have you been having problems lately and wondering why I can’t react on Facebook? We help you to locate the problem and solve it.

Facebook reactions allow us to show our impressions of the posts made by our contacts. Thus, we can not only give like but also show if something matters to us, saddens us, or makes us angry. But there are times when we have trouble giving those reactions. And then you may wonder why I can’t react on Facebook. Usually, it’s usually simple problems that can be easily solved.

Sometimes it can be a temporary block. This happens if you have violated one of Facebook’s rules. Usually, the block lasts only a couple of days, after which you can use your account again without any problems.

It is also possible that there is a problem with the application. In this case, close it and log in again, or even restart the phone. If it still fails, we recommend you uninstall the application and install it again.

You are going to comment on the photo of your friend or family member and you encounter a problem, Facebook won’t let me comment or react. As we have already mentioned, it is most likely a temporary block. If you have made abusive use of the social network, it is easy to find yourself in this situation. If you wait a couple of days, everything is usually back to normal.

It is also important to check if the problem only appears when reacting to or commenting on posts by the same person. In this case, it may be that person who has blocked you, so you will not be able to comment again until he/she removes the block.

Sometimes we find that you get to give like, but it does not stay. Thinking about why I like it and it disappears can be a bit desperate.

But the reasons are usually, in the end, the same as we have already discussed. It may be that Facebook has temporarily blocked you and you have to wait a few days to be able to use the application normally again. And it is also possible that the person whose wall you want to like has decided to block your likes. There are even people who have disabled features such as comments, so you can not use them and that does not mean you have something against yourself.

Finally, it is also possible that it is a problem with the application. To differentiate that, it’s as simple as trying to access Facebook from a computer or other device. If it doesn’t give you problems, try uninstalling and installing the app.

If you conclude that the problem is that the platform has blocked you, you will probably wonder why Facebook is punishing you. After all, few people read the full terms of use of the social network, and it is easy to fall into a breach. According to the help section of the tool itself, the reasons for blocking you may be the following:

The length of the block will depend mainly on two factors. On the one hand, the seriousness of the infraction. On the other hand, the number of times you have been blocked in the past. It is therefore important that you take into account the rules of the platform, otherwise, you could be blocked very often and for quite a long time.