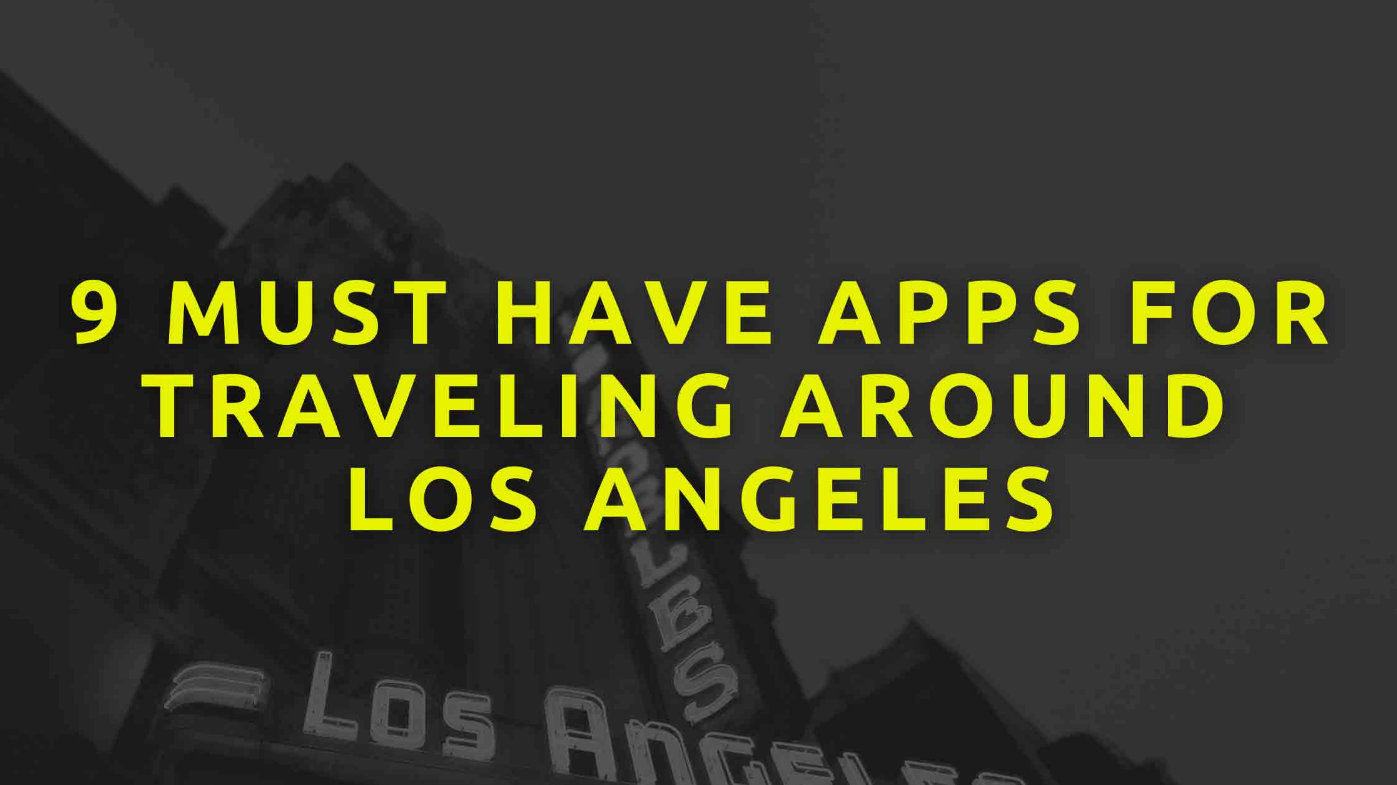 Los Angeles, also known as the City of Angels, is one of the most popular destinations in the United States. Not only Brazilians, but the rest of the world uses apps to explore the city. There is no shortage of reasons, after all, it is where Hollywood is located. The city also has Disneyland, the Disney theme park that spawned Orlando’s Disney World – did you know that Disney World only exists because there was no room in Los Angeles for the park to be expanded? With passport and visa in hand, it’s time to make your list with these 10 apps for traveling around Los Angeles on iPhone and Android! It’s essential to have a map app that works offline since roaming costs are excessive, and not everywhere will have free WiFi available. City Maps2 GO is one of the best options in this regard, allowing you to download a complete map of the city before you go out. It is worth noting that the first map is free, while subsequent ones are sold separately. A more complete app than the previous one – and one that also allows you to download maps to be used offline – GuidePal Los Angeles City Guide contains a detailed search engine. It also has travel itineraries and even the possibility to be guided using augmented reality, like a kind of Pokémon GO but exchanging little pocket monsters for route directions. One of the best apps for getting around the city’s public transportation – which can be chaotic especially for visitors who are not staying downtown, as I was – Transit app in Los Angeles has routes and allows you to plan how you will get around during the day. The app has maps of the bus and subway lines, as well as an alert that informs you when you have arrived at your destination, among other things.

A must-have for any trip – so much so that we also recommended it in our Las angles travel list – Free WiFi Finder expands your device’s native reception. However, the app filters the signals, showing only the signals that are free, ranking them by those that offer the best connection. One of the apps for traveling around Los Angeles that you can’t miss.

Although in most trips the itineraries are already pre-established, this app can bring an element of surprise to your trip. Its proposal is to indicate five different activities every day, such as visiting an exhibition or a restaurant, among others. The directions are also accompanied by the address of the place and a map revealing its location. The app of one of the city’s newspapers, the LA Weekly City App is a comprehensive guide to events happening around the city. Recommendations for restaurants, shows, and nightlife are also part of the app. For the curious, you can use the app to check out local blogs on a variety of topics making it one of the best travel apps for Los Angeles. Disneyland is one of the must-see stops on this trip. While not as grand as its Orlando counterpart, all the magic of Disney is excellently represented in the park. And make no mistake: being smaller does not mean that the park is not big. So be sure to check out Mousewait, an app that shows the current status of the park, such as toys that may be closed, if there are any special events, hours of operation, and expected attendance for the day.

This guide developed for iPhone allows us to have all the route maps of the city, either transport or street guide, having the option to consult the guides at any time since the maps have offline access. tripwolf is available in five languages and, apart from the routes, it provides tourist information and travel tips. If we are walking around New York and do not know which route to follow to get to a hospital, restaurant, bar, theater, museum, ATM, and others, we only need to open the AroundMe application and locate the closest service to our location.

Available for Android and iOS

Which travel apps do you use the most?

With everything set, all that’s left is to download the best apps to find out all the good things the city of angels has to offer. Personally, I highly recommend visiting Disneyland and taking a stroll down the iconic Walk of Fame, as well as the fast-food chain In’N’Out and Chipotle – but stay away if pepper is not your thing -. Which of these travel apps are you taking on your trip? Comment with us at Digiitallife and also check out the best apps to visit nearby Las Vegas!