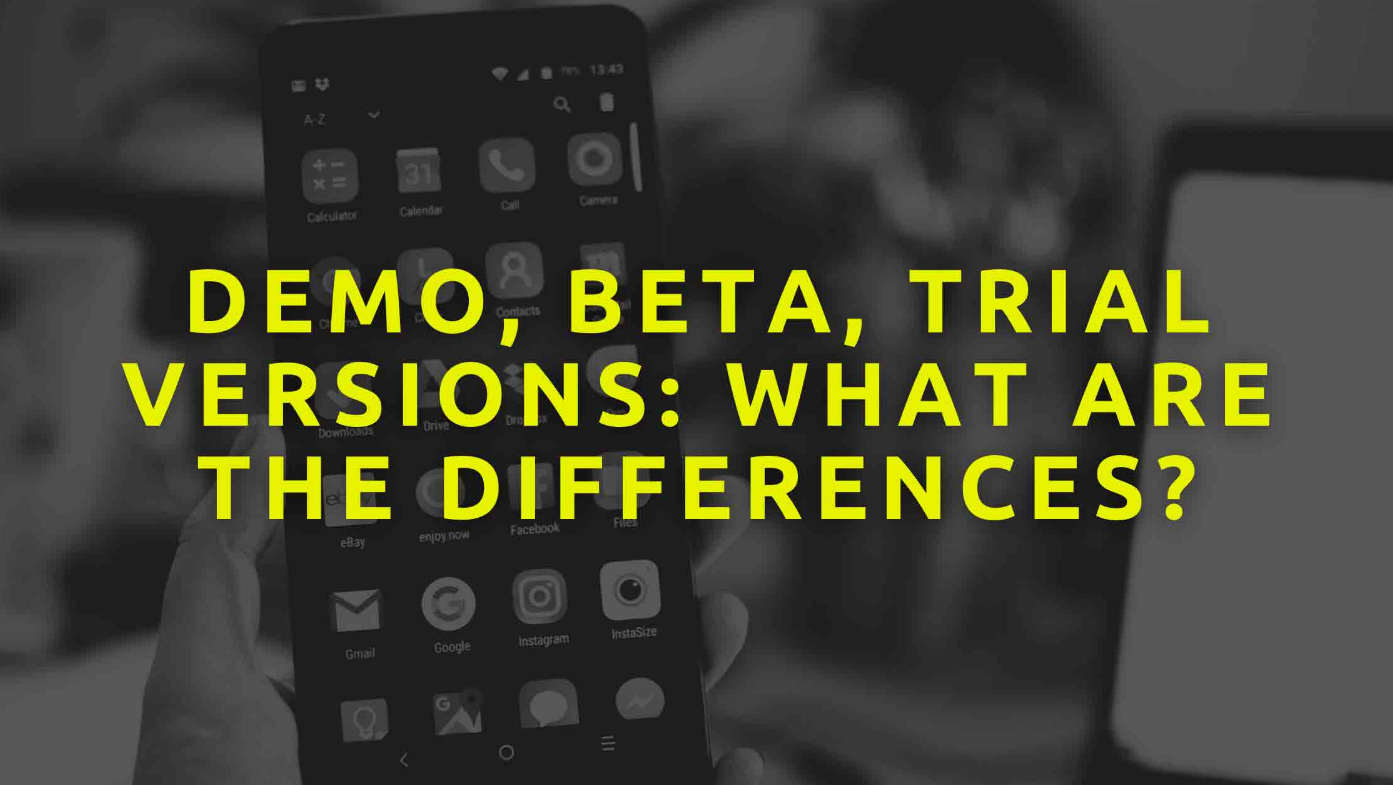 Find out the differences between demo beta trial versions. “Trying is believing” is a classic saying, which today finds confirmation and application in the field of digital entertainment, since the operators in the sector use the well-known “trial” formulas for access to their proposals, which range from demo to trial versions. But what are the differences between these options, and what are their respective advantages for the user?

When we talk about “demo”, we usually refer to a demonstrative mode, in a reduced form, which allows the digital user to get into the “mood” of a certain game. It’s an option that finds particular application in the videogames field, maybe in occasion of the launch of a new product, to test – generally in a free way – its qualities, the appreciation from the gamers and also the eventual bugs, as confirmed by the experience of famous titles that have taken advantage from this experiential form, like “Doom” and “Wolfenstein 3D”. The reduced version, in games, consists mainly in the proposal of fruition of the first levels of the game, maybe with a restricted range of characters, useful however to understand the general atmosphere.

The “demo” solution, however, also extends to another area of digital entertainment, namely that which concerns casinos with no deposit bonus.

In this specific case, users can experience the games in the schedule, and in particular slot machines, without depositing money, but always with prior registration to the site of the legal operator chosen. It must be said that, most of the time, these operators use this marketing formula to propose new titles, in order to evaluate the feedback on the actual functionality of the software.

The distinction, compared to the “demo” ones, is strictly connected to the videogames field, since in this case the testing does not concern a definitive product, but a provisional version extended, besides the technicians, also to a wider audience of specialized users, the so-called “beta testers”, able to identify possible software flaws and to contribute to the improvement of the product and to the resolution of possible programming errors. All this to the full advantage of the good success of the title in question, once released on the market.

As the beta versions, also the trial versions are mainly accessible to the videogames users, without previous necessity of purchasing the game.

In this case the major use of the option is related to the world of consoles, such as Xbox.

The main difference with the demo is that, while the latter can guarantee testing only for one or maximum two levels, the trial version usually makes the game available in its entirety, and then makes it fully available at the time of purchase, without further downloads and, in some cases – depending on the operators – even maintaining the objectives achieved in the testing phase.