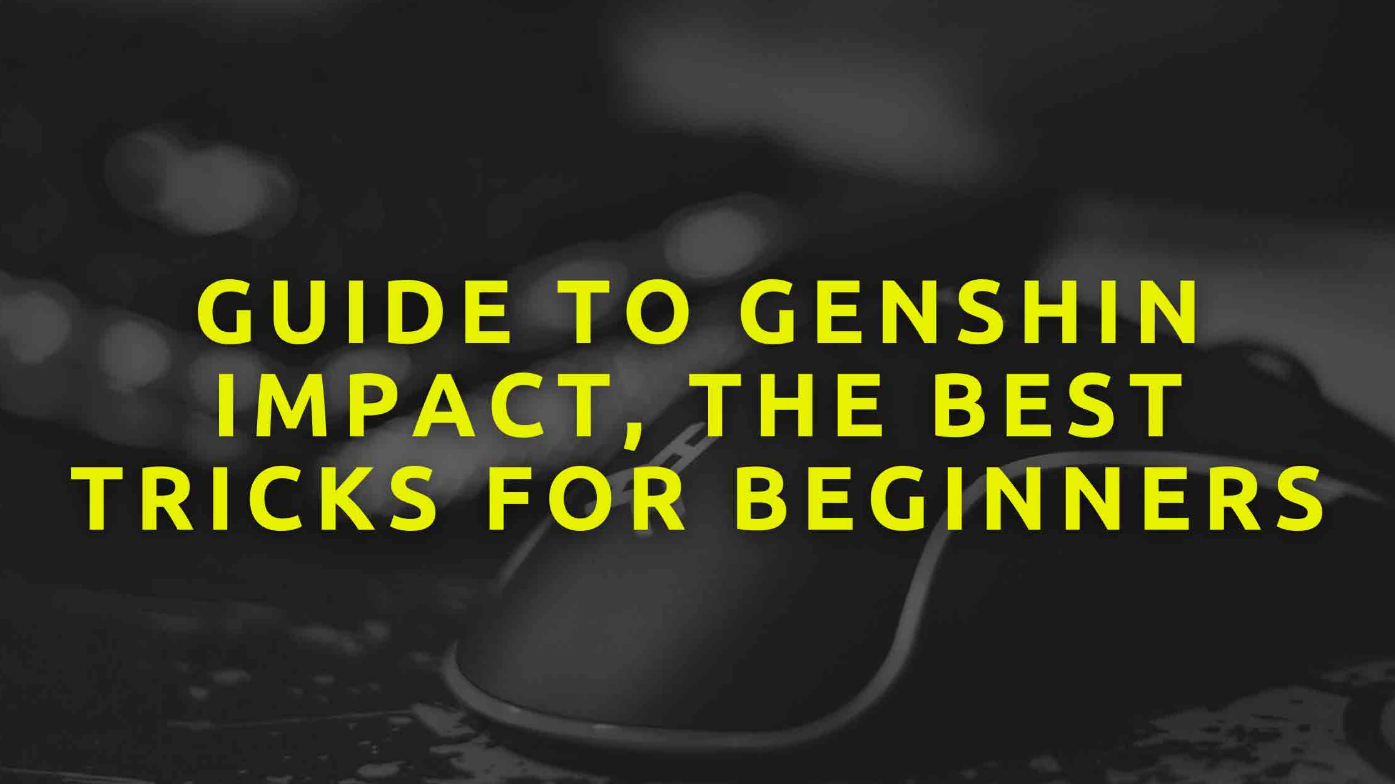 One of the best free games you can play on any platform is Genshin Impact. Mihoyo’s game has completed a year of life and the community continues to grow day by day.

Although it is not a game where battles between users are possible, many are looking for ways for their characters to defeat bosses in the fastest, most effective and spectacular way with the characters’ abilities. It may take you a while to get to that level, so we’re going to give you a little guide on Genshin Impact for beginners.

What is Genshin Impact all about?

There are many video game developers that have started with a freemium system game with the aim of attracting players.

In the case of Mihiyo we come across a Chinese firm that once launched its Hokai Impact for cell phones, from which now comes its proposal in a more fantasy and less cybernetic world. Its name is Genshin Impact, and you may have already seen more than one video telling some of its secrets.

In the case of this new title we will go to Tevyat, a world in which there are a total of seven archons defending a Vision. To understand, these archons are the guardians of the world and each one has an elemental power that they can grant to other people. But the main character is the Traveler, that is, you, who after an arduous fight loses your brother or sister, depending on the gender you chose, and you try to find him or her.

For this you will need the help of the Visions and those who have them, not to mention that you will have to help them in their affairs to maintain the balance in all regions of the world.

Now that you know what the game is about, it’s time to talk about the most basic concepts. In Genshin Impact you must keep in mind a few basic concepts.

The first of all is your adventure rank, which will go up as you complete missions. This will determine the level of all the monsters you encounter, which will directly affect the rewards you get when you defeat them.

The other important point of this Genshin Impact guide is the quests. These are obtained at the Adventurer’s Guild booth in each region, although some will appear on the map randomly. But every day you will have to complete four quests that will give you important materials for your progress.

One of them is our third point: the protogems. This is the “currency” to buy wishes. Every 160 protogems you have either an Intertwined Fate or a Fate Encounter, which serve to make wishes but the former is used in the promotional gachapon and the latter in the permanent gachapon. Use the protogems well depending on the characters you want or weapons you need.

The fourth point is the resin. Each day you have a total of 160 resin points to spend, either in domains, bosses or ley lines. Its use is to unlock the different rewards that can be experience books, resources or artifacts.

One of the points you need to know is that there are promotional codes for Genshin Impact, which you can find on the Internet. These are redeemed from the game’s website or by going to Settings > Account > Redeem codes. The codes will give you Mora (money), protogems and other items as well as cooking recipes.

Finally, when you get a new character, weapon or artifact do not focus on its stars, but on its abilities in the case of new characters or the special features of each weapon.

In this Genshin Impact guide we will also talk about the characters. The team that you must carry is composed of four characters, which have an elemental consonance.

As we told you before there are a total of seven elements: Anemo (air), Pyro (fire), Hydro (water), Cryo (ice), Geo (rock), Electro (lightning) and Dendro (plants). Of all of them, the last one has no character assigned yet, but you can try different combinations depending on what you need.

Each character has his elemental abilities, which you can combine with those of the rest of the team to create elemental reactions. These cause effect changes such as freezing or crystallization, raise the character’s characteristics in play, heal them, etc.

In addition, everyone can wield a type of weapon: spears, swords, bows and bows with which to cause more damage and raise the stats with which to improve the talents.

In this Genshin Impact artifact guide we are going to tell you the basics you need to know. Each character has a total of five slots corresponding to a chalice, a diadem, a watch, a feather and a flower.

The important thing about each one is the characteristics that each one grants (which will improve the attributes and skills of a character) and the set.

An artifact set is a combination of two or more artifacts. With two and four artifacts of the same family you will get the attributes of that family and you can have up to two active families at any time, if the sum of two artifacts of each and an extra one suits you.

These are improved by strengthening them with other artifacts that you have repeated or that you do not use. You will find them in the domains or investigating around the map.

Weapons, like the characters in Genshin Impact, improve in two ways. The first is with strengthening, which is achieved by forging several weapons that you don’t use or with gems. And the second is refinement, which increases the weapon’s rank and its passive effects thanks to the fact that you refine a similar weapon.