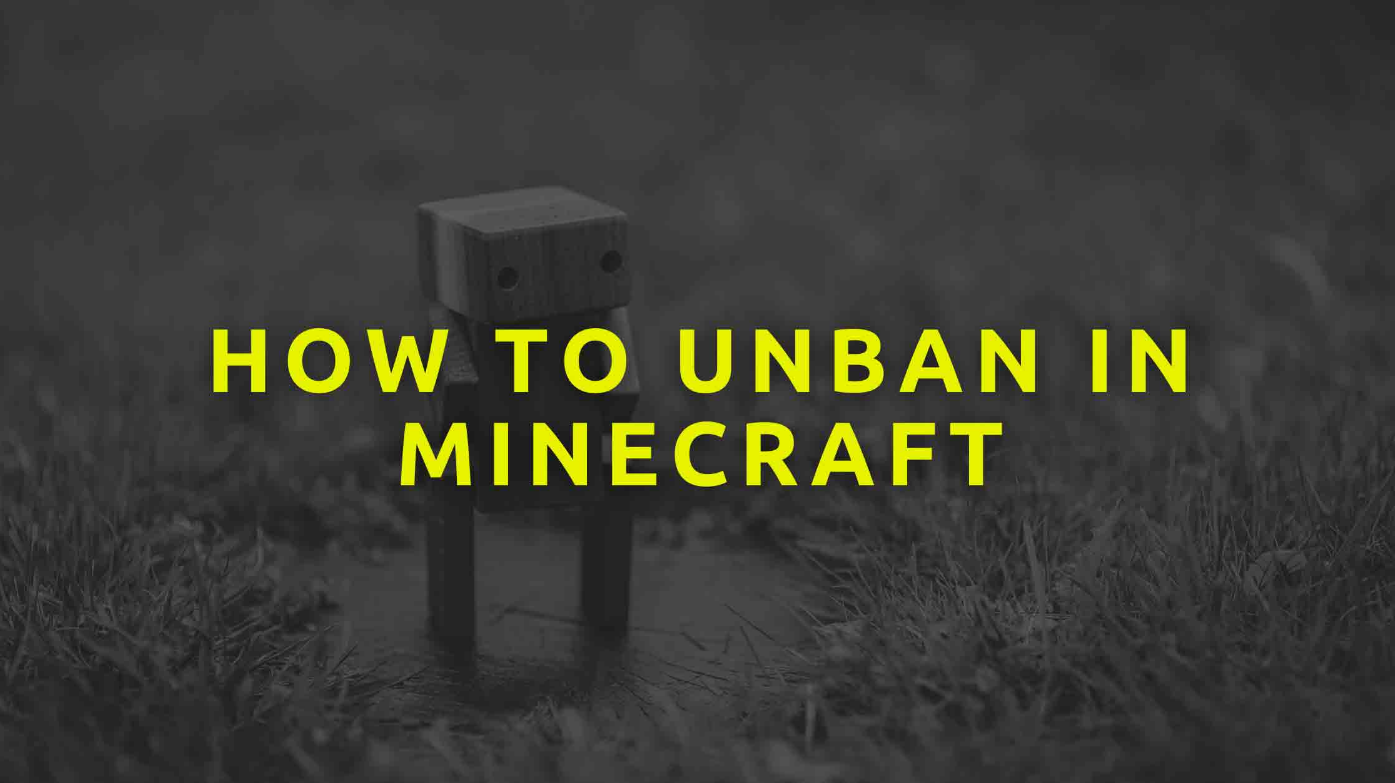 Minecraft is a particularly interesting game to play in company. However, you know that within the online community, as in the real world, there are also people who do not behave very well. In this context, it is important to have a ban feature to “remove” players who don’t respect other users and make unpleasant actions towards them.

Despite this, in some cases, there can be “second thoughts”. On the other hand, sometimes it happens that someone gets banned by accident, in some contexts even for “joking”. For this reason, it may be useful to know how to ban Minecraft, to remedy any “mistakes” (also committed by others).

What do you say? Are you ready to delve into this? Are you? Perfect, come on then: all you have to do is take some time off (although in reality, the guide is not that long) and follow the directions below. That said, there’s nothing left for me to do but wish you a good read.

Before going into the details of the procedure on how to unbanning on Minecraft, I think you might be interested to know more about this possibility.

Well, you have to know that the reverse operation of the ban cannot be done by everyone, as it happens for the ban itself. Only the administrators of the server or whoever has the authorization can perform this operation.

In other words, you must have your server do all the banning operations. Alternatively, I remind you that you can always contact the managers of the server where you are playing (even using the chat) if you are playing on a server that does not belong to you.

In any case, if the server is yours and you were wrong to ban someone since the player involved was not a griefer, you can continue reading the tutorial.

In fact, in this guide, I will show you how to behave in this case. On the other hand, the command to ban comes easily to mind when someone is not behaving well, but then actually it is not an everyday operation to remove the ban to someone. Let’s see how to proceed.

How to ban in Minecraft

After explaining the general situation, I’d say it’s time to get “into the thick of it” in the tutorial, actually explaining how to remove the man from a user in Minecraft. Below you’ll find all the relevant directions, related to both the Java edition of the game, available only on PC and the Bedrock one, available instead on Windows 10, consoles, and mobile devices.

How to unban in Minecraft Java Edition If you’re used to playing from the Java version of Minecraft for PC, you should know that carrying out remove the ban imposed on a user is not very difficult (although you need to take some precautions).

The basic requirement is, as I explained in the preliminary chapter, to be an administrator of the server. If you own the server, I remind you that to get the privileges you just have to use the command op [your username]. In this way, you will become admin and you will be able to do “the good and the bad time” inside the virtual room.

Once this is done, you have everything you need to be able to “correct” the wrong ban. Everything depends on what kind of “block” you have chosen for the user involved. I remind you that in the Java edition of Minecraft for PC you can ban a player in two ways: based on his nickname or his IP address.

In the first case, the player’s name is simply banned, while using the second method you can prevent the player from coming back with other accounts through the same IP address (griefers over the years have unfortunately found ways to get around the latter, but that’s another story).

In any case, if you have simply used the /ban command, you have surely imposed a “lock” on the player’s nickname. I remind you that to ban a user’s IP address, you must use the /ban-ip command.

If you want to go back and let a user play again on your server, you must use the command /pardon [username] to ban the nickname or /pardon-ip [username] to ban the IP address (you must know the IP address of the player). By doing so, you will remove the restrictions for the person involved. To open the command console, you must of course use the T button on the keyboard.

In case you forgot the nickname of the player you banned, I remind you that you can easily get a list of those who can no longer access your server. To do this, just use the command /banlist players or /banlist ips.

In this way, you can get the list of banned players in the “classic” way or through the IP system. In short, now you know everything you need to know about the possibility of returning to play someone on your server.

I remind you, of course, as I have already let you know previously if the server is not your property you can always turn to the administrators or whoever, reporting users who do not behave well.

How to unban on Minecraft Bedrock How do you say? Do you usually play Minecraft through the Bedrock version? No problem, I’ll explain the situation right now. Let me remind you that the Bedrock edition is available for Windows 10, consoles, and mobile devices. Simply put, if you’re wondering, for example, how to unban on Minecraft for PS4, this is the chapter for you.

In this case, there is no specific command to ban a player, so the procedure is different than the one for the PC Java version. I remind you that in the Bedrock edition of Mojang’s title, not a few people “ban” players by simply building a dungeon.

In simple words, the administrators create a structure to “trap” the character of the user who has not behaved well inside a structure placed in precise coordinates. In this way, the player does not see anything and cannot disturb.

In this case, to “ban” a player, you simply have to act the “old-fashioned way” and get him out of the prison. First, you will have to ask the banned player to tell you the coordinates of the facility.

In any case, often in the Bedrock version of the game to get someone back to play you just have to exit and re-enter the server. Alternatively, you might want to send an invitation to the person involved or restart the world.

Simply put, fixing your own “mistake” is not difficult even from the Bedrock version of the game. Of course, you’ll just have to think twice before letting someone back into the game, since there’s probably a reason some administrator decided not to let a particular user back in.