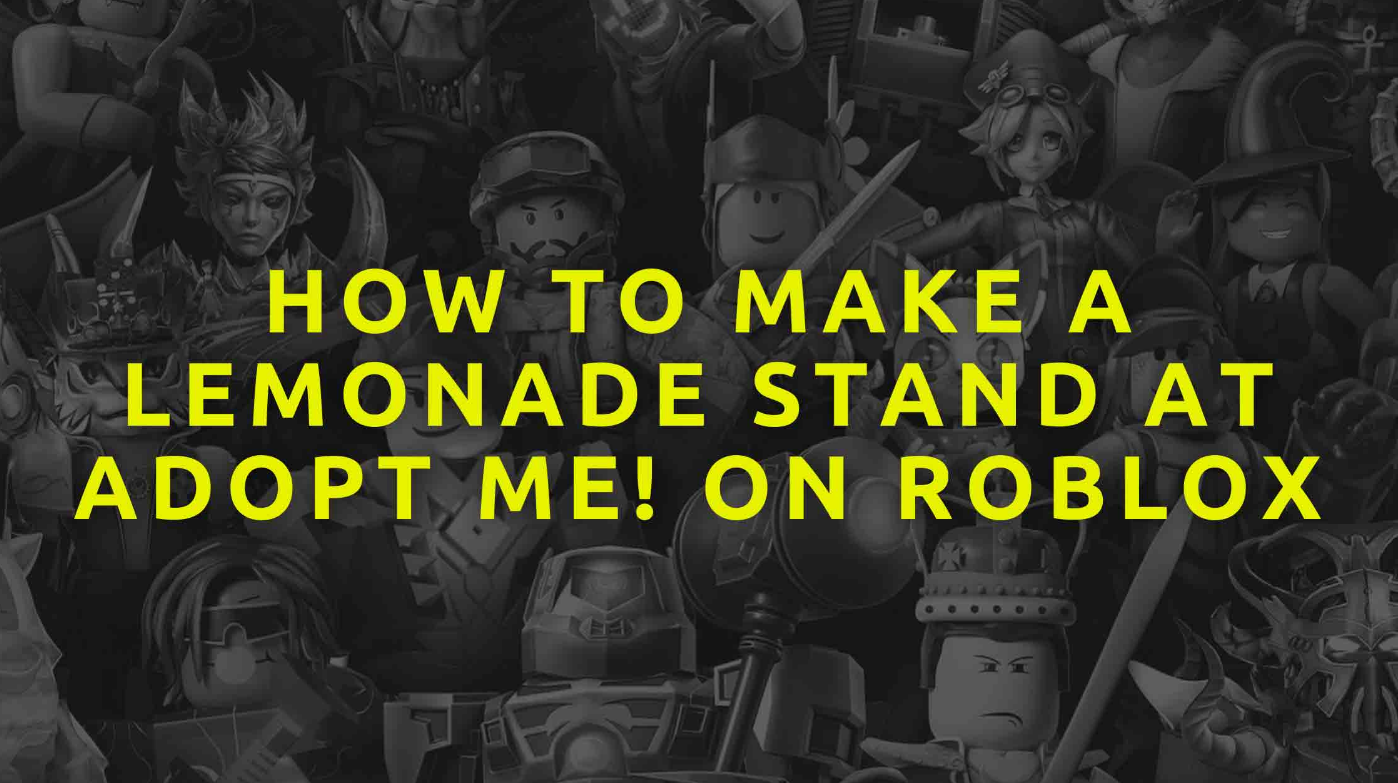 Are you an Adopt Me player and want to set up your own business to earn in-game money? See how to make a lemonade stand in Adopt Me! in Roblox.

Adopt Me! is part of the huge online gaming platform Roblox. The game, whose objective is based on the adoption and care of children and pets, has more than 64 million active users and is especially popular with boys and girls between 9 and 12 years old.

In addition to the care and adoption of these pets in the game, you can perform many more actions such as dressing the character, buy furniture and other objects such as vehicles, chat with other users, and trade with them….

Something that can also be done within the game is to set up a business through the sale of lemonade. If you want to earn money in the game, at the same time as taking care of pets you can sell this lemonade soda. To do this we tell you how to make a lemonade stand in Adopt Me! in Roblox.

With the lemonade stand, you can get money from all those players who come and buy the soda. You will be the one who chooses where to install the stand and the selling price of the product.

The lemonade stand appears with other elements inside such as a cash register to keep the money from sales, bottles, a flower pot, and even a stuffed animal. The top sign of the stand advertises “Lemonade from (player’s name)”.

To find out how to make a lemonade stand in Adopt Me! in Roblox the first thing you have to do is open Roblox on your mobile and once inside the Adopt Me! game click on the pink arrow-shaped tab that appears on the side. When the menu opens choose “Shop”.

Then look for the ad “Sell lemonade to your friends to earn Bucks! Click on the green button to buy it and then it will be included in your inventory. Once you have it selected it will appear transparently. It will float until you choose where to place it. Place it and touch the mobile screen to fix it.

Once it is in place you can set the selling price of the lemonade which has to be between 1 Bucks and 20 Bucks. After that, you can start selling lemonade to other users. If at some point you don’t feel like selling the soda anymore, remove it and put it back in your inventory.

This way of earning money through the lemonade stand is preferred by a lot of users. The lemonade stand was launched in 2019 and is with the hot dog stand and the ice cream truck, the three money-making businesses in Adopt Me!

How much is a lemonade stand worth on adopt me! Now that you know how to make a lemonade stand in Adopt Me! in Roblox you should also know that this stand is not free, but you have to pay for it when you go to buy it in the store.

The lemonade stand costs 50 Robux. If you do not pay this amount you will not be able to purchase it from the in-game store.

How to steal a lemonade stand in adopt me!

If you don’t want to pay for a lemonade stand there is another way to acquire it, although it is unethical. The way to get it is to steal the lemonade stand from a user who has already purchased it.

You can simply steal the lemonade stand if its owner leaves. Stand in front of the stand and click on it to make it yours. When you steal it, you will appear as the owner’s name and you will be able to set the selling price of each glass of lemonade.